Home / News / MMF ReBuild Fund Round 4
< Back to articles 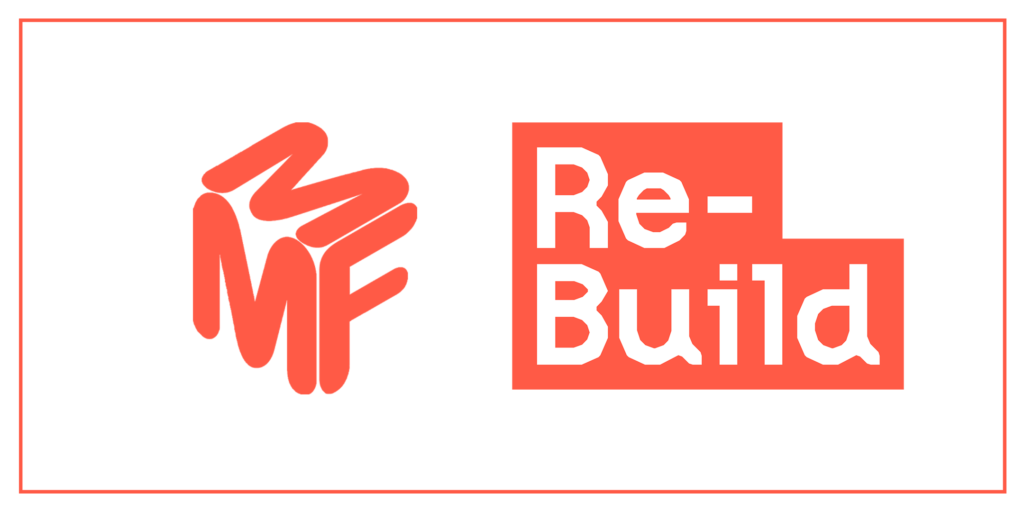 PPL, the BRIT Awards and Hipgnosis donate to Round 4 of the MMF’s ReBuild Fund

The Music Managers Forum (MMF) is delighted to announce the opening of a Round 4 of its ReBuild Fund today. The fund provides emergency support to music management businesses who have been adversely impacted by COVID-19 but excluded from Government assistance packages.

Applications can be made here.

The new funding round has been made possible following additional donations from PPL, the BRIT Awards co-ordinated by the BPI and the Hipgnosis Songs Fund.

These individuals help guide the careers of more than 400 artists, songwriters, producers and DJs. The much-needed financial support has been complemented by expert-led sessions in group resilience and financial planning delivered by companies including Smith and Williamson, ie:music and Motive Unknown.

ReBuild was launched after MMF research revealed a double whammy of reported cash losses for music managers of £5.6m in May 2020, combined with the inability of sole traders and limited companies to access the Self Employment Income Support Scheme (SEISS). The MMF’s Managing Expectations report highlighted the increasingly entrepreneurial role played by music managers, and particularly as investors and developers in the careers of artists and other music-makers.

“Despite the hope of returning to live music this summer, many music managers continue to grapple with the twin shocks of a pandemic and Brexit making the road to a full recovery a long one. ReBuild has been essential for many of these managers’ survival, and to date we have supported 77 music management businesses through the fund who were unable to access Government’s SEISS scheme or furlough. With this fourth round of funding, we’ll be able to spread that support even wider.

“This is all dependent on the generosity of others, and on behalf of the UK’s music management community I want to say a huge thank you to the labels and performers and all at PPL, the BRIT Awards, and Hipgnosis for their incredible ongoing support. I also want to flag the work of Help Musicians who have administered the grants process so efficiently, as well as the role played by the MMF’s Paul Bonham in establishing the fund alongside the tireless advocacy of David Stopps. None of this would be possible without them.”

“Many of our industry’s skilled and hardworking professionals have been badly hit by the pandemic and PPL has sought to help them by donating more than £1 million to a number of hardship funds. These initiatives, like the MMF’s ReBuild fund, have sought to help the diverse members of our music community withstand the worst of the financial hardship over the past year. We are proud to yet again support ReBuild, a programme that enables artist managers to continue to develop the outstanding musical talent for which the UK is widely recognised.”

“In the absence of events for our brand and artists in 2020 and in the wake of complete financial support exclusion from the government as LTD Company directors we found ourselves needing to support a successful debut album release from our client LOUISAHHH on HE.SHE.THEY. Records as well as multiple other releases from our management clients. Help from the ReBuild scheme allowed us to cover our business overheads in order to keep servicing our clients and continue working to spearhead further diversity projects as part of HE.SHE.THEY. such as PRIDE stream alongside Beatport & TWITCH with over 1.2 million people tuning in globally over 14 hours. We were additionally able to sign more music to our other HE.SHE.THEY. Records imprint with ADA; platforming global talent from primarily womxn, POC and the LGBTQIA+ community. We were also able to release a trans inclusive remix EP for Alanis Morissette and give our time to speaking in multiple forums regarding diversity in electronic such as the RA Exchange.”

“Our priority release last year was the debut album from Koven, scheduled for March 12th. We were so deep in the campaign that moving the release date was impossible, and, to be honest, we only really appreciated the gravity of COVID-19 that week. After lockdown, we lost around 60 dates of a world tour and, with the artist still being in recoupment, it meant that revenue streams were pretty thin! ReBuild funding enabled me to keep focussed and not have to rely on freelancing, which led to us successfully re-launching a deluxe edition of the album in March 2021 as well as developing our business digitally, resulting in a huge sync for the track Light Up and recording the world’s first ‘Bullet Time’ DJ set which aired on UKF.”

“My client ZieZie had bookings across the country but  due to COVID the shows we had were cancelled so hardly any income was coming in limiting our ability to continue to record and release music.  Thanks to MMF, ReBuild funding enabled me to cover studio and office operational costs and support my clients to complete singles and projects. Gambino LA MG completed his mixtape ‘En Aattendant Gambinerie’ which came out 29 January 2021 growing essential streaming incomes.”