Quick Guide to the Music Modernization Act for Music Managers 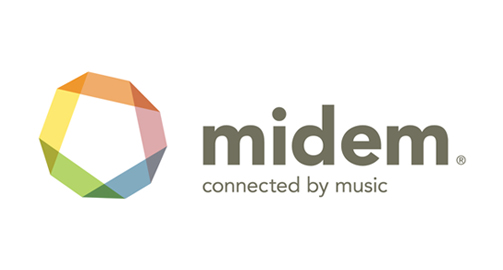 Annabella attended MIDEM last week and went to couple of very interesting sessions on US Music Modernization Act and its implications for song writers.

Even if your artist, producer or songwriter has just a small number of streams in the USA, it’s worth understanding what impact the Music Modernization Act (MMA), currently going through the US Congress, should have on streaming remuneration, for both Spotify-style on-demand services and personalised radio like Pandora. I heard some great discussions about this at MIDEM last week and thought it was worth trying to summarise the key points for MMF members.

Firstly, the MMA aims to deal with issues that have long plagued the streaming business in the US concerning the licensing of song rights; issues which have led to numerous court cases against streaming services, the most notable of which have targeted Spotify.

As our ‘Dissecting The Digital Dollar’ book explains, streaming services need licences covering both the so called performing rights and the mechanical rights in songs, and it is the latter that have caused problems in the US. Mainly because there is no collecting society representing these rights, whereas in the UK we have MCPS which licences wherever direct deals haven’t been done between publishers and platforms.

The MMA aims to address this by creating a new licensing system for mechanical rights that includes a blanket licence administered by a new collecting society, so a sort of American MCPS. This new body will be tasked with creating a single publicly accessible database of US songs and will be accountable for ensuring that the right publishers and songwriters are paid their streaming royalties.

Where they haven’t been able to match songs to tracks, the database will also list the unclaimed works so that publishers and songwriters can review the list and claim their music. The new organisation will be required to wait three years before re-distributing royalties associated with unmatched works, to give time to actively search for the copyright owner.

The new society will be paid for by the streaming services but run by the music industry. Originally the society was going to be mainly controlled by music publishers, but a recent compromise has ensured that self-publishing songwriters will also get direct representation on the new organisation’s board, and both publishers and songwriters will have audit rights.

This new system is very much supported by the streaming services (hence why they have agreed to pay for it). Under the current system the services must identify who owns each song on their system and provide that rights owner with the paperwork and payments that are required by law.

Where they (or their agents, like the Harry Fox Agency) fail to do so, the streaming services are liable for copyright infringement and so called statutory damages, which could be as high as $150,000 per song. Under the new system, where direct deals with publishers are not in place, they will be covered by their blanket licence from the new society.

In addition to the new society and blanket licence, the MMA also changes the rate setting criteria for the Copyright Royalty Board (CRB) which, among other things, sets the rates that are paid whenever the mechanical rights are exploited in the US. Rates for mechanical royalties are controlled by the CRB because mechanical rights are covered by a so called compulsory licence in America.

The new criteria will be based on the idea of “willing buyer/willing seller”, with the aim of getting rates that are closer to what would be negotiated in a free market. This replaces the previous “pre-existing services” standard which publishers felt under-valued their works. Actually, the CRB did recently decide to increase the rate paid to publishers and songwriters on streams under the existing criteria, but it is hoped that the new criteria will mean royalty rates more in line with market value will become the norm whenever the CRB sets the rates in the future.

The MMA legislation that is now in Congress actually brings together three separate acts that had been previously proposed. The second is called the CLASSICS Act, which aims to address an issue with pre-1972 sound recordings.

In America, recordings released before 1972 are not protected by US-wide federal copyright law, but by a hodgepodge of state laws. This has led to a dispute over whether or not services like Pandora and Sirius should pay royalties to artists and labels when they play older recordings, because it was federal law that introduced that royalty obligation on online and satellite radio services in the 1990s.

The CLASSICS Act will introduce a digital transmission right for any pre-1972 sound recording still in copyright in the US, meaning artists that appeared on those recordings will now be due royalties from online and satellite services. For artists, that income is usually paid via the SoundExchange collecting society.

The third act that is part of the MMA package is called the AMP Act, which stands for “Allocation For Music Producers”. This seeks to formalise the process via which record producers can share in any SoundExchange monies related to tracks they produced.

Producers weren’t specifically mentioned in the aforementioned law that stated that online and satellite radio services must pay royalties to artists and labels. SoundExchange does have an informal system in place where it pays royalties direct to producers subject to artist approval, but the AMP Act will formalise that system.

It should be noted that the MMA doesn’t sort out all the issues for music with US Copyright law. At one of the MIDEM sessions on the Music Modernization Act, CMU’s Chris Cooke presented the ‘top five US copyright quirks’, and noted that only three of those quirks were addressed by the MMA (you can download his presentation here).

Perhaps the biggest unresolved issue is the fact that there is not a general performing right for sound recordings in the US, which means that AM and FM radio stations pay no royalties at all to artists and labels.

But even so, the MMA contains a lot of good measures. It is not yet law, there are a few more legislative loops to go through first, but it’s looking likely that it will be passed. Watch this space for further updates.

If you are really interested, you can watch the two main MMA discussions at MIDEM on YouTube. The first goes into the nitty gritty of the legislation from a legal perspective. The second looks at how the legislation came about, what it means in practical terms, and what might happen next about the other issues with US copyright law.