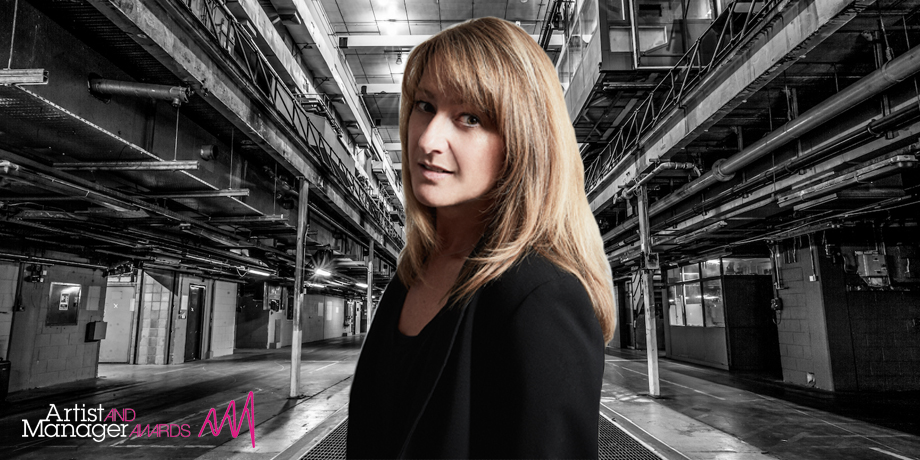 Sponsored by Spotify, the Awards takes place on the evening of Tuesday November 14th at Printworks London.

A hugely popular choice by our panel of MMF and FAC members and industry representatives, Jill’s award recognises her work with some of the world’s most successful producers, including long-term partnerships with Jacknife Lee (The Killers, U2, R.E.M.) and Youth (Pink Floyd, The Verve, Embrace), as well as Ash Howes, mix engineer for artists including One Direction, Dido and Jack Savoretti.

Jill founded Echo Beach Management in March 2016, after 12 years at Big Life Management as producer manager, as well as A&R roles at Polygram/Island and Telstar. Before moving to the UK in 1995, Jill was editor of the Australian dance magazine 3D World.

“I’m blown away by this honour! To be recognised in this way by my fellow manager colleagues makes it uniquely special to me, and following on from founding my own company just over a year ago. I’m very aware that this award also reflects the quality of music that my clients work so tirelessly and passionately to create, so I’m pleased to share this award with them all.”

“The calibre of Jill’s clients and the sheer longevity and success of her creative partnerships with the likes of Jacknife Lee, Cam Blackwood and Ash Howes is testament to her talents as a manager. Echo Beach has quickly won a reputation as a real leader in its field, and MMF are delighted to honour Jill with this award.”

“BMI is honoured to be sponsoring this award and recognising Jill Hollywood’s talented career in the music industry.”