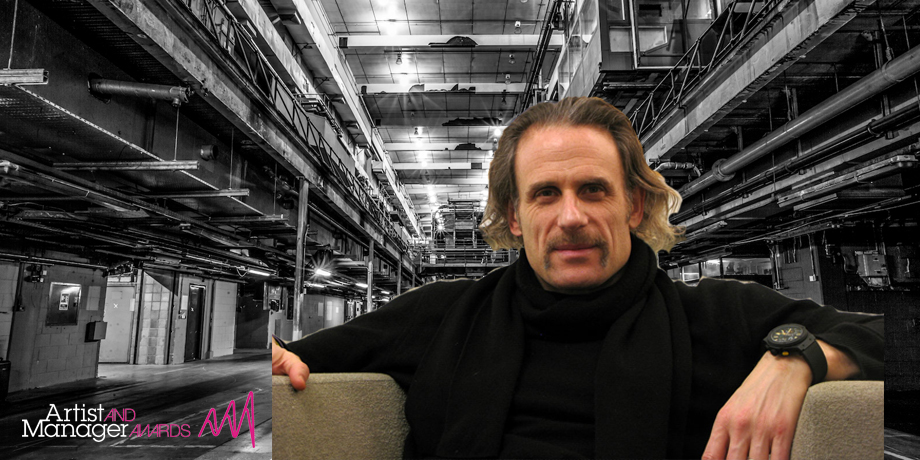 Sponsored by Spotify, the ceremony will take place on the evening of Tuesday November 14th at Printworks London.

Jonathan has worked with Depeche Mode since 1986, initially as an accountant on the Black Celebration tour, before helping oversee the band’s evolution to stadium performers with the albums Music For The Masses (1987), Violator (1990) and Songs of Faith & Devotion (1993) – the band’s first UK/US number one. In 1994, and still aged under 30, became their first and only manager. Over the last 30 years, Jonathan has also worked and consulted with other artists and managers across the industry, including Sting, Neil Young, Tracy Chapman, The Weeknd, a-ha, and Rod Stewart, leveraging his business background to help artists reach their full potential.

Hugely influential on a generation of artists, Depeche Mode are a genuine global phenomenon – always pioneering, effortlessly blending creative and commercial success, and selling over 100 million albums. And their career remains in full-flight. In 2017, the band released Spirit on Sony Music, their 14th studio album, headlining the BBC 6 Music Festival in March before embarking on a 150-date world stadium and arena tour – including sold-out stadium shows in London, Germany and across all of Europe, and a record-breaking four nights at the legendary Hollywood Bowl in Los Angeles.

Following the Artist & Manager Awards the band return to Europe and the UK for another four months of arena shows before continuing to stadiums in Latin America in March of 2018. The Global Spirit Tour concludes in Sao Paulo, Brazil, in March 2018.

Jonathan remains an enigmatic figure, but a crucial part of the Depeche Mode story that started in Basildon with Mute Records in the early 1980s, and runs to their current status as one of the UK’s most successful and innovative music exports. He is a worthy winner of the Peter Grant Award.

Kessler, said: “I am thrilled, honoured and humbled to be considered and chosen to receive the Peter Grant Award – thank you very much to the MMF and FAC. Depeche Mode are incredibly talented musicians and performers, we’ve experienced over thirty years of history together, and it has been an honour to be a part of that journey.”

Annabella Coldrick, Chief Executive, MMF said: “Jonathan was a unanimous choice for this year’s Peter Grant Award. Depeche Mode have always been a watchword for pioneering independence, and under his guidance have evolved into one of the UK’s most globally successful and respected bands. A place where they remain today. We are hugely excited to celebrate Jonathan’s work and his contribution to their success.”

Peter Leatham, Chief Executive at PPL commented: “Jonathan is an industry icon and a figure who is as distinctive as the band he manages. Depeche Mode are an uncompromising, maverick band who have always stayed true to their artistic vision – the fact that Kessler has been at the management helm since the early days of their career is a testament to the relationship he has with them.”

The Peter Grant Award, named after the legendary manager of Led Zeppelin, is awarded annually to a manager who has gained the respect of their peers over a sustained career. Previous recipients at the Artist & Manager Awards are Peter Rudge (2016), Jim Beach (2015), Paul Loasby (2014), Terry Blamey (2012) and John Glover (2011).