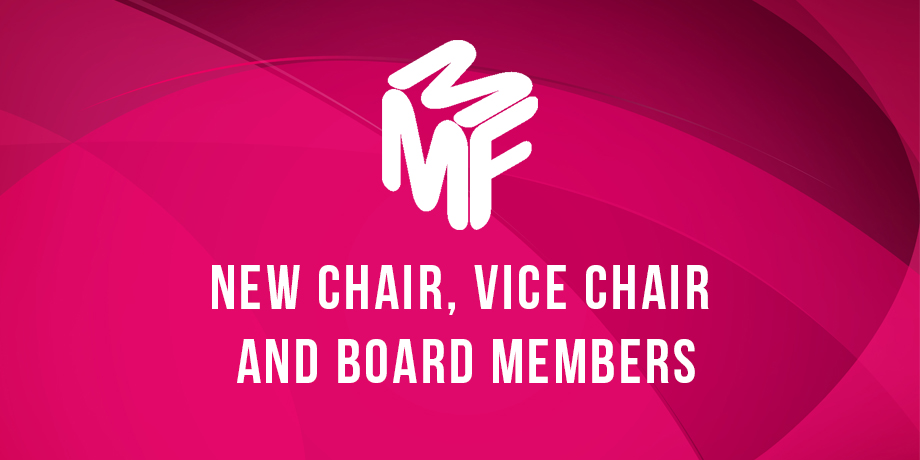 Following its Annual General Meeting yesterday, the Music Managers Forum has announced results of its board elections with Diane Wagg (Deluxxe Management) becoming sole Chair of the organisation and Paul Craig (Nostromo Management) elected to the new role of Vice Chair.

Stephen Budd (Stephen Budd Management), who served as Co-Chair with Diane since 2014, has stepped down to focus on a number of upcoming projects, including the upcoming Give a Home concert series promoted by Amnesty International and Sofar Sounds for World Refugee Day.

“Working with Stephen these past three years has been a pleasure. He’s one of the industry’s best loved characters and sharpest entrepreneurial operators. Together we’ve overseen the continued development and progress of the MMF as a trade organisation that represents and is relevant to the full diversity of the UK’s music management community. That work carries on to create a transparent and fair world for all artists, including well over a thousand of the best acts on the planet who are represented by our ever increasing membership. And while Stephen continues to break new and exciting ground with the Give a Home concert series, I am delighted to welcome onboard Paul Craig, who has played such a fundamental role in developing Biffy Clyro into the all-conquering festival-headlining band that they are today, as our first ever Vice Chair.”

“Having served as a board member for a number of years, it is a great honour to accept the position of Vice Chair and to work alongside Diane, our Chief Executive Annabella Coldrick, and the rest of the MMF team. Over recent years, the MMF has made great strides to become more inclusive and to provide the support, education and lobbying that all modern-day managers need, from the most established to those taking their first steps. In such a fast-paced commercial environment we all need to learn from each other, and the MMF is essential to building that community among managers and helping us all stay up to date as the industry evolves.”

“Coming to the end of my 3 year term as Co-Chair, I’m delighted that Diane has agreed to stay on and that Paul Craig, who I have known well for over 20 years, will assist her as Vice Chair. It’s been a privilege to help the MMF grow and develop its program over that period and I will continue to serve on the board.”

Following a change in governance, the MMF have also announced the first 5 board members to be elected under a new voting process.

Designed to increase diversity and inclusivity, this will see the organisation’s 16-person board rotate on an annual basis – with members elected to serve a fixed three-year term, and with at least 5 members required to stand down each year to make way for a newly-elected group.

The first board members to be elected under the new system are:

Also re-elected to the board are Brian Message (ATC Management) and Paul Burger (Soho Artists).

Outgoing board members Carol Crabtree (Solar Management), Gary McClarnan (Sparklestreet), Ian McAndrew (Wildlife Entertainment), Scott Rodger (Quest Management) and Tim Clarke (ie:music) were all elected into the newly-formed MMF Custodians – a group consisting of some of the UK’s most experienced and esteemed music managers, who will meet on a bi-annual basis to help advise on MMF policy.

A full list of all MMF board members and MMF Custodians can be found here.

“The constant challenge for all trade bodies is to balance continuity with relevancy – to ensure you can deliver the services and lobbying demanded by your existing membership, while providing the pathways and encouragement for a new generation to get involved.

“It is a constant cycle, but having added 100 managers to our fold in the past year I believe the MMF is now starting to reach that sweet spot where members can get involved at a level that works for them, and regardless of background or genre they represent. On that front, I must pay tribute to Paul Burger who, as Chair of our Governance Committee, has undertaken an immense amount of work behind the scenes to develop more clearly-defined rules of Governance and to ensure the MMF can go forward on a stable and coherent footing.”