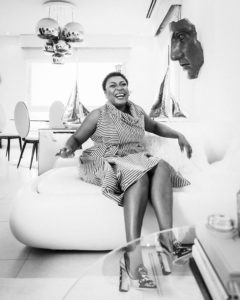 The Featured Artists Coalition (FAC) and Music Managers Forum (MMF) are delighted to reveal more winners at our upcoming Artist & Manager Awards in association with artist funding platform beatBread, with Bose Ogulu, Carl Cox, Krept & Konan and the production team behind ABBA Voyage all due to be recognised at our November 17th ceremony.

As the co-founder of Spaceship Collective and long-time manager of Burna Boy, Nigeria’s most acclaimed international artist, Bose was a unanimous choice for Manager of the Year (sponsored by YouTube Music). With deep roots in the music scene of Lagos – her father recruited & set up Fela Kuti’s band as his his first manager – Bose enjoyed a storied career in academia before overseeing her son’s gradual rise to global stardom, including his breakthrough album African Giant (Spaceship/Bad Habit/Atlantic) in 2019, the Grammy-winning Twice As Tall in 2020 (on which Bose was co-executive producer), and this year’s UK number two Love Damini (Spaceship/Bad Habit/Atlantic).

Over this period, Bose has maintained tight links with the UK, including a long-term base in London. As well as the pervasive influence of Burna Boy’s unique Afro-fusion sound, he has collaborated widely with a wide range of UK artists including Stormzy, J Hus, Dave, Jorja Smith, Ed Sheeran, Chris Martin, Mabel, and Lily Allen, alongside producers including Steel Banglez, P2J, Fred Gibson & Jae5.

Bose also co-founded the groundbreaking Spaceship Collective entertainment company in 2020 combining divisions in recorded music and music publishing, and providing a foundation for other African artists to maintain greater control and ownership of their repertoire. In addition to Burna Boy, Spaceship’s other signings include Nissi, Leriq and Telz. For these incredible achievements, Bose was recognised on Billboard’s 2021 International Power Players list.

“Everyone at the MMF would like to congratulate Bose on her award for Manager of the Year, and we look forward to celebrating with her on November 17th. Bose’s boundary-breaking and artist-led approach to business has undoubtedly helped Burna Boy develop into a genuinely global talent, while Spaceship Collective and its ethos of empowerment epitomises her positive impact on a new generation of artists. It is an African success story, but with a major foot in the UK – and we felt it important to recognise the success of such a prominent groundbreaking manager.”

Alongside Bose, the Awards will celebrate some incredible individuals for their achievements as pioneers, innovators and entrepreneurs.

First up, Carl Cox will be the recipient of our Pioneer Award (sponsored by TikTok). Across an incredible 30+ year career, Carl has been everything from a recording artist and producer to label owner, headlining DJ and broadcaster. He remains a titan of electronic music, and his influence on global dancefloor culture is both undeniable and astonishing.

Emerging from the Acid House era with a unique ability to mix across three turntables, “The Three Deck Wizard” continues to stand out from the pack and remains one of the world’s most in-demand artists and is ‘the DJ’s DJ’. No one works harder than Carl and his command of the dancefloor is legendary – whether it is as a DJ, his hybrid sets or his full live electronic shows.

The highlights of this life in music include legendary club residencies like his 16 year headline run at Space in Ibiza, a succession of classic albums (the 1995 techno classic F.A.C.T. sold an astonishing 250,000 copies), productions and remixes for everyone from Robert Owens and DJ Phantasy to Jam & Spoon, Laurent Garnier, The Stone Roses, Joey Beltram, Josh Wink, DeadMau5, Chase & Status and Sofi Tukker, the launch of label imprints including Intec and Awesome Soundwave, playing to over 1 million people in Berlin, and that’s before we factor a still relentless schedule of club and festival appearances.

Carl published his acclaimed autobiography, Oh Yes Oh Yes!, in April 2021, and will release his first studio artist album in a decade, the 17-track Electronic Generations (BMG), later this month.

Svana Gisla, Ludvig Andersson and Baillie Walsh, the show producers and director behind ABBA Voyage. As if the scope of re-imagining one of the world’s most iconic pop bands wasn’t ambitious enough – the process of constructing a bespoke 3,000-capacity venue, of meticulously transforming Agnetha, Björn, Benny and Anni-Frid into digital versions of themselves (the  ABBA-tars), and then presenting an immersive in-the-moment live concert experience has been genuinely mind blowing.

Through this sensitive and joyful use of technology, ABBA Voyage has enhanced the power of ABBA’s timeless catalogue – selling hundreds of thousands of tickets since opening in May 2022.

For our Entrepreneur Award, FAC and MMF are pleased to shine a light on two homegrown talents: Krept & Konan.

Already revered for their achievements in UK hip hop – including two Top 5 albums, MOBO and BET Awards, and arena-scale live shows – we wanted to pay specific recognition to the duo’s entrepreneurial talents.

From their beginnings as self-releasing artists with the mixtapes RedRum and Tsunami, and the launch of the Play Dirty clothing line in 2012, these extracurricular activities have now exploded – from opening the successful soul food restaurant Crepes & Cones in 2018, hosting the BAFTA-nominated BBC TV series The Rap Game UK, through to the recent launch of Nala’s Baby, an natural range of baby skin care products inspired by Krept’s daughter Nala.

Justifiably, both Krept and Konan were awarded a BEM medal in the 2020 Birthday Honours for services to music and the community in Croydon.

“I’m so happy we can celebrate such a wide-ranging and eclectic group of artists at the Awards. I’m particularly delighted that the FAC can pay tribute to Carl Cox’s achievements as a pioneer. His influence on bringing techno and electronic music to the world is simply staggering. Equally remarkable is the sheer innovation behind ABBA Voyage and the entrepreneurial drive of Krept & Konan. All demonstrate how artists continue to operate outside the box and thrive in exciting new areas.”

Other previously announced winners at the 2022 Artist & Manager Awards in Association with beatBread will be Becky Hill (Artist of the Year) and Martin Hall (Managers’ Manager, sponsored by SJM Concerts).