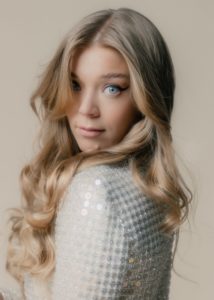 The Featured Artists Coalition (FAC) and Music Managers Forum (MMF) are delighted to announce the first winners at our upcoming Artist & Manager Awards in association with artist funding platform beatBread, with Becky Hill to pick up the much-coveted award for Artist of the Year and Martin Hall confirmed to receive the prestigious title of Managers’ Manager (sponsored by SJM Concerts).

Becky has grown to become one of the UK’s most prominent and successful artists and songwriters. Having collaborated extensively across her decade-long career with the likes of Tiesto, Little Simz, Oliver Heldens, Rudimental and Sigala, she released her gold-selling debut solo album, Only Honest On The Weekend, in September 2021.  The album includes platinum-selling UK #3 single ‘Remember’, one of the best-selling songs of 2021, and has now sold over 120,000 copies.

According to Official Charts Company data, since October 2013, Becky has been a presence in the UK Top 75 singles charts for an incredible 299 weeks – racking up 16 Top 40 hits, including 6 UK Top 10’s and one UK #1. In 2022, Becky has already achieved 4 Top 40 hits with Wilkinson, Galantis, Joel Corry and David Guetta – the latter a Top 10 success with ‘Crazy What Love Can Do’.

Over her career, Becky has amassed over 22.6 million followers and 4 billion streams on Spotify alone. She was the third-most streamed British female solo artist on Spotify in 2021, behind only Dua Lipa and Adele, while her BPI certifications total 13x Platinum, 3x Gold and 3x Silver records.

After winning a much-deserved Brit Award for Best Dance Act back in February, Becky topped a momentous year by performing at the final of UEFA Women’s Euro 2022, alongside huge festival appearances at Benicassim, Creamfields, Electric Picnic and her own sell-out Ibiza Rocks residency. Becky also conceived and narrated The Art Of Rave, a podcast that reflects her roots in electronic music, featuring interviews with the likes of Roni Size, DJ Zinc, Andy C and Pete Tong.

Alongside her solo career, Becky has written songs for a hugely diverse range of artists – from dance titans like MK, Tiesto and Jax Jones through to pop royalty such as MNEK and Little Mix.

“We’re delighted to recognise Becky Hill with our award for Artist of the Year. Since her singing talents first gained public attention almost ten years ago on The Voice, Becky has developed into a hugely respected songwriter, artist and performer. Her chart and streaming successes speak for themselves, and we’re very happy she’ll be joining us to celebrate what’s been an outstanding year of achievements.”

Martin Hall, meanwhile, will receive the lifetime achievement award for Managers’ Manager (sponsored by SJM Concerts). Celebrating a remarkable career dedicated to a handful of clients, notably Manic Street Preachers, who Martin has represented since 1990 – originally in partnership with his late brother, Phillip – the award recognises his dedication, resilience and loyalty to his artists.

With the Manics, Martin has encountered both great success and great tragedy, working with the band since the release of You Love Us, their first single on Heavenly Records, and the classic albums Generation Terrorists, Gold Against The Soul and The Holy Bible, before the untimely disappearence of the late Richey Edwards.

Reemerging as a three-piece for subsequent era-defining records, such as Everything Must Go and This Is My Truth Tell Me Yours, the Manics have remained one the most successful, inspirational and thought-provoking bands of our time, forged by long-term partnerships with the likes of Sony Music and SJM.

Martin’s highly tailored approach to business is evident with his other clients, The Script, who he co-manages with SJM founder Simon Moran, and new Domino favourites Wet Leg, who have risen from viral video sensations to global recognition within 12 months.

All three acts have released number one albums in the past 12 months, with Manic Street Preachers’ Ultra Vivid Lament topping the UK Top 40 in September 2021, The Script’s retrospective Tales From The Script repeating the feat in October 2021 and Wet Leg’s eponymous debut hitting the chart summit in April 2022.

“The long-term success that Martin has achieved with the Manics, The Script, and now with Wet Leg, has been extraordinary. These are very different artists, on vastly different career trajectories, and yet all have entrusted Martin to navigate the business on their behalf. That he has done this so consistently, and over such a lengthy period of time, is the mark of a truly great manager.”

beatBread, the pioneering music funding platform that enables artists to access growth capital while maintaining control of their careers and ownership of their music, is the newly-announced headline sponsor for the 2022 Artist & Manager Awards.

“The nature of the industry in 2022 is such that artists and managers have to be able to take the most important business decisions themselves rather than rely on labels to take them for them. Creative and financial control is increasingly critical to artist success, and we’re thrilled to be able to work with both the MMF and the FAC to celebrate the incredible work of artists and managers making a difference in the business today.”

“Both the FAC and MMF have enjoyed a really strong relationship with beatBread and we’re delighted to welcome them as headline sponsor for the Awards. These days, it’s important that artists and their managers can operate as sustainable self-contained businesses. Consequently, in order to retain that autonomy and independence, it is vital they have new types of financing to draw upon. This is precisely what beatBread provides, and it’s through models like theirs that we can help ensure the future of music is more equitable and artist-friendly than what came before.”

Full details of the Awards can be found here, with further winners announced in the coming weeks.