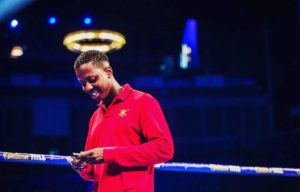 Jamal Edwards MBE (24 August 1990 – 20 February 2022) born in Luton a British entrepreneur, author, director, DJ and founder of the online black music platform SBTV. It was a platform to discover emerging artists from the world of UK Black Music. It launched in 2006 and broadcast, “street-shot” freestyle raps and Music Videos. Its style was pretty revolutionary, the industry back then did not pay that much attention at first to SBTV and channels like it – but Jamal showed everybody how to be in control of their own imagery – and actually how important and valued that imagery was and THIS changed the whole outlook of UK Black Music culture – UK Black music had found a direct route to its fans and Jamal was one of the main drivers of the artist to fan routemaster bus. It broke the mould and changed the way we managers present our artists – content we now see as key and Jamal was one of our teachers.

SBTV was footage captured through Black Musics own lens – not watered down for mainstream consumption, that is why it was huge – it was the truth. It didn’t need the approval of “so called” professionals – his footage was golden and it captured the energy and spirit of the street and club culture. But the difference was it was being viewed by the worlds youth audience. Dizzee Rascal Wiley Chip Ghetts, Lady Leshurr Boy Better Know Jessie J… everybody that you wanted to see was on SBTV by 2012 it had 100 million views. As of 2019, the SBTV YouTube channel had 1 million subscribers and more stars became part of the channels menu; Stormzy, Dave, Emeli Sandé, Rita Ora, Krept & Konan, Yungen, Mic Righteous, Nines, Tori Kelly, Bugzy Malone, Mist, English Frank, Aaron Unknown and Cadet. To name a few..

The channel’s underground popularity led to features in RWD, The Observer, Time, Forbes, The Guardian, The Independent, Dazed & Confused, the Sunday Times Style magazine, Vanity Fair, Vogue and GQ and led to Jamal being awarded the MBE.

Jamal to me was Mr “Down to Earth / Mr Quiet Visionary” – he first walked into my life thru a management office door  I was working on a new artist & he was 19/20 years old – He had called because I sent him the artist and he liked her music so said he wanted SBTV to film her. I said “Jamal she is not rap though.”  He told me that it was good music and that he would find a way for it to to work on his channel – he had started A64 especially for things that were more acoustic. That was the first of many Jamal meets – he came round to the office and he filmed her sat in the corner of the office playing with her two mates. I said “no camera crew then’’, he laughed and said he was just fine to do it. That was Jamal. An eye and an ear for new talent. We will all miss him – we are all deeply hurt and we send condolences to his mother Brenda.   Everybody please remember Jamal. Remember everything.  You may be sad but lift up your head and talk about everything he did for the scene.
He was a one off original.
A Pioneer.
Bless you Jamal.
Photo credit: Lücy Aa