Home / Uncategorised / Two New Recipients Announced for the Artist & Manager Awards, in association with SoundCloud
< Back to articles

Two New Recipients Announced for the Artist & Manager Awards, in association with SoundCloud 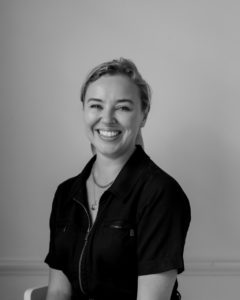 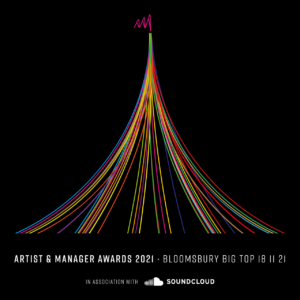 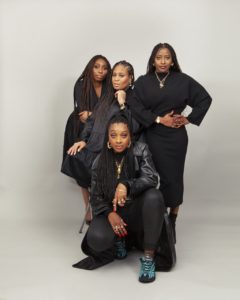 TWO NEW RECIPIENTS ANNOUNCED FOR THE 2021 ARTIST & MANAGER AWARDS, IN ASSOCIATION WITH SOUNDCLOUD

Celebrating achievements in the artist and manager community, the ceremony returns to London’s Bloomsbury Big Top on Thursday 18th November. We are also delighted to announce SoundCloud as our headline sponsor. The show will be hosted by Capital FM’s Roman Kemp.

A range of table and ticketing options are available now. To book, please email lovisa@themmf.net

As previously announced, the event will see Elton John and David Furnish honoured with the prestigious Artist & Manager Partnership Award, sponsored by PPL.

“SoundCloud is proud to have the opportunity to partner with The Featured Artists Coalition and Music Managers Forum to help celebrate these outstanding artists and the extraordinary achievements of industry change-makers,” said Erika Montes, Vice President, Artist Relations, SoundCloud. “We share their deep and ongoing commitment to innovating a more fair, inclusive and equitable music community with artists in the UK, and beyond, at the center of it all.”

FAC and MMF are delighted to celebrate innovation in the management community, with Amy Morgan (September Management) picking up the coveted award for Manager of the Year, sponsored by YouTube Music, recognising her extraordinary global successes with Glass Animals.

Working with the band since the start of their career, Amy led a multifaceted internet-led campaign for their third studio album Dreamland, overcoming a wave of Covid-related barriers to explore everything from groundbreaking 3D artwork, live-streamed events, syncs in FIFA ’21, and Minecraft fanfiction – along with associated Zooms, Discord chats and Reddit hangs. The band even created their own website, OpenSource, where fans can design artwork and create music based on the world of Dreamland, as well as sharing stems and audio files that encourage further collaborations.

Following the lifting of restrictions, Amy has subsequently helped the band re-embark on their touring commitments, navigating a marathon run of sold out dates across the UK, North America and Europe, including a headline show at Alexandra Palace on November 19th. In the US, the band sold an impressive 135,000 tickets in 3 days. This activity has powered Dreamland to become Glass Animals’ most successful album to date – charting at 2 in the UK, 7 in the US and 6 in Australia, while accumulating billions of streams and opening new fanbases in Canada, Ireland, Germany and China.

Their platinum selling hit Heat Waves, supported by a video that acted as a “love letter to live music and the culture and togetherness that surrounds it”, has now surpassed 1 billion streams and become the UK’s biggest export from a British contemporary band. As well as re-entering the UK Top 5, the track has ensured Glass Animals are, alongside Ed Sheeran and Dua Lipa, the only British act to break the Spotify US Top 5 in the last year, and the only UK band to break the Spotify Global Top 3. Glass Animals have also now amassed a hugely impressive 1m subscribers to their official YouTube channel.

All of us at YouTube Music would like to extend Amy our congratulations for this highly coveted award. The important role played by music managers during the pandemic should never be overlooked, nor how hard those in the MMF community have worked to re-pivot campaigns, explore new avenues and keep their artist’s business functioning. It’s why YouTube Music is so proud to support the MMF’s Accelerator Programme. What Amy has achieved with Glass Animals is simply inspirational, creating one of the most innovative digitally-led campaigns of recent times and delivering extraordinary success in the face of adversity.

FAC and MMF are also delighted to reveal The Black Music Coalition as our 2021 Industry Champions.

Founded in the wake of #TheShowMustBePausedUK, the Coalition is dedicated to eradicating racially biased practices and barriers and establishing equity and equality for Black executives, artists and their communities within the music industry. In little over a year, the organisation has assumed a leadership role in these discussions – publishing a groundbreaking manifesto, and building a hugely impressive network for change.

Marking one year on from Black Out Tuesday, the Coalition recently hosted a series of panel discussions at the Royal Albert Hall, bringing together prominent voices from across the industry and continuing to ask difficult, thought-provoking and necessary questions. In their own words, “this is a marathon not a race!” and both the MMF and FAC fully support their goal for a lasting legacy of change.

“We would like to congratulate all our winners for their achievements in the face of adversity. The pandemic has been incredibly tough for all artists and managers, many of whom have been left to operate without support of a safety net, but Amy absolutely encapsulates how our community has attempted to bounce back with innovation, entrepreneurship and creativity. We are also immensely proud to recognise the leadership displayed by The Black Music Coalition. The battle against racial injustice is a defining issue of our time, and now, more than ever, it is vital that all in the industry continue to step up and push for lasting change.”

“We would also like to say a sincere thank you to our headline sponsors SoundCloud, and to our award sponsors YouTube Music and PPL. Without the ability to reach global audiences via digital platforms, the impacts of the pandemic would have been even more severe for artists and their teams. Their support for these awards has been equally crucial.”

The Artist & Manager Awards is co-promoted by the FAC and MMF. The event is produced by Oli Bartlam at Full Fat Events, with commercial strategy overseen by Romano Sidoli. For sponsorship opportunities, please contact Romano here.

Full details of the Awards can be found here. Further winners will be announced in coming weeks.