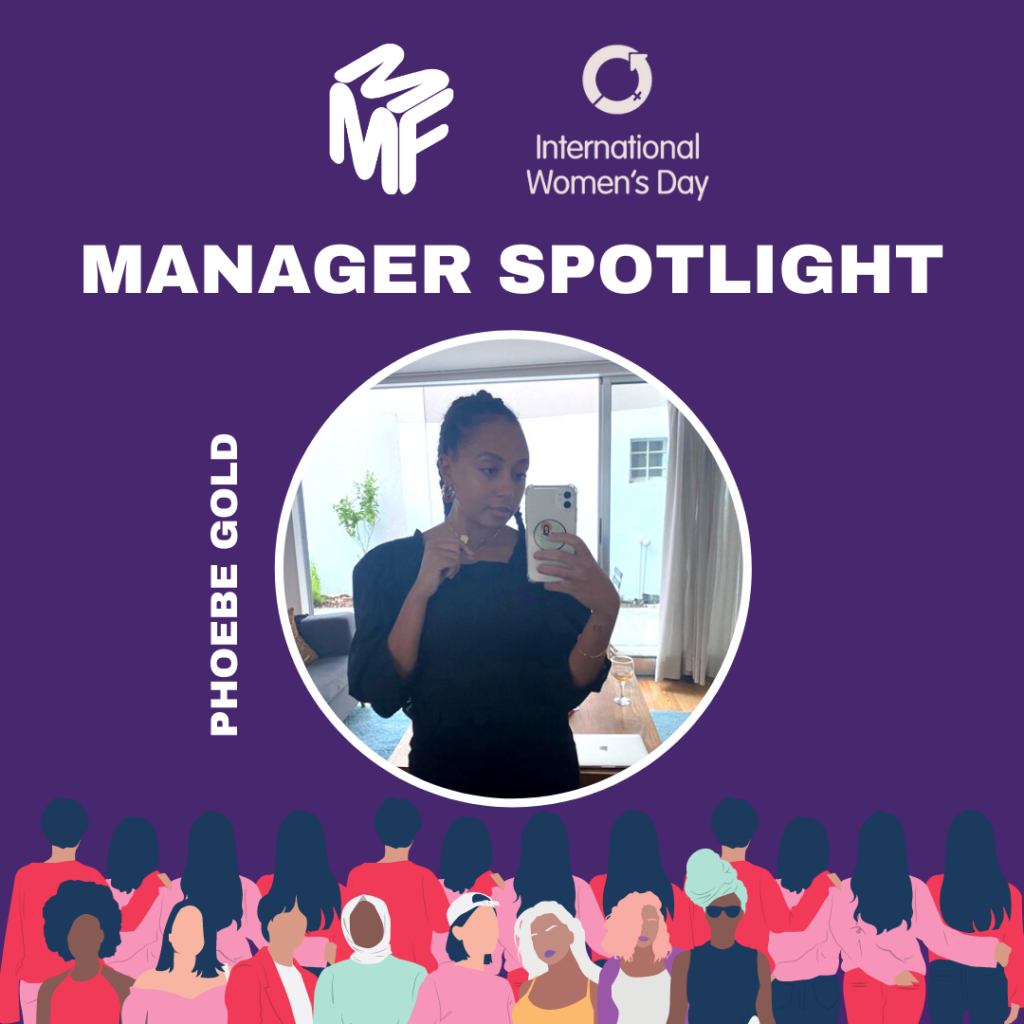 For the 8th of March, we’re celebrating International Women’s Day with a very special ‘8 on the 8th’ Music Manager Spotlight Series. Throughout the week we will highlight some incredible managers, here’s our chat with Phoebe Gold.

Tell us a bit about yourself!

I’m Phoebe Gold, a 26 year old music manager from London. I’ve been working in management for about 3 years now, although I studied music at university and have been really invested in the industry for almost 6 years. I founded my own management company in 2019. My roster consists of an upcoming artist called tendai, a producer/DJ called Tommy Gold and an emerging Bay Area artist called kezia.

What is your greatest career success to date?

The answer to this is forever changing! I think, at this moment in time, it’s been getting to a place in my career that I’m now able to only work with artists whose music I really love. I listen to their music out of choice! I’ve paid my dues of working in different genres of music to learn the ropes and get a well-rounded view on the industry, but I feel like it’s a big achievement to be building something of my own with artists whose music and talent genuinely brings me joy.

What has been the most significant challenge you’ve encountered in the industry?

The music industry is definitely still a boys’ club. Women are making amazing moves to rise up the ranks, but harassment and misogyny are still rife. I was sexually assaulted by someone who worked in music when I started out in the industry, and when I eventually acknowledged it publicly, the response from women was amazing, but it was met with silence from almost all of the men who I know. The majority would prefer to turn a blind eye.

Who gets your Women’s Day shoutout?

My lawyer, Olivia Aikins. She never makes me feel stupid for asking her hundreds of questions and supports me professionally and emotionally in everything I do.

If you could change one thing about how the music industry operates to improve the experience of women, what would it be?

Hopes for the future?

More women at the top. More women managers. In my mind, it makes the most sense for artists to be managed by people who can relate to them. I’d love for there to be a new generation of young black female managers; it’s our time.