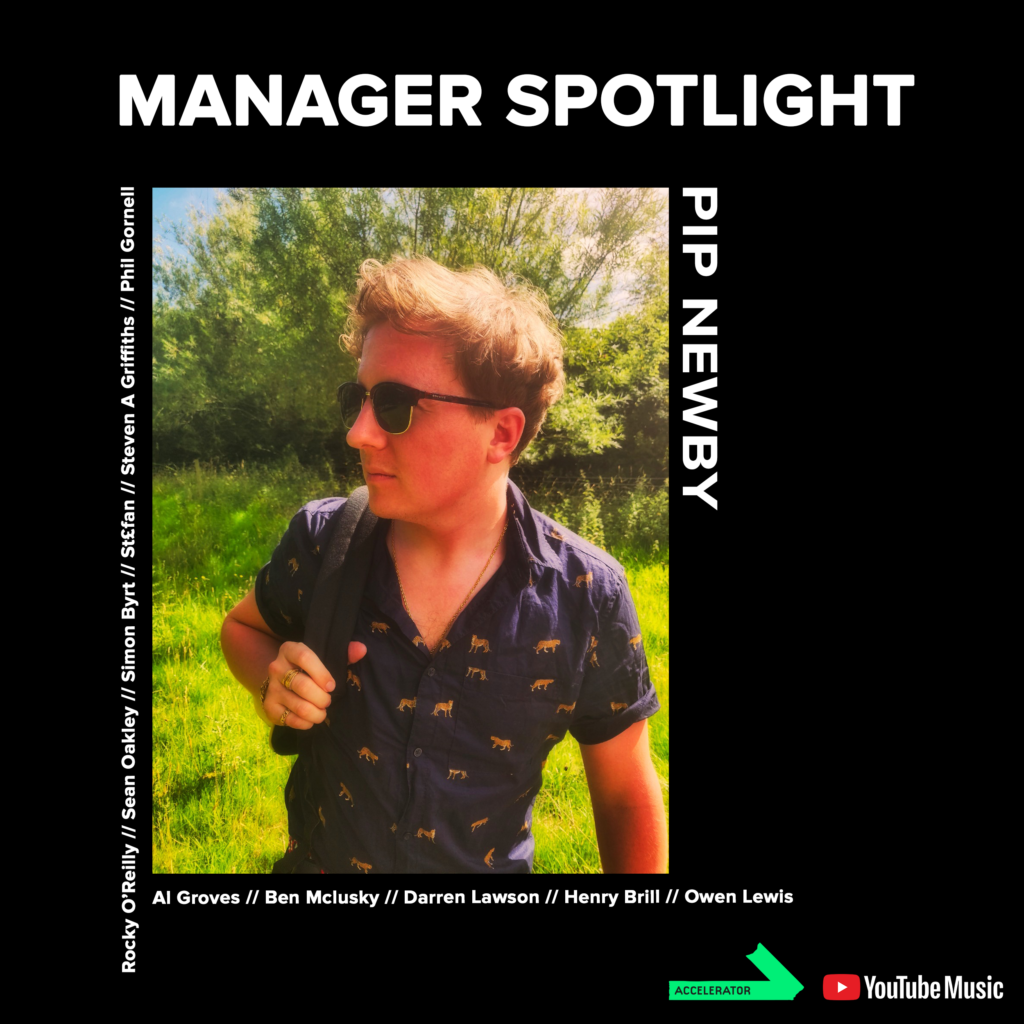 Manager Spotlight offers a small insight into the heads of incredible managers. This week in the spotlight is Pip Newby of Friends Vs Music, who is on the Accelerator Programme supported by YouTube Music!

It’ll be three years come the end of the month.

Darren, Rocky, Steven & Sean were my first clients when I started the business. They were all people I’d worked with in my previous guise as an A&R. Darren had done an Enter Shikari Live EP for me; Rocky had done a few mixes for me and looked after me exquisitely whenever I went to Northern Ireland; Steven was in a band signed to PIAS; and Sean was making a record for me for an incredible band from the Isle of Wight called CHAMPS – he already had a manager in the US but I came on board to help establish him more in Europe.

A good day is one where you can finish up the day and reflect on having done a couple of things that have made a positive difference to your clients’ careers/happiness/bank balance.

A bad day is the one where you shut the laptop and all you have to reflect upon is the time wasters and the whingers.

The last three years have been a blast and easily the most exciting and rewarding in my career in music so far. In terms of great memories, getting the paperwork through for Henry Brill’s publishing deal with Kobalt in was a massive moment. We were both in Nashville for the first time – I’d only been managing a year and had whacked the whole trip on credit cards. Henry was trying to make two weeks of PDs for a record he’d been working on last two months. We were both totally skint.

We’d been stood up for a meeting in a posh hotel bar – I was abusing the wifi as my US data had run out when Henry’s lawyer sent the contract over. There’s a photo of the two of us together that afternoon drinking huge, cold glasses of mescal where we both look the best combination of knackered, elated and relieved.

Honestly, I think the biggest challenge is creating careers with real longevity. I’m not against a single-based music culture – if anything it forces creatives to raise their game to satisfy the market, but a decrease in true career development and building real multi-platform three dimensional artist careers is really gonna bite everyone in the arse in the end. And that’s just as true for behind the scenes talent as it is for performers.

On another note related to longevity, I think the industry needs to get over itself in terms of coveting knowledge and information. It’s creating a climate where plenty of people are afraid to admit to what they don’t know and ask questions. That’s no good for anyone and leads to a lot of time being wasted and heckles being raised. Knowledge isn’t a finite resource – if you don’t know, ask, and if someone shames you for asking a relevant question, fuck ‘em.

Like every ageing emo, I’m chain smoking Phoebe Bridgers’ new record. Alfie Templeman on Chess Club continues to blow my mind with every new release (for full disclosure Darren Lawson’s mixed most of Alfie’s stuff, but I’d be in awe of this kid’s output whether any of the gang were involved or not). Oh, and there’s a band called KOKO that Made’s label have just signed who I think are really exciting.