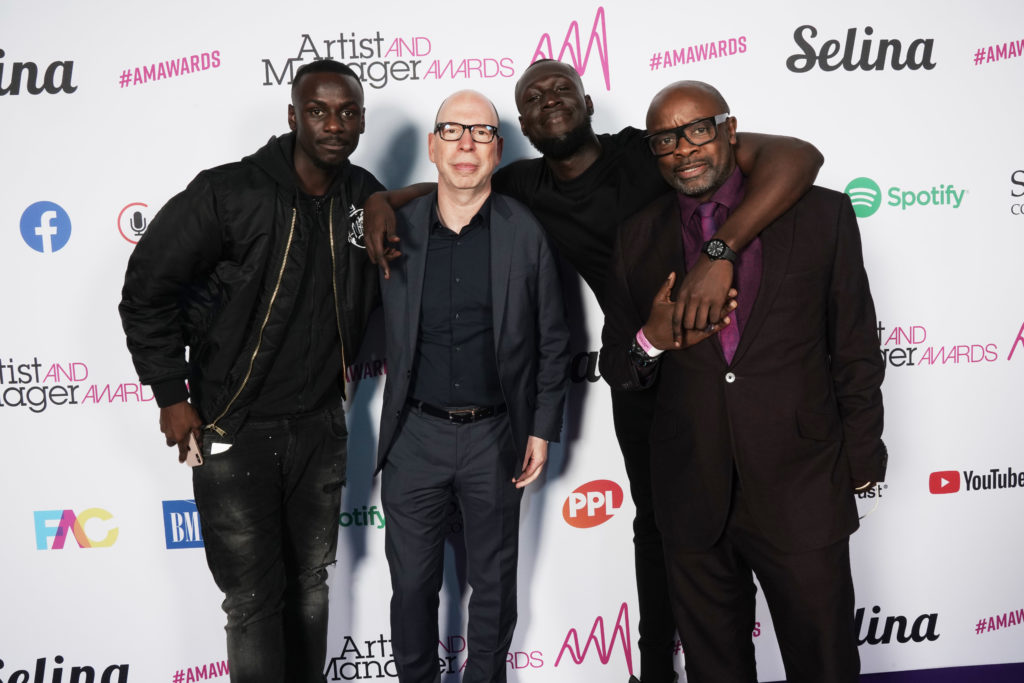 Stormzy, his manager Tobe Onwuka and the entire team at #Merky were the surprise collective winners at this evening’s 2019 Artist & Manager Awards (A&MAs), taking the previously unannounced Team Achievement Award for their immense contribution to British music and culture.

Encompassing music management, a record label, book publishing, a clothing brand and scholarship scheme, Stormzy described #Merky as a “powerhouse” and “a family” before paying extended tribute to each member of his team. “My team is my everything,” he concluded.

Founded by the Music Managers Forum (MMF) and Featured Artists Coalition (FAC), the A&MAs showcase achievement and excellence in the artist and management community.

Winner of the career-best award for Artists’ Artist, sponsored by PPL, was the legendary Nile Rodgers. Nile collected his award from Blur’s Alex James and David Rowntree (FAC’s Artist In Residence) who paid warm tribute to the CHIC co-founder’s epic career.  The equally legendary Rebecca Boulton and Andy Robinson of Prime Management were presented with the award for Managers’ Manager, sponsored by SJM Concerts, by their long-term clients New Order.

FEAR’s Debbie Gwyther was a hugely popular winner of the coveted Manager of the Year Award, sponsored by YouTube Music, celebrating her extraordinary work for Liam Gallagher. Unable to join the celebrations (he had a show to play in Aberdeen) Liam dispatched a personal video of congratulations.

Lewis Capaldi provided a more irreverent video to mark his win as Artist of the Year. Sponsored by Selina, the award was accompanied by an all expenses paid week-long trip to Columbia to use the facilities at Selina Music Studio Medellin – which Lewis generously gifted to a brand new artist, 21-year old Hull-born singer CHARLOTTE.

Following this surprise announcement, CHARLOTTE was invited to the stage by Alfie Lawrence from Lewis’ management company Interlude Artists, and Nataly Rudasevski, Selina’s Head of Culture and Experience, to pick up her prize.

From a highly competitive list of nominations, the former was picked up by fast rising Mancunian rapper Aitch, while the latter was awarded to YMU Music’s Sophie Bloggs in recognition of her leading work in dance and electronic music for Danny Howard, Krystal Klear, Hannah Wants and Kurupt FM.

Meanwhile, in recognition of a truly trailblazing career, Neneh Cherry received the Facebook-sponsored Pioneer Award from her close friend, the actress Noomi Rapace.

Sam Fender and his manager Owain Davies were awarded the FanFair Outstanding Contribution To Live Music, recognising their commitment to tackle online ticket touting; Andy Varley, who founded Insanity Group aged 17, building it into a multi-faceted global entertainment company, took home the Entrepreneur Award; and This Much Talent’s Sandy Dworniak was named Writer / Producer Manager, sponsored by Songtrust. Sandy was presented by Jim Abbiss, producer for Arctic Monkeys, Kasabian and Adele, who she has worked with for more than 25 years.

In their opening speeches, MMF CEO Annabella Coldrick and FAC founding board member Howard Jones both paid tribute to the work of Fiona McGugan who, as of today, has departed her role as MMF’s Director of Operations to take a new position at West End law firm Simons Muirhead & Burton.

The full list of Artist & Manager Award 2019 winners, sponsored by Selina, is as follows: 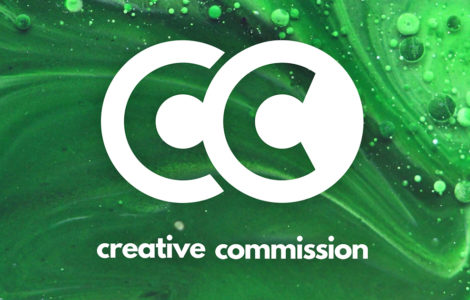 Manager Spotlight offers a small insight into the heads of incredible managers. This week in the spotlight is Simon King! How Read More

The COVID-19 crisis has no doubt been a huge topic for concern amongst our community.  It’s been vital for us Read More