Home / MMF Updates / The MMF Board Nominees 2019
< Back to articles

The MMF Board Nominees 2019

The MMF Board Nominees 2019

We are once again delighted to have such a diverse and experienced group of managers nominated for the 2018 Board. All five nominees will attend our Board Hustings event on Wednesday 22nd May at Kobalt HQ, London. The Board will be confirmed at the AGM/Managers Summit on the 10th July.

The Board nominees include; Merck Mercuriadis of Hipgnosis Songs Ltd, Rebekah Tayler of ie:music, Jill Hollywood of Echo Beach Management, Sammy Andrews of Deviate and Liza Buddy of Chaos and Bedlam Management. This year’s candidates have a wealth of experience, building and growing innovative and diverse businesses – with particular interest in funding and investment, digital campaigns, global operations, plus passion for FanFair’s work in secondary ticketing and the MMF’s mental health campaigns. The MMF are also delighted to have record producer representation included in this year’s list of nominees. 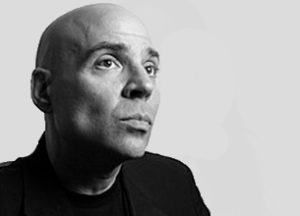 Merck Mercuriadis is a Canadian–American music industry executive and entrepreneur. He is the founder of Hipgnosis Songs Fund Limited, a publicly-traded music IP investment company, and the founder and CEO of Hipgnosis Songs Limited, the investment advisor to the fund, and an artist management and music publishing firm. Mercuriadis has managed artists including Nile Rodgers, Beyoncé, Elton John, Guns N’ Roses, Iron Maiden, Morrissey, Pet Shop Boys, Macy Gray, Mary J. Blige, Joss Stone, Jane’s Addiction, and Catherine Wheel. He served as the director and CEO of Sanctuary Group PLC from 1986 to 2007.

I’m very impressed with the work that the MMF do. I believe the manager is the most important part of an artist’s team – I would wouldn’t I! – and that we need to nurture, encourage and support younger artists as well as advocate for important reforms and changes going forward. Now that I’m back in the UK I look forward to contributing. 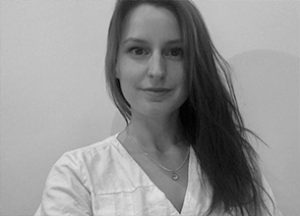 I’ve worked for ie:music for the last 7 years, predominantly on the artist Passenger alongside his long-term manager Dan Medland who is based in Sydney. Over these 7 years we have released 7 albums, with 19 official #1 singles and 4 official #1 albums. We have self-released 3 albums, undertaking all marketing and distribution in-house. One of these self-released albums achieved an official #5 in the UK album chart – something we’re all really proud of. Two of these self-released albums were in partnership with charities, with all profits going to Unicef and more recently – to Shelter. Because we’ve structured Passenger’s deals to ensure he remains independent, it has allowed us the freedom to embark on such projects; and with no third parties taking a cut we’ve been able to donate maximum profits to charity. The current level of donation to Unicef is now over £500k, something which the artist says he is more proud of than anything else achieved to date.

Passenger is a brilliant and prolific artist who has cultivated a global following and I’ve learnt a lot from being involved in his campaigns, from busking tours to supporting Ed Sheeran at Wembley Stadium and everything in between. We’ve built great relationships with labels, agents, promoters, PR teams and DSPs across the world.

I have more recently taken on the artist Cher Lloyd who we have since signed to Polydor. Cher is a totally different artist to Passenger and it has been interesting being thrown into the major label and ‘celebrity’ world. Cher has been busy writing material for her upcoming releases and we’ve made a lot of connections in the writer and producer world.

I’ve also managed and assisted with several other artists over my time at ie:music – Stu Larsen, Gin Wigmore, Lemar etc – from Tour Managing to ticketing.

Before joining ie:music I studied Law at University which helps when trying to grasp and negotiate across the wide range of deals we handle on behalf of our artists.

I’d like to join the MMF board because I’m keen to learn from and help to represent managers across the challenges we all face in our ever-evolving industry.

At ie:music we have always fought for complete transparency across the industry and I’m keen to continue to support this. We’ve also worked hard to ensure that our artists keep their own rights and own their own data wherever possible – something which I believe we should all be fighting for on behalf of our artists. I’m keen to learn and get involved in affecting positive change across other key issues the MMF is focusing on, such as mental health and secondary ticketing. I’m also always looking for new opportunities to cultivate business on behalf of our artists and explore potential new revenue streams.

Manager of writer/ producers for over 12 years and set up my own management company three years ago. My interest in joining the MMF board is to advocate on behalf of writers and producers, whose interests may otherwise be lost amongst bigger discussions about artist rights.

Echo Beach Management’s founder and managing director Jill Hollywood has a long track record as one of the leading talents within the world of producer management. Hollywood commenced her career in music when she became editor of the Australian dance magazine 3D World. She moved to the UK in 1995 where she developed her extensive experience within the music industry: first as A&R scout at Polygram/Island Music and then as A&R manager at Telstar Records. She joined Big Life Management as producer manager in 2004. Over a twelve-year career, Hollywood developed an enduring creative partnership with award-winning producers such as Jacknife Lee (U2, Jake Bugg, R.E.M.), Youth (Pink Floyd, The Verve, Embrace) and one of the UK’s most successful mix engineers, Ash Howes (One Direction, Dido). In addition, Hollywood helped shape the careers of current production heavyweights MyRiot (London Grammar, Birdy) and Cam Blackwood (George Ezra, Amy Macdonald), newly arrived New York native Chris Zane (Passion Pit, St Lucia) plus legednary mix engineer Dave Bascombe (Depeche Mode, Erasure). She later expanded the company roster to include other elements of music’s creative process, with clients such as Atlantic Records artist Alex Metric, regular Coldplay orchestral arranger Davide Rossi, Years & Years / George Ezra vocal coach Lorna Blackwood and rising mix star Q. One of Hollywood’s recent successes was a campaign that culminated when Youth earned the award of Outstanding Contribution to UK Music at the 2016 Music Producers Guild Awards. Hollywood left Big Life Management in March 2016 to form Echo Beach Management. 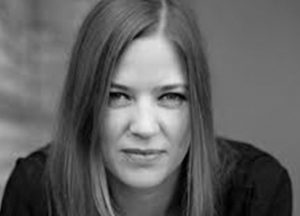 I have been managing bands since my teens, starting with a white knuckle ride with Ginger and the Wildhearts and a host of others in between leading to my current incredible act Goldkey, featuring ex members of Gallows, Sikth & Spycatcher we are currently finishing their second album. I have in my past worked at a large management co, worked at labels, set up a label, co-owned a music tech co, ran high profile activism campaigns within the music business and I founded and am now CEO of a digital marketing agency (Deviate Digital) where we work with over 50 artists, some directly via management, some via labels, some via promoters, some via distributors…as part of our daily work we deal with all stakeholders & services in our business. This allows me a real 360 view of issues & challenges in the business and I often have, and voice strong views on how we as an industry can work together for the greater good. I suspect I can bring a new and varied understanding of not only digital matters facing managers and artists but a broad  range of knowledge and opinions on wider matters that the MMF board and it’s membership may find helpful.

I have advised and successfully written grants for managers, labels and artists in Canada for Factor, Ontario & Montreal arts Councils among other funding platforms. In the UK I have successfully secured funding from Momentum, UK Arts Councils, PRS International showcase funding amongst others. My original background is Music, Musical Theatre & Acting, this led to me working out in Finland and the introduction to Music Management. I worked on developing an online fan club through the usage of the myspace platform for The Rasmus. In the UK I had mentoring from a number of MMF managers. Working with acts in early development I’d like to have the opportunity to be a voice for the independent manager and artists who are developing their careers on a shoestring and be able to have their needs as MMF members heard. I would like to bring to the board my knowledge and ideas of funding/investment into Artists developing careers for discussion.