Home / Streaming / BBC Sounds and the Interactivity Dilemma
< Back to articles

BBC Sounds and the Interactivity Dilemma 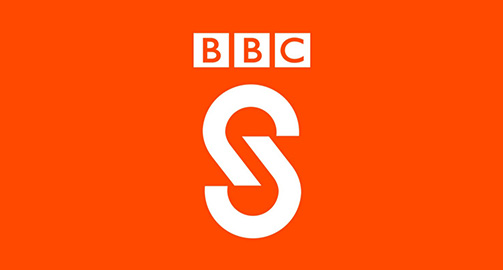 BBC Sounds and the Interactivity Dilemma

Throughout a stormy period of digital disruption, the BBC has provided stability and essential revenues to British artists via PPL and PRSforMusic. But with the shift to non-linear interactive broadcasting, is this era of stability about to end? What will be the potential consequences for artists, songwriters, composers and musicians who account for approx 50% of the industry’s GVA contribution?

Since Napster, and all the disruption that followed, income from the BBC has been one reassuring constant for the British music business. While much industry discussion has focussed on per stream rates, micropayments and piracy, the payments received for a play on Radio’s 1–3, 1Xtra, 6Music or BBC television has remained a beacon of stability. Get your music played on the BBC, and you’ll get paid.

The BBC remains the biggest customer of PPL and PRSforMusic. From the BBC licence fee, significant money has flowed to record labels and publishers which is effectively ring-fenced for artists, songwriters and performing musicians. All these music makers are paid their share directly – regardless of their recording or publishing contracts and regardless of recoupment. In the recording industry, the 50% split between record companies and performers is known in copyright law as ‘equitable remuneration’ or ER. It represents a substantial proportion of many artists’ livelihoods.

However, a tension has been growing. Broadcast mediums were once easily definable – but no longer in the digital age. The lines between interactive and non-interactive are blurring. Licence fee payers have been increasingly consuming content at their own leisure via the iPlayer. Rather than ITV and Channel 4, the BBC increasingly claims it’s competition for attention is with the global digital behemoths like Apple, YouTube, Spotify, Amazon and Netflix. The latest development here is the launch of BBC Sounds – a far more interactive, curated, recommendation-based form of music broadcasting. The BBC has not quite parked it’s tanks on the lawns of Daniel Ek et al, but it’s certainly hoping to claw back an audience used to getting their music from streaming playlists.

The result is a dilemma. Actually, a multitude of dilemmas! Stating you’re in competition with Silicon Valley stokes the arguments of commercial competitors who would like to see the BBC licence fee replaced with a subscription. The shift from linear broadcasting potentially changes forever how music is licensed by PPL, and if performers will receive anything at all in the future.

This has some troubling implications for performers, particularly in regard to their PPL revenues.

Historically, PPL, using a blanket licence, and according to the principle of ‘equitable remuneration’ has paid performers directly whenever a traditional broadcast takes place. However, its remit has been severely limited when it comes to interactive digital licensing – with record labels licensing DSPs directly due to the so-called ‘making available right’ which is a right that only comes in to play if the listener has some, or any, control over how, when and where they are listening to music. PPL’s licensing activity was pretty much limited to non-interactive online radio stations (eg Mixcloud). The word “digital” only appears 3 times in PPL’s 2017 Annual Review.

Therefore, the more interactive the BBC’s offering becomes, then the stronger the argument from labels (who own PPL) that they should receive all revenues – which is precisely what’s currently happening with BBC Sounds. If the broadcast is defined as interactive, performers will no longer receive a direct payment from PPL when their music is played – it will all go to the label and featured artists will only be paid subject to their contract and subject to their recoupment position. Non-featured performers (session players) receive nothing if the broadcast is deemed to be interactive. The idea of a one-off “broadcast payment” becomes redundant.

You can see this trend happening elsewhere, e.g. with MixCloud – which was previously covered by a PPL licence, but is now cutting deals directly with the 3 majors and Merlin.

Of course, PPL will continue to licence Radio 1, 2, 6 etc, but BBC Sounds is indicative of where radio is heading, with the knock-on impact that the surety and essential income enjoyed by UK performers will be eroded significantly. In the US, as Pandora radio became more interactive a deal was struck with Merlin licencing the indies directly, but with Sound Exchange still ensuring that performers receive their payments regardless of recoupment- so there may be a middle ground.

Large numbers of artists depend on their direct income from PPL and PRS in order to live. They are often unrecouped with both their record company and their publisher so this can be the only income they have to pay for food and rent when the advance is long-ago spent. If this income dries up many developing and established (not super-star) artists may be economically forced to seek alternative careers. The losers here will be be the entire music industry including record companies, publishers and performers and songwriters.

The MMF believes these developments should be open to far more public scrutiny and discussion than is currently the case. Artists and their representatives need to be kept fully informed about what’s going on.

It will be a challenge for the BBC to co-exist in a world of Spotify, Apple, Netflix and Google – but it’s important that they do. It’s vital that the interests of artists are at the forefront of these changes.