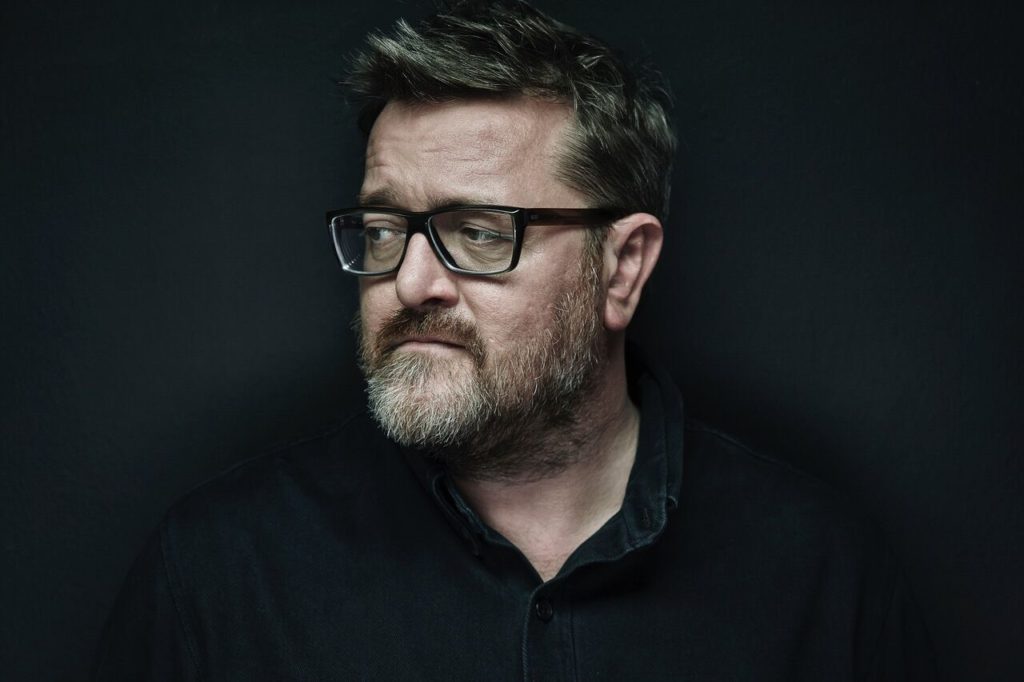 Voted for by fellow artists in the FAC and peers, the Artists’ Artist Award recognises the extraordinary long-term creative and innovative musical output of an individual or group. Previous winners include Tracey Thorn, Joan Armatrading, Placebo, Robbie Williams and Massive Attack.

As elbow’s frontman and lyricist, Guy has built a reputation as one of UK’s most cherished songwriters and performers – imbuing the band’s music with a humanity and generosity of spirit. Such values have translated to Guy’s championing of other artists through his long-running BBC 6 Music show, as well as his celebrated curation of the 2016 Meltdown Festival.

Achieving phenomenal success with elbow – including two chart-topping albums in the UK, arena tours, and a now legendary appearance at Glastonbury 2011 – Guy’s first solo album Courting The Squall was released to critical acclaim in 2015, reaching number 3 on the UK album chart. Guy has also been the recipient of three Ivor Novello Awards with elbow, the most recent in 2018 for “Magnificent (She Says)”, and holds an honorary doctorate from Manchester Metropolitan University.

“For his work with elbow alone, Guy is an absolute legend in the artist community. A generous and heartfelt songwriter, his contribution to British music has been immense and consistent. Beyond that, Guy is a role model for us all, with his constant championing of all genres of new music, his willingness to ‘give back’ in so many ways and for his genuine sense of community.  For all these reasons, FAC are delighted to name Guy Garvey as our Artists’ Artist for 2018.”

Kilimanjaro Live & DHP Family will also be recognised on November 14th, when they jointly pick up the FanFair Alliance Award for Outstanding Contribution to Live Music.

On the back of a hugely successful campaign against industrial-scale online ticket touting, the FanFair award celebrates a business or individual who has promoted ethical business practices and pioneered innovative live music strategies on behalf of artists. Created by the Alliance in partnership with the MMF and FAC, the award acknowledges the high profile anti-touting initiatives of both Kilimanjaro & DHP Family, and their commitment to fairer ticketing for UK audiences.

Celebrating another hero of the music business, the A&MA’s are also announcing that Small Green Shoots will be the event’s official charity partner.

Founded in 2009, Small Green Shoots specialise in developing engaging arts-based events for 16-24 year-olds living in areas of deprivation, and who are not in education or training. In 2017, the charity facilitated more than 40 projects in towns and cities across the UK.

Working with artists and industry partners, these young participants self-manage and self-produce all aspects of their events – gaining new qualifications and opening pathways into the creative industries. Small Green Shoots has also provided early stage support to artists including Jorja Smith and Mahalia. The charity will benefit from a silent auction to be held on the night.

“Given the unbelievable successes of the FanFair campaign to overhaul secondary ticketing, it feels entirely fitting that we should celebrate the companies and individuals who have delivered a positive change for artists and audiences. Kilimanjaro and DHP Family have both led the way to help eradicate large-scale ticket touting. They are worthy winners. The A&MA’s are also delighted to shine a light on the brilliant work of Small Green Shoots and the genuinely life-changing projects they deliver for young people. We hope those attending the awards will dig deep and support this fantastic charity by bidding in our silent auction.”

‘’Everyone at Kilimanjaro is honoured to receive this recognition from the artist community for the work we’ve done trying to rid the industry of the scourge of unethical secondary ticketing. As concert promoters we have a duty to your fans to protect them from the unscrupulous parasites milking their passion for your music and our live events. We never forget that without the music makers there is no business for promoters, ticket agents, production people and so on to participate in. We have to protect OUR business for the future of all music makers and music fans. That’s why we’ve taken this fight so seriously and devoted so many hours to taking them on. And it will continue until we have achieved what we all want.’’

“We are all so proud at DHP Family to accept this award alongside everyone at Kilimanjaro. Seeing in person the real distress and negative impact that unethical secondary sites cause to the lives of music fans, and also our industry as a whole, it was a no brainer to do all we could to support our artists in getting THEIR tickets into the hands of THEIR fans. While mass-scale online ticket touting still exists we’ll continue to do all we can to support the fight and we thank the MMF and FAC, not only for this award, but also for their vital support in this process.”

“I’m truly honoured the Artist & Manager Awards have chosen Small Green Shoots as their official charity partner. Our work to help young people is dependent not only on the support of businesses and brands, but also on close collaboration with artists and creatives – and we see this as a real opportunity to build partnerships for the future.”

The A&MA’s was established to celebrate achievements in the UK’s artist and management community. This year’s ceremony will take place at a new venue – the Bloomsbury Big Top, 93 Guildford St, WC1N 1DN.

The MMF and FAC are also delighted to confirm that BBC Radio 1’s Gemma Cairney will return as host.

Further winners will be revealed in coming weeks.

Table bookings for the awards are available now. For more details email fiona@themmf.net or visit https://amawards.org