Home / Live / FanFair Update From Adam Webb
< Back to articles 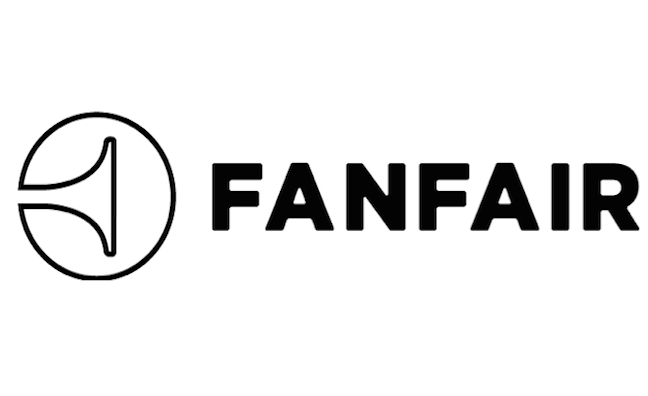 The past month has seen significant developments in the world of ticketing and secondary ticketing. For the benefit of those on holiday, here’s some updates.

Ticketmaster announces the closure of controversial resale sites Get Me In! & Seatwave – stating in a blog post that they’ve ‘listened’ and that “secondary sites just don’t cut it anymore, and you’re tired of seeing others snap up tickets just to resell for a profit.” In their place, Ticketmaster will launch a new fan-to-fan ticket exchange service in October 2018, initially in the UK and Ireland, before rolling out to Europe in 2019. With AXS due to open their AXS Marketplace in Q4, it means that all the UK’s major primary ticket agents will support capped, consumer-friendly resale. It’s not going to stop ticket touting on it’s own, of course, but it’s a bloody big step forward. And not before time.

The Competition & Markets Authority (CMA) announce they are taking court action against Viagogo over long-running “concerns” the site is breaking consumer protection law.*

To put it mildly, this has been long time coming. While Viagogo’s competitors at StubHub, Get Me In! & Seatwave had agreed in April 2018 to overhaul their business practices and comply with consumer law,  Viagogo have continued to list tickets without seat details, without important T&Cs, and without providing information on their large-scale commercial sellers. (A longer list of “potential” transgressions is outlined in the CMA’s press release.)

Having been warned that their intransigence would lead to the court room, this is where things have ended up.

The CMA have also applied for an “interim enforcement order” from the court. If successful, this could put a stop to some of Viagogo’s practices in the period up until the full trial.

The Advertising Standards Authority (ASA) announces Viagogo has been forced to properly present it’s pricing. This action, the result of a FanFair Alliance complaint, will represent a major disruption to the Viagogo business model. The site had previously relied upon adding fees and delivery charges at the end of the “consumer journey”, thereby potentially misleading users on the total cost of tickets.

Though the pricing could still be a hell of a lot clearer (the purchase process on Viagogo is still torturously long compared to its competitors) it means the total cost “per ticket” (including fees) is now provided from the get-go – hopefully alerting users that what they are about to purchase is likely to be a rip-off.

Amazingly, only a week after the announcement we’ve already seen evidence of Viagogo relapsing into bad habits, although they have since been hauled back into line. However, the ASA’s announcement is separate to the actions of the CMA. Despite these changes on pricing, Viagogo are still heading to court, and to face much more serious allegations.

Viagogo open an @viagogopress PR account on Twitter. A minor development, but for a company that has ignored journalists for several years it appears significant. The first follower is @poppymrose from Freuds, a former special adviser to George Osborne. Poppy is also the sole follower of the since-deleted account @viagogomedia.

All became clearer when, at midday, media receive a press release from a generic Viagogo email headlined “Ed Sheeran’s Promoter Sued For Multimillion Pound Fraud”. This alleges Kilimanjaro Live’s Stuart Galbraith had “set up fake Viagogo booths at venues and conned Ed Sheeran fans into believing their tickets wouldn’t work. He confiscated their valid tickets and pocketed millions of pounds by forcing fans to buy new ones.”

Viagogo added that a court claim had already been filed. In Germany.

Three days later, Stuart provides some detail to the allegations on BBC Radio 4’s You & Yours – describing them as “ludicrous”, and revealing that he is yet to receive court papers. Two weeks on and, after the initial burst of activity, @viagogopress remains strangely quiet.

The day of the Digital, Culture, Media & Sport Committee’s first session of their inquiry into live music – which will be focussed on secondary ticketing, and at which Viagogo are scheduled to appear. Unfortunately, at the 11th hour (they literally sent a letter at 11pm) Viagogo tell the Committee they won’t be coming – conveniently citing “unequivocal legal advice” that answering questions from MPs would potentially prejudice the CMA court action announced on August 31st and their own action against Kilimanjaro.

The rebuff from the Committee was swift. Highlighting that the CMA had no objections to the sessions taking place, and that MPs would take great care to avoid issues relevant to court proceedings, Committee Chair, Damian Collins MP, described Viagogo’s no-show as a “gross discourtesy” and their PR tactics as cynical.

The session goes ahead regardless, with myself, Stuart Galbraith, Lucinda Brown (Islington Assembly Hall) and Andrew Parsons (Ticketmaster) appearing in the first session, and StubHub’s Wayne Grierson taking a lone stand in the second. Even Grierson is critical of Viagogo, describing the company as “an absolute disgrace” and with “discrediting” the secondary business.

A full transcript can be downloaded here.

The role of Google in secondary ticketing, and of Viagogo’s strategy of using AdWords to dominate online search for tickets, was raised at length at the Committee. FanFair have published two pieces of research (here and here) highlighting in detail how Google users are potentially misled into buying touted “resale” tickets, even when face value inventory is widely available from authorised primary sellers.

Despite Google launching a global certification process for ticket resellers in February 2018 – a truly positive step, that effectively stopped Viagogo marketing themselves as an “official site” – and despite long-running conversations with Google, with the Advertising Standards Authority and with Government, this is one area where we have failed to see enough progress.

So, joining up with the All-Party Parliamentary Group on Ticket Abuse and Society of Ticket Agents & Retailers (STAR), FanFair wrote and published a letter to Google’s Matt Brittin and Ronan Harris – requesting that they finally take action against Viagogo, and that Google enforce their own guidelines that advertisers must comply with “local laws”.

The letter was counter-signed by a wide range of music, theatre and sports organisations, including the Featured Artists Coalition, the Agents’ Association, the Concert Promoters Association, the Association of Independent Festivals, UK Music, the Football Association and the English Cricket Board.

While we wait for the CMA and others to take action, and while Viagogo continues to resist reform, it feels that dislodging the site from it’s perch on search would be another major step forward. Google is clearly the first step of many consumer’s “journey” when purchasing tickets (43% according to our independent Ticked Off research) and for such a trusted brand to actively promote one of the most toxic remains a major problem.

FanFair will continue to lobby Google on this issue. Removing an advert shouldn’t be that difficult, and building on their certification system this is the perfect opportunity to show some corporate responsibility.  We also need artists to communicate with their audiences – to point them towards consumer-friendly resale services, and advocate that they avoid Viagogo at all costs.

*We legal reasons, we have to use words like “concerns” and “potentially”, but a small prize will be offered to anyone who can find a Viagogo listing compliant with UK consumer protection law.