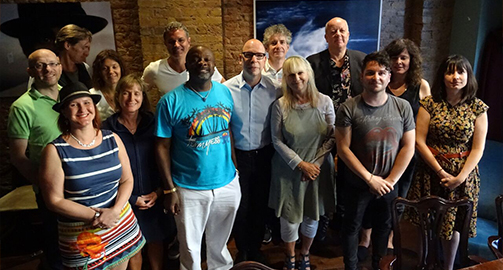 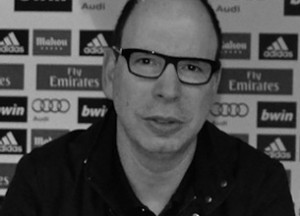 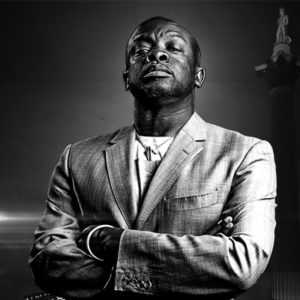 Following the organisation’s AGM last week, the Music Managers Forum (MMF) has announced Paul Craig (Nostromo Management) as its new Chair.
Paul replaces Diane Wagg (Deluxxe Management) who steps down after four years at the helm, including three as Co-Chair with Stephen Budd (Stephen Budd Music). Diane will remain a board member for one further year, before becoming an MMF Custodian. Kwame Kwaten (Ferocious Talent) has been elected as the MMF’s Vice Chair.
For more information on Diane’s plans now she is no longer Chair, please see here 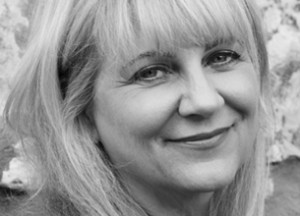 Over this four-year period, the MMF’s membership has swelled by 35%. The organisation now represents more than 500 UK-based managers. With Diane putting diversity at the top of the MMF’s agenda, a third of current members are female, with a similar percentage aged under 30.
With an expanding Associate Membership (the likes of Bandsintown, Deezer and SoundCloud have joined as Associates over the past 12 months) the MMF has also greatly increased its range of activities for members, with monthly London meet-ups, events in Birmingham, Liverpool and Manchester, alongside bespoke workshops and training days.
Diane Wagg said:
“The music business has changed dramatically over the past four years, and so has the MMF. It’s been a real pleasure to work with such a fantastic community of managers and particularly exciting to see such an influx of new members come onboard. Paul and Kwame are brilliantly placed to continue to grow and progress the voice of the MMF.  I know they’ll offer Annabella and her team, who are a joy to work with, all the support they need to build on our current successes.”
As manager of Biffy Clyro, one of the UK’s most successful rock acts, Paul draws upon a wealth of industry experience and has represented a myriad of acts including INXS, Kaiser Chiefs, Birdy, Bullet For My Valentine and Junior Senior.
Paul co-founded SuperVision Management in 1999, with the company winning both the Music Week and MMF awards for “Manager of the Year” in 2006.  He was appointed GM at Atlantic Records UK in 2007 before promotion to SVP, Artist Partnerships, Warner Music UK in 2009, and founded Nostromo Management & Consultancy in 2014 as an independent company focussed on global artist management and new technology.
MMF Vice Chair since 2017, Paul will now serve a maximum of three years as MMF Chair.
Paying tribute to Diane Wagg, Paul said:
“Working in tandem with our Chief Executive, Annabella Coldrick, Diane Wagg has been fundamental in transforming who the MMF represents and what it stands for. As well as overseeing industry-changing initiatives such as Dissecting The Digital Dollar and the FanFair Alliance campaign which have helped foster a new era of transparency and trust, there has also been a sea change in the make-up of our membership and our board. The increase in membership, especially among younger and female managers is testimony to Diane’s impact, her leadership and her innate sense of inclusiveness. Our last year working together has been hugely enjoyable.”
Annabella Coldrick, Chief Executive, Music Managers Forum, added:
“Diane has been a real rock of support for me personally. She ensured a welcome introduction, not only to MMF members but throughout the wider industry. I’ll always be in debt to her generosity and expertise, and for the positive stamp she has made on the MMF – ensuring we represent a greater diversity of managers, and a greater number of managers overall. I know that Paul and Kwame are huge advocates of her achievements, and I look forward to working with both of them.”
Other MMF board members and MMF Custodians have also paid tribute to Diane’s leadership.
Jackie Davidson, Jackie Davidson Management:
When Diane took over the helm of the MMF it was like a whirlwind of fresh inspiration. She has spearheaded the drive for diversity within the organisation, which showed real vision. By bringing in younger managers and by getting more women on the board, it has made the MMF more relevant than ever.
Steven Braines, The Weird & Wonderful
“Diane disrupted the MMF as a bit of a millionaires boys club, which as a bi guy working in electronic music I didn’t relate to and, rightly or wrongly, I perceived that I wouldn’t have a real voice in. Dianne listened, cared and dispelled that perception for me and furthermore encouraged myself and others to stand for the board to make sure that people like me were actually represented, could shape future decisions and no longer felt disenfranchised. There is a record number of LGBTQUIA+ and female board members now and a record number of members in general. The Wonderful Wagg has changed my own expectations of what I can achieve in artist management. What a glorious gift to give to me and many other members.”
Paul Burger, Soho Artists
“Diane has been an outstanding Chair of the MMF who has shepherded the organisation through some incredibly challenging times in the industry.  And while all the industry transformation was going on, Diane worked tirelessly through the transition from Webbo to Annabella as MMF Chief Exec and strengthened the organisation tremendously.  The voice of the artist and manager has never been stronger and while there is still much to be done, she has worked to grow the membership, improve the professionalisation of the organisation, and deliver a coherent view on key industry issues. While she will be missed in the seat of chair, we are fortunate not only that she will carry on but also that she hands over to an incredibly capable new team.”
Ellie Giles, Step Music Management
“Diane has brought people together, her altruistic nature and warm demeanour has allowed the MMF to flourish. Leadership in this way allows people to grow and develop. The MMF has become an even more important voice whilst also pushing for an open and diverse membership. It’s a testament to Diane that she has allowed this to be the case. We all need more Diane’s in our lives!”