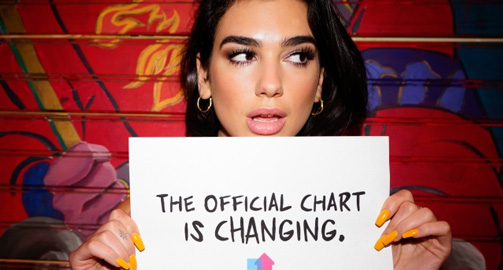 It has been revealed that starting on the 6th July 2018 the Official Singles Chart will now take official video streaming figures from YouTube into consideration for single chart positioning.

The new changes will see plays from official music videos on YouTube taken into consideration only – user-generated content will not be counted. Views from vevo-managed YouTube channels will be considered, however, streams from vevo.com will not. The inclusion of YouTube follows the launch of the new YouTube music streaming service YouTube Music.
“This is a significant step for the UK and ensures The Official Chart continues to be the most comprehensive and trusted chart in the UK, bar none… In the modern era, artists are increasingly multi-faceted creators, with a highly developed visual sense running in parallel with their music. The addition of video ensures that the Official Singles Chart reflects the creativity of the artist in the broadest way possible – and music fans’ engagement with that vision.” Official Charts Company chief executive Martin Talbot