Home / Uncategorised / Red Light Management’s Lisa Ward and Rachael Bee, MD, ILUVLIVE, elected to board of the Music Managers Forum
< Back to articles 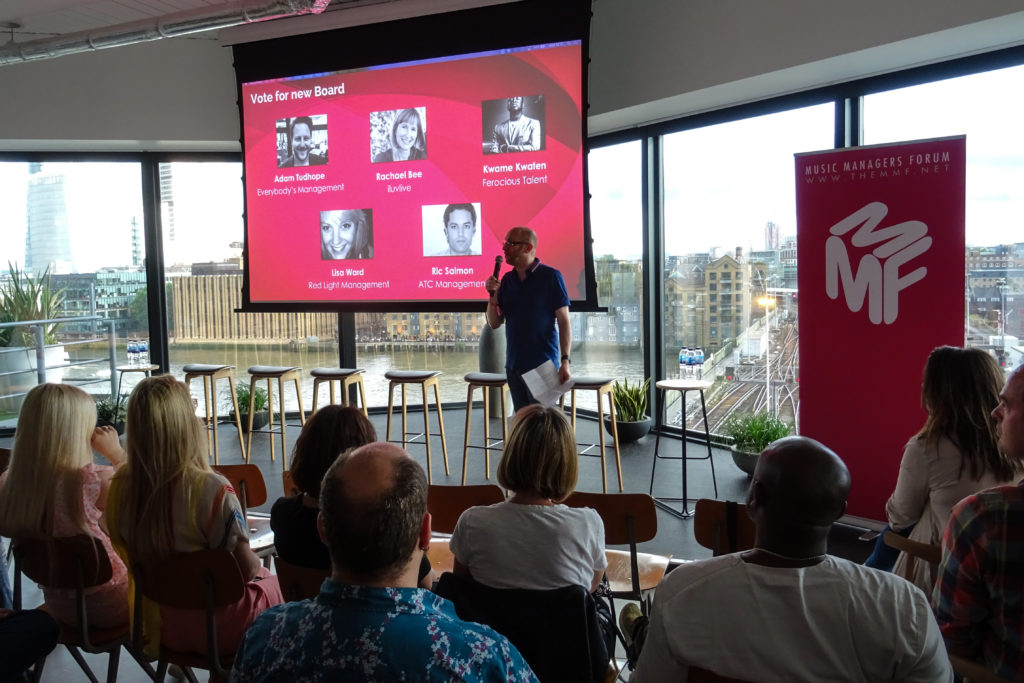 New Chair to be announced next month

The Music Managers Forum (MMF) has announced that Lisa Ward (Red Light Management) and Rachael Bee (ILUVLIVE) have been newly elected to the board.

The news was given to members at the organisation’s AGM yesterday evening, held at the offices of Kobalt.

The MMF introduced new voting processes in 2017 to promote greater diversity and inclusion, and to bring in a wider representation of managers’ perspectives. This requires elected board members to serve a fixed three-year term, with at least 5 members required to stand down or stand for re-election each year.

Lisa and Rachael will both bring extensive commercial experience to the MMF board table.

As Red Light’s EVP Artist Strategy, Lisa works closely with management teams representing more than 70 artists – including Bastille, Belle & Sebastian, Everything Everything, Franz Ferdinand and Kaiser Chiefs – helping them to grow their individual businesses. Previously, she spent more than a decade at Universal Music Group, rising to become Label Manager at Fiction Records.

“Lisa and Rachael are two of UK’s most talented and respected executives, and their collective experience will be a huge positive for the MMF and our future policy making. I am genuinely thrilled they are joining the board. I would also like to thank Erik and Joey for their contributions and support over the past three years. Both have put significant time and energy into this organisation, and it is all the stronger for their involvement.”

Following yesterday’s AGM, the new board will convene for a special meeting in early July when Diane Wagg will step down as Chair and a replacement will be announced.

The full list of MMF board members is as follows: