Home / Distribution / PRS confront distribution errors, discuss the new live tariff, release their transparency report and elect a new board at AGM
< Back to articles

PRS confront distribution errors, discuss the new live tariff, release their transparency report and elect a new board at AGM 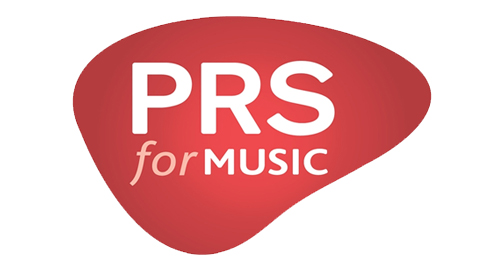 PRS confront distribution errors, discuss the new live tariff, release their transparency report and elect a new board at AGM.

MMF attended the PRS AGM on 25th May 2018. CEO Robert Ashcroft began by addressing the PRS distribution errors to songwriters and publishers of the past year – recorded in the April 2017, July 2017 and April 2018 distribution.

Members were advised of individual overpayments in April 2018 in advance of the distribution and asked to return any money identified as an overpayment. The PRS for Music board decided that it was better to distribute the money and reclaim overpayments manually, than holding back the entire £170 million distribution for this period.

PRS agreed that as this money from April 2017 & July 2017 – was distributed in good faith, asking for individual members to pay it back would not be the correct course of action as it was likely already spent.

Following the consultation with external auditors, PRS will reclaim the outstanding balance of the overpayment, not by taking it from individual members, but by taking it from the society’s net Royalty creditor balance. We believe this means that once tax, administrative costs, staffing costs and other expenses have been deducted from this year’s royalty pot owing to songwriters, the loss (due to the overpayment) will be taken from the overall royalty pot before money is distributed to its members. Please note: the overpayment will be accounted for over a period of 15-20 years so as to minimise impact on the membership as a whole.

The reasons stated for the overpayments from PRS:

– Overwhelmed by the sheer volume of usage data being reported

– April 2017 error had followed the reorganisation of the PRS Distribution Accounting Function.

– Despite our best efforts, our documentation, processes and controls needed further improvement

– Still too much manual intervention

– Trying to maintain too ambitious a distribution schedule

To ensure the next distribution is correct, PRS have brought forward the cut-off receipt of usage data for the July 2018 distribution, which will mean a one-off reduction in cash flow for PRS members, while new systems are put in place. MMF is seeking with PRS to clarify the scale of this one-off reduction so that members can plan ahead.

Live Popular Tariff (LP) has been set at 3% of gross receipts since 1988. After over two years of consultation, a new agreement has been reached, which reflects the growth in the live sector over the past 30 years. The new tariff will increase from 3% to 4% (4.2% if the licensee elects not to account to PRS revenue generated from booking fees, administration and service charges), for qualifying festivals the tariff will reduce from 3% to 2.5% (or 2.7% as above) and the minimum fee charged for events will be waived entirely.

The Annual Transparency report required by the EU directive on collective management was circulated at the AGM and should be made available online. This covers the detail on the monies received and paid out to collecting societies all around the world including Broadcast, Live, Online and other. It shows that many territories make no payments at all to PRS songwriter members. Those that do make deductions of between 4-20% on the income before it is paid over to PRS. MMF asked Robert Ashcroft what efforts are being taken to ensure monies are correctly collected and distributed and to reduce the high fees deducted in many territories. Robert highlighted the work of ICE which is providing better data matching in Europe and lower fees and the aim of creating hubs around the world to simplify licensing and payments in the future. MMF is currently exploring a piece of research with CMU following on Dissecting the Digital Dollar looking in detail at this and identifying where the money is going.

PRS for Music announces new board members and directors.

Jim Duguid and Dru Masters have replaced Crispin Hunt and Mick Leeson as newly as Writer Directors at the PRS. Edward Gregson, John Minch and Simon Platz have been re-elected as Publisher Directors. Stephen Davidson and Mark Poole are re-elected as external directors on the PRS Board.