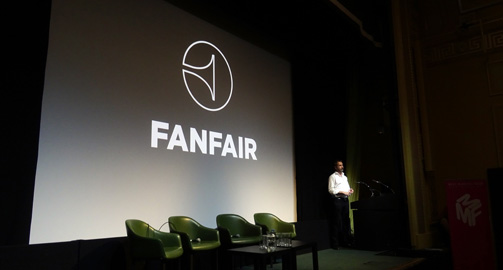 We had over 100 industry professionals attend our event with the FanFair Alliance this week to discuss secondary ticketing.

A huge thanks to the teams behind Arctic Monkeys, Ed Sheeran, Iron Maiden and PIXIES for sharing their case studies at the event. It was very insightful to hear the different strategies used to combat ticket touts by individual artists’ teams. It was made clear, however, that no one strategy fits all, and that different techniques would need to be adopted by artists at various stages of their careers. It isn’t a problem we need to leave to the arena artists either, and that artists should communicate with fans about ticketing from day one.

– Planning: speak to your ticket and venue partners in advance and don’t complain later.
– Communications: make the small print the large print, speak to your customers/fans.
– T&Cs are important, write and review them carefully, and then make sure you enforce them.
– Provide a resell mechanism, so fans have the ability to resell ethically

The event highlighted the need to look at regulated ticket reselling opportunities, to reclaim the phrase “secondary ticketing” and dispel the negative connotations associated with the term. Genuine fans should be encouraged to resell tickets at face value when they can no longer attend an event, but in such a way that it will deter ticket touts and businesses exploiting the resell opportunity for personal gain.

According to research commissioned by FanFair in 2017, 77% of the general public think you should be able to resell a ticket. 58% think the resale price should be limited to what you paid for it. However, over 80% of those surveyed said that the current system of ticket resale, as practised by the Big 4 sites, is a “rip off”.

Finally, the onus for tackling the issue of secondary ticketing, should not be left to the artist alone, but that it should be a combined effort between artist, agent, promoter and ticket retailer.

There is still time to sign the declaration:
Visit: https://bit.ly/2ap7Kee
Email: info@fanfairalliance.org

Today, the Advertising Standards Authority (ASA) has referred Viagogo to National Trading Standards for investigation.
The ASA has stated:

Last week we reported on the FanFair summit, Read the FanFair information below, to get a detailed overview of the event and to find out how to reinforce your T&Cs to stop the touts.

Manager Spotlight offers a small insight into the heads of incredible managers. This week in the spotlight is Des Agyekumhene! How Read More