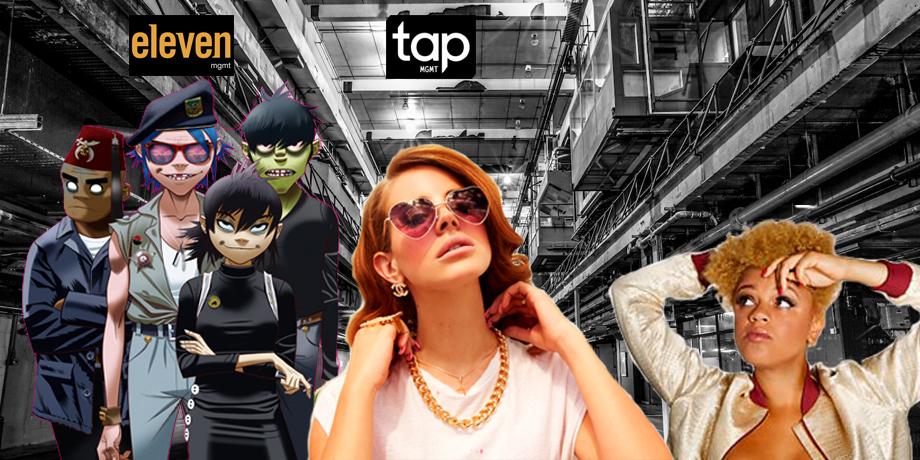 TAP Management will be collectively crowned as Manager of the Year at the 6th annual Artist & Manager Awards on November 14th.

Founders Ben Mawson and Ed Millett will accept the award, recognising their team’s significant successes in 2017 guiding the careers of artists such as Lana Del Rey, Dua Lipa, DJ Shadow, Angus & Julia Stone, as well as an innovative and multi-faceted approach to music management.

Founded in 2010, and with offices in London, Berlin and LA, TAP’s forward-thinking approach has seen them build a hugely impressive roster of artist, writer and producer clients, as well as a growing publishing company and most recently a label setup.
This year has been particularly notable for their work with Lana Del Rey and Dua Lipa – guiding back the former for her fifth album, Lust For Life, with transatlantic number ones, and taking the latter from YouTube to pop domination across the UK and Europe, including the first number 1 UK single for a solo female since Adele in 2015. Other new and exciting TAP Management artists starting to come through include Grace Carter, Dermot Kennedy and Col3trane.

In addition, we will be celebrating the work of Niamh Byrne and Régine Moylett founders of Eleven Management – widely considered one of the UK’s most innovative music operations, with a roster to match including Damon Albarn, Blur, Roisin Murphy, The Clash and Gorillaz. Their Entrepreneur of the Year Award recognises their successful and ambitious global campaign which launched Gorillaz’s fifth studio album Humanz.

All helped drive the album’s momentum, with Humanz topping iTunes rankings in more than 50 countries within hours of release (it finally reached number 2 spot in the UK and No 1 the US album charts) as well as fuelling streams and social media engagement. The band’s live activities included a sell-out major US tour and their own 15,000-capacity Demon Dayz festival in Margate. Gorillaz are currently in the midst of European and UK arena dates, and powering into next year with a series of dates planned for 2018.

“To succeed in the modern day music business, managers need to think outside the box while keeping a multitude of plates spinning. This is no easy task, but the judging panel unanimously felt that 2017 was TAP Management’s year. As well as the phenomenal success of Lana Del Rey and Dua Lipa, we felt the entire team’s integrated approach across music publishing, music production and brand strategy was worthy of recognition. This is a company with music at it’s heart, but with the ambition to forge new paths and set new trends.

“Similarly, Niamh and Régine have instigated a truly groundbreaking campaign for Gorillaz’s Humanz, amplifying the scope of the album’s collaborative vision with a series of eye-catching partnerships that opened new creative potentials, including augmented reality apps and a stunning VR video. Always sensitive to Damon Albarn and Jamie Hewlett’s vision, they also curated the highly successful Demon Dayz festival in Margate. As with TAP Management, Eleven are worthy winners at the Artist & Manager Awards.”

Sponsored by Spotify, the Awards takes place on the evening of Tuesday November 14th at Printworks London.

The MMF and FAC are also delighted to confirm that BBC Radio 1’s Gemma Cairney will be hosting the ceremony.

Other previously announced winners at the 2017 Awards are Depeche Mode’s manager Jonathan Kessler, who receives the Peter Grant Award for Lifetime Achievement; Tracey Thorn, who will pick up the Artists’ Artist Award; and Echo Beach’s Jill Hollywood for Writer/Producer Manager.

More winners will be announced in coming weeks.