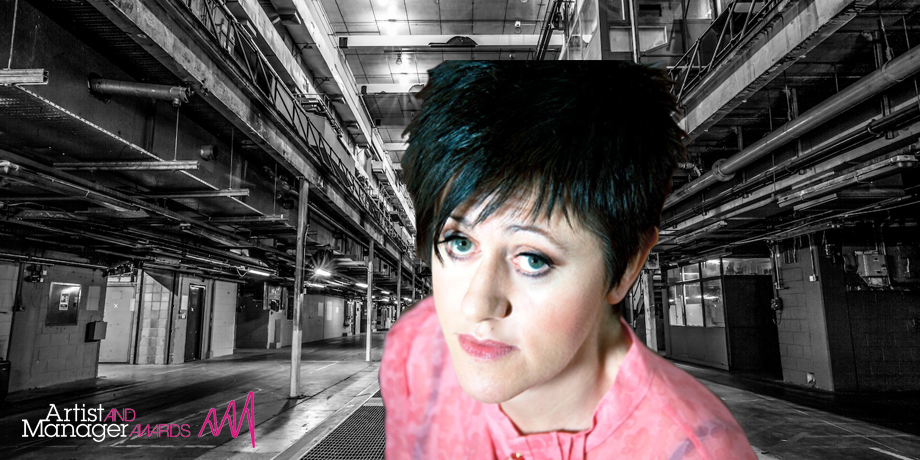 The Featured Artist Coalition (FAC) and Music Managers Forum (MMF) are delighted to announce that Tracey Thorn will receive the Artists’ Artist Award at the A&MA’s on November 14th.

Voted for by fellow artists in the FAC and peers, the award recognises the extraordinary long-term creative and innovative musical output of an individual or group – with previous winners including Joan Armatrading, Placebo, Robbie Williams and Massive Attack.

As one of the UK’s most distinctive and respected vocalists and songwriters, Tracey has forged a unique creative path since the early 1980s – from her roots in the post-punk DIY pop of the Marine Girls, as founding member of Everything But The Girl with husband Ben Watt, as an acclaimed solo artist, and also as a serial collaborator with some equally singular talents, including The Style Council, The Go-Betweens, Massive Attack, Jens Lekman and John Grant.

Always two-steps apart from scenes or trends, Tracey has moved effortlessly through a diversity of genres and styles, reaching significant commercial peaks along the way – notably with Everything But The Girl, who have achieved twelve top 40 singles in the UK (including four top 10’s) and seven Top 20 albums. Remixed by the legendary Todd Terry, the duo’s 1994 track Missing helped define its era and became a genuine global hit, reaching No. 2 on the Billboard Top 100.

Over recent years, Tracey has also emerged as an acclaimed writer and author. Her bestselling autobiography Bedsit Disco Queen: How I Grew Up & Tried To Be A Popstar is undoubtedly one of the wittiest and perceptive recollections of a life in music, while its follow-up, Naked At The Albert Hall, offers a fascinating exploration of what it takes to stand up and sing for a living. Her fortnightly “Off The Record” column for the New Statesman is a must-read for anyone with a passing interest in music, art and life in general.

With a new solo album on the horizon – an “accidental” album, apparently, and her first in five years –  the FAC and MMF are truly delighted that Tracey has agreed to accept the award.

“I am so flattered to be given this award. I haven’t won anything since 1984, when City Limits magazine gave me a small garden gnome for being the Best Female Singer. So this is a sharp thrill indeed, and I thank everyone involved.”

“The Artists’ Artist Award is all about peer recognition and FAC members saluting a stand-out individual or group with a long term track record of innovation and creativity. Tracey Thorn certainly has all that and more.  A quietly ubiquitous voice in British music over recent decades, few other artists have excelled, inspired and collaborated as widely as Tracey has.  She is a fantastic role model for all creatives and as such, the FAC is proud to honour this legendary artistic voice. We are absolutely delighted that Tracey has agreed to accept this Award, and look forward to celebrating with her on November 14th.”

Sponsored by Spotify, the Artist & Manager Awards will take place on the evening of Tuesday November 14th at Printworks London.