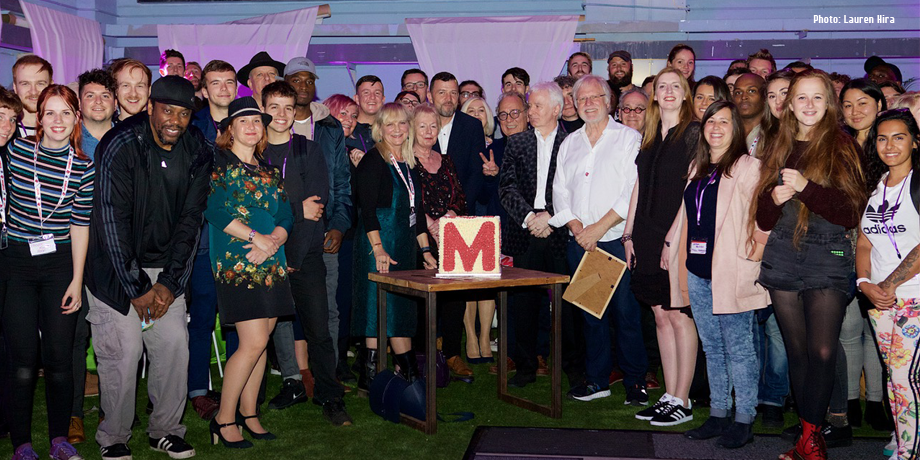 25 years ago, when The Shamen’s Ebeneezer Goode was number one and Mike Oldfield’s Tubular Bells II topped the album chart, a group of around 250 UK managers gathered in Manchester at Tony Wilson’s In The City music convention, to host an meeting. Or in their words a “Managers’ Forum”.

The session was instigated primarily by Elliot Rashman, manager of Simply Red. He was joined by fellow panellists including Bruce Findlay (Simple Minds), Ed Bicknell (Dire Straits) and Gail Colson (The Pretenders), while luminaries such as Peter Grant, Keith Harris, Jazz Summers, Ray Coffer, David Walker and Steve Abbott all chipped in from the floor. Also in the audience were the young guns – managers such as Diane Wagg, Rose Marley and Stephen Budd.

What followed was a no-holds barred debate, covering subjects as varied as major label accounting practices (no surprise there!), copyright ownership, diversity, sexism, the need for better training and education and the transformative impact of technology.

Pointedly, just three years after Tim Berners-Lee’s invention of the world wide web, Elliot for one was looking ahead to a digitally-dominated business. “Let me give you a scenario: within 5 years’ time there will be a computer in everybody’s home that will open the curtains, deal with the central heating, the hi-fi and everything. It will also be the terminal where music will be dumped. The Top 40 will be dumped on it and you will be able to choose and download onto longterm memory the tracks you want to keep.”

And bringing them all together was the burning issue of the moment, the decision by record labels to extract a royalty break from artists on the ‘format of the future’, the Digital Compact Cassette.

If you haven’t guessed, this was the moment, on September 13th 1992, that the MMF was born. (Or IMF, as it was initially called.) Within weeks a steering committee was established, chaired by Dennis Muirhead, and music managers had a common voice to stand behind. It was an unprecedented stuff.

Revisiting a transcript of the meeting today, the energy in the room is palpable. It’s funny, it’s furious and frequently quite near the knuckle. In fact, just like an MMF meeting today.

And most of the issues debated remain unerringly familiar too. Transparency, diversity, access to education and finance, control of copyright… these are all still raised at conferences, around board tables, and wherever else the wider business gathers. The digital revolution may have opened doors to many artists and music entrepreneurs, particularly those launching in the streaming era, but the wider battles rage on.

Recorded music being a case in point.

The Digital Compact Cassette may be consigned to history, but creator and performer revenues received via the dominant “format” of today – audio and video streaming – remain a live and contentious issue. The delivery mechanism has changed, but the argument remains the same.

The MMF is still fighting for greater transparency and our recent Dissecting The Digital Dollar reports have attempted to instigate a more open debate around the the complexities of streaming royalty flows, and to provide a greater understanding of this evolving market. As the recorded business transitions away from ownership models and music fans adopt streaming and subscription services en masse, such information is imperative for music managers if they are to properly assess and advise their clients on strategic business decisions.

A recent report by Goldman Sachs’ analyst Lisa Yang, predicted that audio streaming will be worth $28bn globally by 2030. Even if only halfway accurate, then those individuals who sustain and support the “music industry” and create thousands of UK jobs – ie our artists, songwriters, musicians, and producers – must receive their equitable share.  All boats must rise.  Unfortunately, given the NDA culture inherent in digital licensing deals, and general consolidation in the recorded music market (in 1992 there were still six major record labels), our members are still often lacking the clarity needed to ensure their clients are being fully and fairly remunerated for their creations.

Notably, according to Yang, around 70% of streams are from catalogue tracks.  Many of those artists signed their deals in the pre-digital era. Again, if these individuals are ultimately responsible for driving a “second digital revolution”, then they too must share in the spoils. Little wonder so many artists and managers are taking the decision to work outside the ‘traditional’ label system, and plug in simply for distribution and marketing.

The transcript is also a timely reminder as to the value of trade organisations: to take a lead on challenging issues, to provide representation, to ensure members have a stake in the debate, and to help assist with their personal and professional development.

A successful trade body is always in the process of perpetual reinvention. As well as relying on the knowledge and knowhow of experienced individuals, each year ushers in a new intake of membership – all with new ideas about the business, and how things might be done differently. You must be relevant to these individuals too.

On that front, recent changes made to the MMF’s statutes should greatly improve our level of representation – rotating a third of the Board on an annual basis, with members elected to serve a fixed three-year term – so we bring in new thinking and perspectives. These kind of structural changes are vital, and will move us even closer towards the more diverse and inclusive community envisaged in 1992.

Equally, when we marked our silver anniversary this week (September 27th) by returning to Manchester, we brought together not only those individuals who helped create the MMF, but also those who represent its future by hosting a one-day training event for over 200 young artists and music managers, putting on workshops and talks, and connecting them with a range of relevant music businesses.

In short, it should be the perfect encapsulation of what the MMF is about – and with the Artist & Manager Awards also on the horizon (note for your diaries: November 14th, tickets available now!) a fitting celebration for a such a significant milestone. Whether those who gathered 25 years ago would have envisaged what the MMF would grow into, I’m not sure. But I certainly hope that we’re still making them proud.