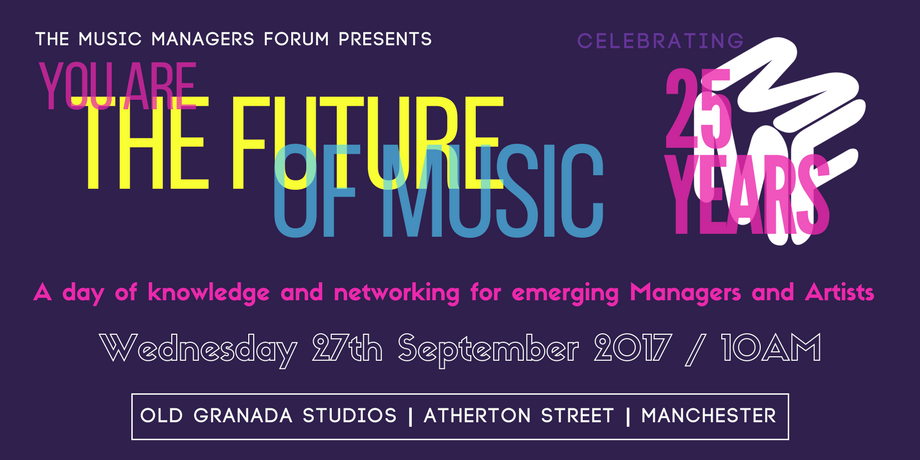 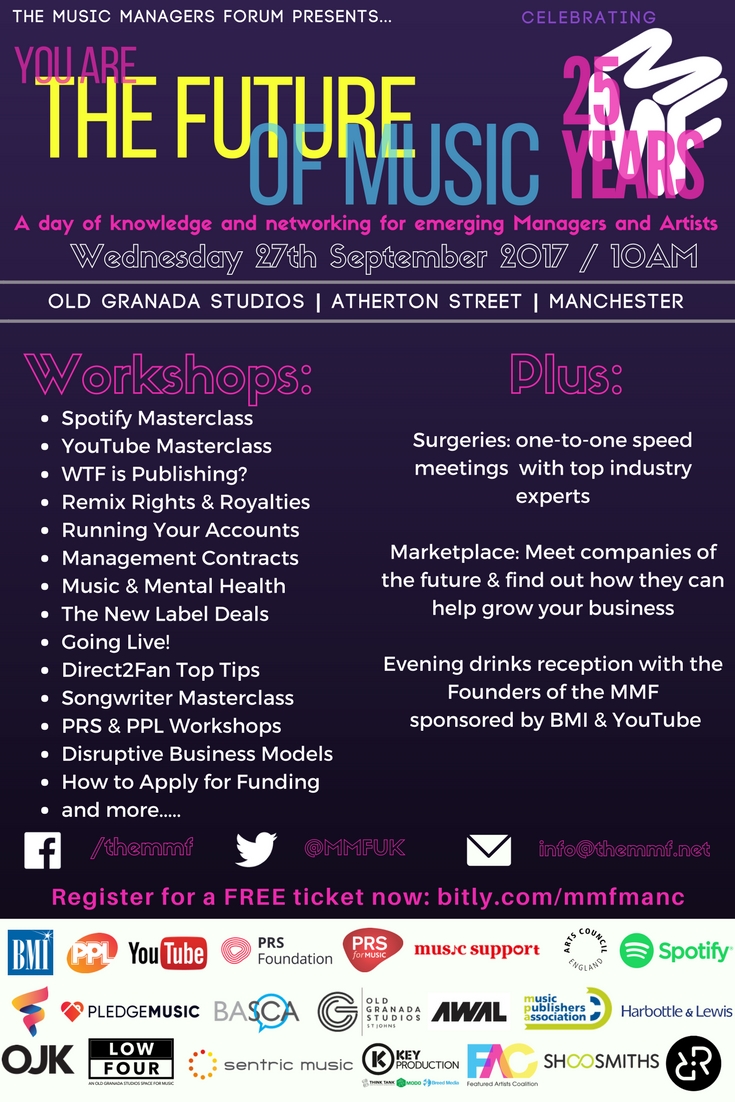 The event will take place on Wednesday, September 27 from 10am to 5pm at the Old Granada Studios, Atherton Street, Manchester.

Businesses and organisations confirmed to present at the event, titled You Are The Future Of Music, include Spotify, YouTube, AWAL, PledgeMusic, Sentric Music, Music Support, PRS Foundation, PPL, PRS for Music, BASCA and the Featured Artist Coalition.

“Over the past 25 years, the MMF has aspired to support and empower each new generation of music managers and artists, helping equip them for the next wave of technological change,” said MMF CEO Annabella Coldrick. “To celebrate such a major birthday, we thought it was fitting to return to a city that remains such a beacon of musical innovation and talent, and to connect with some of the region’s brightest entrepreneurs and musicians.”

Alongside masterclasses and surgeries focussed on the latest music business innovations, the day will pack in practical information on a range of music-related issues including label and publishing deals, songwriting, funding and finance and mental health. There will also be one-to-one speed meetings, and an opportunity for aspiring music managers and artists to meet and network with top industry experts.

The event will also act as a celebration of the MMF’s 25th anniversary. The organisation was founded in Manchester in September 1992 at In The City, the long-running music industry conference started by the late Tony Wilson and partner Yvette Livesey.

“As a fledgling music manager at In The City in 1992 I remember the moment the MMF sprang into existence – so it feels entirely fitting that we’re returning 25 years on with an emphasis on helping upcoming artists and entrepreneurs further their careers,” said MMF chair Diane Wagg. “Education remains a huge part of the MMF’s remit, and this is a fantastic opportunity to meet and network with some of the world’s most exciting music companies.”

In to the evening, the event will bring together founders of the MMF alongside current board members and local industry figures for a drinks reception sponsored by YouTube, BMI and Jack Daniels.