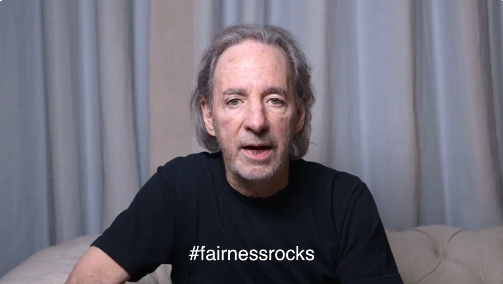 Harry Shearer, renowned worldwide for his voicing of 23 characters on the long-running animated television series ‘The Simpsons’, has filed a comprehensive legal action in Los Angeles, California, USA.

The lawsuit alleges the French conglomerate, Vivendi S.A., engaged in anti-competitive and unfair business practices, as well as fraudulent accounting, directly related to its management of the cult-classic film, This Is Spinal Tap.  Shearer co-created the film, co-wrote the soundtrack and starred as the Spinal Tap band’s bassist, Derek Smalls.

According to the complaint, Vivendi and its agents, including StudioCanal and Universal Music Group, wilfully manipulated certain accounting data, while ignoring contractually-obligated accounting and reporting processes, to deny Shearer and his fellow co-creators their rightful stake in the production’s profits. The action seeks US$125,000,000 in compensatory and punitive damages.

As a StudioCanal executive with personal responsibility for exploitation of the film and band, Ron Halpern is named as a co-defendant in the claim.  Halpern is based in Paris.

“Almost 40 years ago, Christopher Guest, Michael McKean, Rob Reiner and I created the somewhat legendary band Spinal Tap,” said Shearer. “We thought there was something real and really funny about the characters, and between that inception and the theatrical release of This Is Spinal Tap in 1984, we poured ourselves into nurturing and perfecting the paean to rock loudness that has entertained so many people, even today. But despite the widespread success of the film and its music, we’ve fallen victim to the same sort of fuzzy and falsified entertainment industry accounting schemes that have bedevilled so many other creators. In this instance, the fraud and negligence were just too egregious to ignore.  Also, this time, it was personal.”

In 1982, Reiner, Shearer, Guest, and McKean – signed an agreement with Embassy Pictures, Inc. for the production, financing and distribution of This Is Spinal Tap. The agreement ensured profit participation payments, at the rate of 40 percent of net receipts, to the creators based on all sources of revenue, including merchandise and music.

After two years of production, the film was released in 1984. It soon became a cult favourite and its reputation as one of the 20th Century’s most enduring comedies has increased exponentially in the ensuing years. The film’s accolades include being named in theNew York Times Guide to the Best 1,000 Greatest Movies Ever Made list, Total Film’s 100 Greatest Movies of All Time list, and achieving the coveted Number One spot on Time Out London’s 100 Best Comedy Movies list. In 2002, the film’s lasting appeal led the US Library of Congress (the world’s largest cultural collection), to designate it as a culturally, historically or aesthetically significant film.

The film’s ongoing critical success was likewise matched by its financial success. It was produced on a shoestring budget of US$2.25 million. Yet This Is Spinal Tap and the music and merchandise that it and the band have spawned, earned tens of millions of dollars in revenue, according to the complaint – through re-releases, album and singles sales, merchandise sales, and distribution of the film in various formats, across the globe over the course of the last 32 years.  However, these profits were not fairly shared with the four co-creators, cast or crew.

When Vivendi acquired the rights to This Is Spinal Tap in 1989, through its subsidiary Canal, the lawsuit alleges it began a concerted and fraudulent campaign to hide, or grossly underreport, the film’s revenues in order to avoid its profit participation obligations. Vivendi’s financial reporting of income has been woefully inconsistent at best. Performance of its duties to the film’s creators dropped off entirely from 2014, the 30th anniversary of the film’s initial theatrical release. In the past two years, Vivendi has altogether failed to produce an account of any Tap revenue, according to the complaint.

The complaint alleges that This Is Spinal Tap has generated millions of dollars, across various revenue streams, for Vivendi, its subsidiary companies and their licensees. The French conglomerate asserts that the four creators’ share of total worldwide merchandising income between 1984 and 2006 was US$81 dollars. Between 1989 and 2006, total income from soundtrack music sales was reported by Vivendi as US$98 dollars, according to the complaint.

“This is a simple issue of artists’ rights,” added Shearer. “It is stunning that after all this time, two cinema releases, all the various home video format releases, all the records and CDs, and all the band-themed merchandise still widely available worldwide, the only people who haven’t shared Spinal Tap’s success are those who formed the band and created the film in the first place.”

“Vivendi and its subsidiaries – which own the rights to thousands and thousands of creative works – have, at least in our case, conducted blatantly unfair business practices,” Shearer continued. “But I wouldn’t be surprised if our example were the tip of the iceberg.  Though I’ve launched this lawsuit on my own, it is in reality a challenge to the company on behalf of all creators of popular films whose talent has not been fairly remunerated. I am just one person seeking redress for blatant injustice, but I hope this lawsuit will, in its own way, help set a new precedent for faithful and transparent accounting practices, and fair artistic compensation, industry-wide.

There is more information on the lawsuit website www.fairnessrocks.com  where you’ll also find details of the campaigning groups that already exist to work on your behalf.  They can only be stronger for your support.