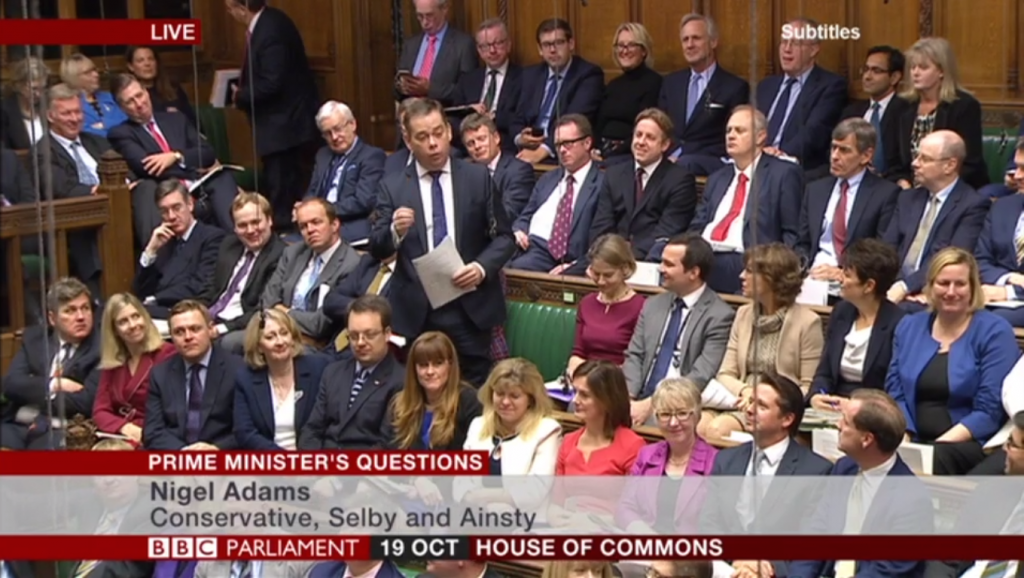 Following similar measures taken in New York, Mr Adams has proposed an amendment to the Digital Economy Bill that would criminalise the misuse of so-called “bot” technology to unlawfully harvest event tickets. The amendment is due to be debated in Parliament by 27th October 2016.

Speaking to the Prime Minister, Mr Adams said: “A few weeks ago I thought that I had successfully bought four tickets online for one of my favourite bands, Green Day, only to be told that the tickets were unavailable and the gig was sold out, but within minutes I could buy the tickets on another site, for twice the price. It turns out that the ticket site had been the victim of a computerised attack by organised touts who then resell tickets at inflated prices. Will the Prime Minister ask her Ministers to give close consideration to my amendment to the Digital Economy Bill that would make the computerised harvesting of tickets for resale an offence? Similar legislation exists elsewhere, and it would go a long way towards protecting consumers and genuine music fans”

Prime Minister Theresa May responded: “I thank my Hon. Friend for raising that issue. I am sure that he is not the only Member of the House who has had that experience, and he is certainly not the only person who has been affected, as Members will know from their constituency mailbags. The Consumer Rights Act 2015 introduced a review of online ticket sales. Professor Mike Waterson’s independent report on online secondary ticketing makes a number of recommendations, including some whereby the industry itself could better protect itself from the problem. The Government will look very carefully at those recommendations to see what can be done to address the issue.

At some sought-after events, it is claimed that up to 70% of tickets listed for “resale” on the ‘Big Four’ secondary platforms (GET ME IN!, Seatwave, StubHub and Viagogo) are purchased by ticket touts using sophisticated technology.

This automated software hacks into ticket sales at the instant they go live – performing hundreds or thousands of transactions simultaneously, blocking access to genuine fans, and enabling touts to scalp huge volumes of inventory for re-sale at profit. It is estimated that the UK’s secondary ticketing market is worth more than £1bn per annum.

A recent report from New York’s Attorney General revealed that, in December 2014, touts using a single bot were able to buy over 1,000 tickets in a minute for a U2 show at Madison Square Garden. In July 2016, the New York State Assembly passed measures to criminalise ticket bots.

Mr Adams’ proposals have been warmly welcomed by the FanFair Alliance, which is campaigning against industrial-scale ticket touting.

“Instinctively, I suspect most people would feel that hacking into a ticket sale with the sole intention of hoovering up huge volumes of inventory to then ‘resell’ at profit would be illegal. Along with enforcement of existing consumer legislation – something that is urgently needed – if this amendment is made law then it would help turn the the tide and ensure that the ticketing market works in favour of fans, rather than touts and the under-regulated secondary platforms that they operate from.”

The issue of secondary ticketing and ticket touting has been the focus of significant attention for music, sports and other creative sectors over recent years.

Published in May 2016, Professor Waterson made 9 recommendations to make the ticketing market work better for audiences. Five months later, Government is still to respond.

In June 2016, the Competition & Markets Authority announced a separate compliance review of the secondary ticketing market. This is due to report before the end of the year.