Home / Live / Tackling The Touts: Highlights from the FanFair Live and Ticketing Summit
< Back to articles

Tackling The Touts: Highlights from the FanFair Live and Ticketing Summit 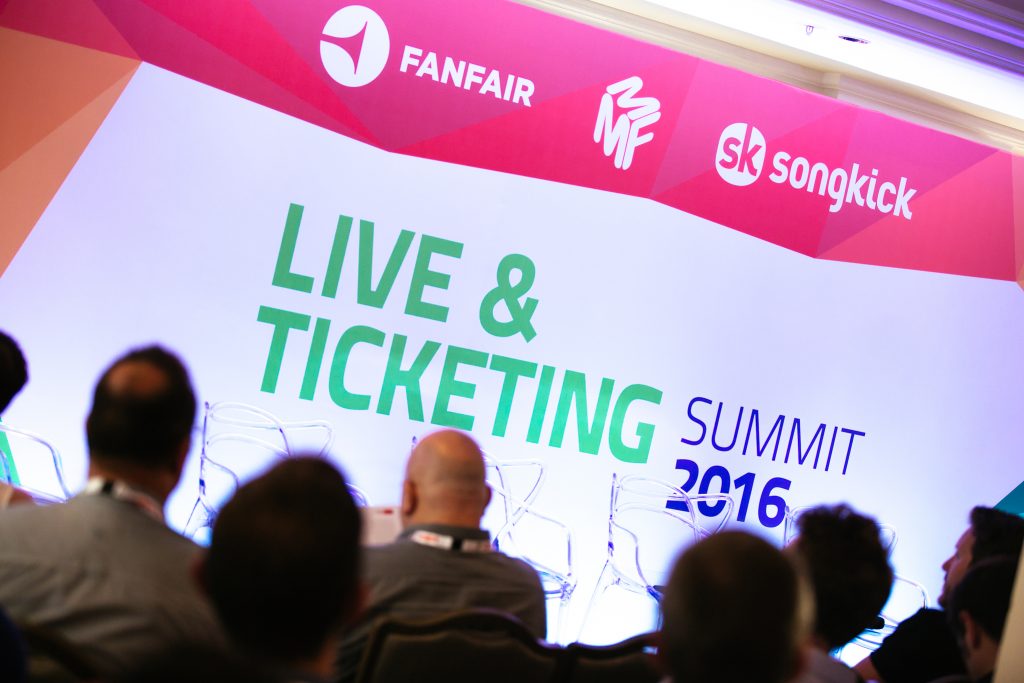 Earlier this year a group of managers came together to fight industrial-scale online ticket touting. They set up the FanFair Alliance, which highlighted three platforms for change: regulatory and political, industry behaviour (how can we get our own business to challenge the acceptability of touting) and consumer behaviour (improving transparency and understanding in the hope that consumers won’t buy from touts).

Earlier this month, MMF, Songkick and the FanFair Alliance hosted a Live and Ticketing Summit as the next step in the campaign against secondary ticketing. Over the course of the day, we heard from managers, agents, promoters and artists who were able to demonstrate that, if you refuse to accept the status quo and make changes to how you sell tickets, it is possible to outwit the touts. Or at least to minimise their activities.

This is the start of a much bigger conversation, and MMF is very happy to provide ongoing resources and forums for managers to share their challenges and successes when it comes to tackling touting.

FanFair also hopes to support consumer research in the Autumn to establish what fans understand about the difference between primary and secondary ticketing and how they make their buying decisions. Following on from this, we’ll produce a consumer guide to help fans make informed choices.

We will also look to meet again next year with a larger and wider coalition across music, industry and sport. MMF and FanFair need help from all managers and artists to continue this work. We do believe that change is possible and that with consolidated action we can make a real difference.

As demonstrated at last month’s Summit, positive and effective steps are already being taken by figures across the live sector and the management fraternity in their own businesses…

“We have to make coming to see shows easier” – Ian McAndrew

Wildlife Entertainment founder Ian McAndrew suggested that the music industry can take a proactive approach in the fight against secondary ticketing sites by making the primary market more appealing for music fans. He pointed to Uber as an example of a company that has placed user experience at the heart of its model and revolutionised an entire industry as a result.

“It still amazes me that when I want to buy a ticket for a show I have to go through this ridiculous archaic experience where we expect fans to get up at 9am, sit on a website, wait there patiently and then face the disappointment of not being able to get a ticket,” he said.

“I’m still surprised that mobile ticketing is not more widely utilised,” he added. “Uber, for example, has transformed the way people move around and yet still in our business we seem to be some years behind where the consumer is. We need to wake up to that and adopt systems and measures that are far more consumer friendly.

“I think we’ve got to recognise that, as a business, you have to make the experience of people coming to see shows much easier and more fun. We have to focus on customer experience.”

McAndrew did suggest that progress was being made by some forward-thinking operations, but then ticket allocation becomes a problem.

“There are many ticket agencies who I know have fantastic propositions when it comes to selling and distributing tickets,” he said, “but they’re frustrated by the lack of access to inventory.”

McAndrew was not the only panelist to flag up the way in which tickets are often allocated by promoters as a major issue that impacts on both artists’ business and fans’ experience in the modern market. ITB agent Lucy Dickins works on the front line of what she referred to as “a constant battle of trying to get as much inventory as possible” under the control of the artist.

“We want to have as many tickets as possible to sell ourselves and to be involved with the likes of Songkick, Dice and Twickets so that we can control it,” she said. “You’re initially given 15-20%, and it’s a real battle to try and get anything more than 30-40%. The box offices are tied in with certain people, which limits the amount of tickets we can control. It’s impossible to control 100% so you have to compromise.”

One of Dickins’ acts at ITB is Mumfords & Sons, a band who take a hands-on approach to as many aspects of their career as possible. Ben Lovett, who plays a number of instruments in the band, is able to look at the ticketing landscape from a number of angles, thanks to also being co-founder of Communion – a music company that, as well as a label and publisher, includes a promotions business and a newly opened music venue.

Speaking on the FanFair panel, Lovett outlines just some of the ways bands are able to tackle some of the basic problems that both encourage and stem from secondary ticketing – if they’re able to gain a significant primary allocation.

“We’ve tried everything,” he said. “We’ve held back tickets, which means there’s some inventory left so the prices aren’t hiked up, that’s one route. We’ve tried paperless ticketing and have got one tour now where pretty much all of the primary tickets are credit card only, so you have to turn up with your card and actually be the purchaser. That means the ticket is non-transferrable, because we do believe it has to be a face-value resale.”

Ultimately, however, Lovett and his agent Dickins believe that one of the most effective things artists can do in the battle against mass ticket touting is to inform fans about the issue.

“We’ve been really vocal about all of that,” said Lovett. “As a band it’s not easy because it’s not particularly cool to be passionate about this kind of thing, but somebody has to. We’re noticing more and more musicians do want to take control of their business and want to be grown up with it. So we’ve done a lot of messaging to our fans and told them where we stand on this kind of stuff and what they need to do. Because they listen to us more than anyone preaching it from the media or

ticketing companies. Writing stuff on our website and inviting people to have a dialogue with us on this has been met pretty warmly and has meant that we have seen a reduction in secondary ticketing as far as Mumfords are concerned.”

Dickins adds: “There definitely has been an improvement. I think the direct conversation between the artists and their fans has meant that fans know who to trust. Constantly explaining to fans that [some routes] don’t benefit the band at all has definitely led to improvements.”

For Sammy Andrews at Entertainment Intelligence, data is the key to unlocking the potential of tomorrow’s music industry. “We’ve never, as an industry, generated more data than we do now,” she said.

“Specifically with applications towards live, every time someone listens to a song on a streaming service, they leave a data trail about who they are, how old they are, their gender, their location… All things that can be utilised for ticketing.

But, again, it’s about allocations. Andrews pointed out that companies in the secondary ticketing sector don’t share their valuable data with the music industry.

“So aside from fans getting ripped off, there’s a large data trail that stops [with the secondary ticketing site],” she said. “As an industry we need to work on access to data, utilising it and presenting it properly. We have to retrain the industry for this new frontier and look at it with new eyes.

“Some of the larger [primary] ticketing companies don’t give you data either. They might let you send out an album promo email after selling your tickets, but there’s no instant process that allows that to happen, you have to discuss it and it’s a total farce. And they don’t provide you any data on who your [ticket buying] fanbase is.

“When you work with a legitimate ticket site that does collect that data, you know who they are and you can feed that into the live and recorded business. If we share data, regardless of who you’re selling your ticket through, smart people can use it. I see it as ‘Data Wars’ – it’s not just about extracting finance anymore, it’s about access to data as well.”

Also present during the FanFair conference was Professor Michael Waterson, who’s report on consumer protection measures concerning online secondary ticketing was published in May this year.

The report contains a number of key recommendations:

Secondary ticketing is, therefore, on the political agenda and slow regulatory progress is being made. It was noted, however, that there still has been no firm action from Government on Waterson’s recommendations.

Labour peer Baroness Dianne Hayter, also present at the Summit, urged the music industry to maintain pressure on Government to make sure any momentum is maintained – and suggested other targets for lobbying. “We’re still waiting for the Government to act on The Waterson Report but there is also the Competition and Markets Authority [CMA],” she said. “They know I think they’re spineless because they’re meant to be consumer focused but actually they say if the market clears there isn’t a problem. They are meant to be our consumer champion.”

The CMA is carrying out its own review on secondary ticketing but it has suffered delays and is currently earmarked for the end of the year.

“I assume it’s because they’ve finally looked at the issue and realised there is a problem,” said Hayter. “Their initial report said that everything is working, which was the most extraordinary statement.

“Enforcement matters and therefore we have to keep hassling the CMA,” she added. “The CMA has to say exactly what a ticket is. Is it a license to occupy? Is it a contract where you can set your terms? We need to define it, because that will help enforcement.

“And you, the music industry, have to keep the pressure on us,” she concluded. “Write to your MP, get your artists involved, never underestimate how much that drip of pressure matters. We’ll do what we can, but we really do need your help.”