Home / Education / MMF Guide: 5 essential tips on getting music synced on TV
< Back to articles

MMF Guide: 5 essential tips on getting music synced on TV 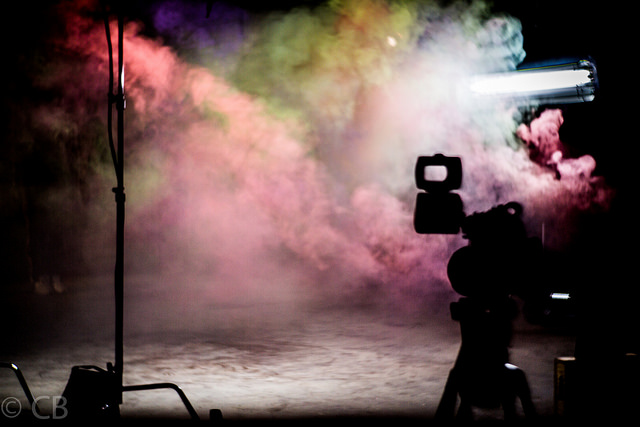 Synchronisation has become an increasingly popular sector of the music business in recent years, with artists more willing, even eager, to see their music placed against adverts, TV shows and films as a means to adding an extra revenue stream to their income and maybe gain a bit more exposure. 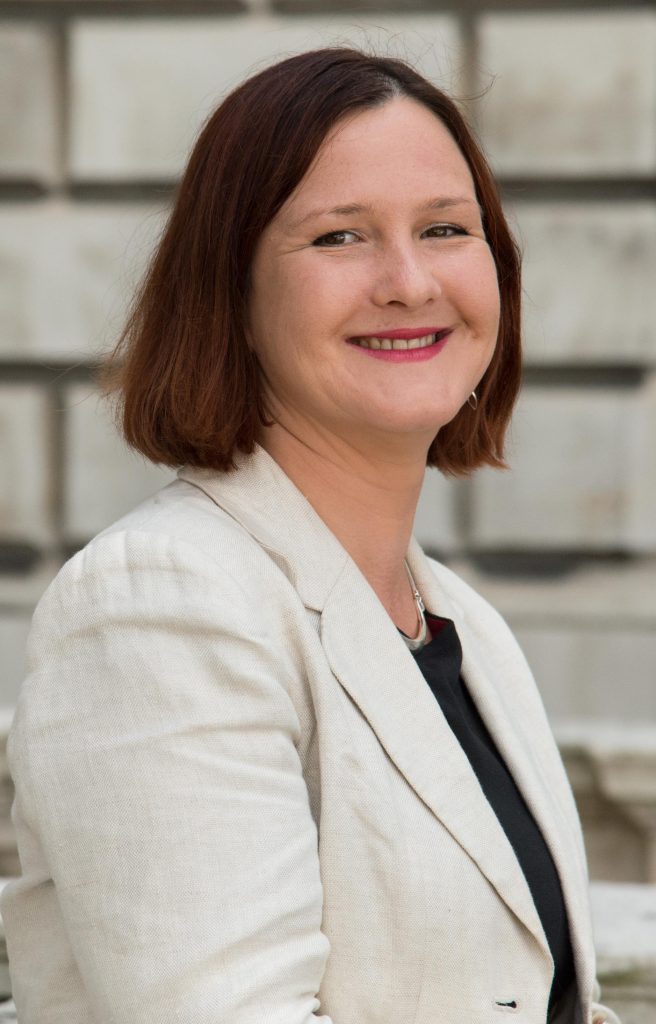 But partnerships with brands, broadcasters or film studios can hold far more potential than one off sync placements. Media companies outside the music industry are looking for more engaging, creative content with music talent at the core. From artist led featurettes on popular television shows to live performances backed by big brands, there are more opportunities for open-minded music acts than ever before – as long as their managers know how to make the most of them.

It was with this in mind that the MMF and BT Sport partnered for an event earlier this month, which brought together managers, rights-holders and gatekeepers from the world of broadcast to discuss the best strategy when navigating the world of sync.

Here, we’ve picked out some of the key pieces of advice that came out of the session:

Be upfront about what you want

When a music supervisor decides they want to use your track in an ad, TV show or film, it’s likely they’ll be working to a pretty tight deadline and will therefore need the licensing process to happen quickly. That’s why it’s a good idea to make sure your sync team knows exactly what your act is looking for and where all the necessary rights are housed before the pitching process begins. Apart from being an efficient way of conducting business in general, it cuts out the need for back and forth discussions when the clock is ticking.

“You’d be amazed at the number of people that I speak to who aren’t sure about what rights they’ve actually got,” says Believe Digital’s Sync Manager Pete Beck. “I need to know if anyone else is pitching it, if you’ve signed any third party sync deals, if you’ve licensed the record to anyone in different territories… Even if we’re only pitching to UK clients, which we’re not, those kinds of factors all have an impact.

“Beyond that, it’s good to know exactly what your act is looking for,” he adds. “Not every artist wants to be in a John Lewis ad, not every artist wants to do adverts full stop. Some artists are into video games, some want to do bespoke stuff and so on. So we need to figure out what the best approach is for the artist as well as what’s realistic.

“The worst thing a manager can say to me is ‘Let’s cross that bridge when we get to it’. We can’t take these things as they come because, especially when it comes to advertising, we’re working with deadlines of minutes rather than hours or days. If you don’t want to do ads, that’s fine, but we need to know from the beginning.”

Sync has become a very competitive sector and, while it might be nice to think that there’s one perfect song for each individual movie scene, it’s likely that music supervisors will have a few tracks that fit their needs. So how can you push your artist to the top of the pile?

“If you want your music to stand out against all the others, you have to make it as easy as possible,” says Sentric’s Director of Music Services Simon Pursehouse. “You need to help justify the music supervisor’s choice. What can you tell them about the artist? Have they just been played by Zane Lowe, are they playing Galstonbury?

“Tastemakers respect tastemakers. If you are an emerging artist, people are willing to take a punt on you, but you have to give them that little bit of justification. So, if somebody says something nice about your artist, keep a note and let your sync team know.”

Managers must be mediators

Music managers have always been shoulder to shoulder with their artist at the centre of their career. A good manager is one that brings together the various companies working in recordings, publishing, live, digital, merchandise and beyond into one cohesive team.

When it comes to opportunities with big brands or broadcasters, the manager’s ability to unify is arguably even more important as companies from outside the music industry are introduced to the overall campaign, bringing with them an entirely different way of doing things and their own objectives.

Founding partner of Resilient Music LLP and author of Music Rights Without Fights Richard Kirstein suggests that managers will often find themselves having to manage conflicting interests and make sure that the various parties involved continue to work with the artist in mind.

“When it comes to working with brands, the manager is quite often the linchpin that brings everything together,” he says. “Quite often, there’s conflict between stakeholders – the labels and publishers have one agenda, which might be financially led, but the manager is thinking about profile. Similarly the marketing team at the labels might want to restrict a brand because something might impact on their own marketing plans… The manager is in the middle and smart managers try to get everyone on board. While they’re acting in the best interests of their artist, they also want to be friends with the brand, which sometimes means cajoling the label and publisher to make sure you get the deal over the line. That can sometimes mean going against the business affairs people at certain companies whose job it is to hold on to certain policies.

As Head of Music at Endemol Shine UK, Amelia Hartley is able to point to some of the sticking points TV companies feel they are met with when working with the music business – ones which could leave a sync opportunity hanging in the balance if not managed quickly and carefully.

“Record companies are getting mandates from their HQ in America saying that they want copyright of anything we film,” she says. “Everybody wants audiovisual because of the internet. They either want to put it online or sell it as an album package on iTunes, but we shot it and paid for it, so why should we just hand it to them?”

Kirstein adds: “That’s exactly my experience when working with brands. Labels expect the brand to pay for everything but the label to own it. That’s highly problematic because why would the brand fund a project if they can barely use it? And it’s the manager that’s in the middle trying to bring everyone together.”

Think beyond the sync

While getting a track placed in a prime time ad or popular TV show can provide a significant boost to any artist’s career, these days broadcasters are looking for deeper involvement with musical talent and, as a result, are offering more creative promo opportunities.

“We’ve always tried to sell BT Sport to the music industry as a platform for artists,” says BT Sport’s Head of Music Jim Brackpool. “We want artists, managers, labels and publishers to look at what we’re doing and see it as a cool, credible place where they can introduce new artists or new releases. We like to think that the opportunities on BT Sport aren’t just limited to sync after sync.”

With this in mind, BT Sport offers ‘album launch packages’, where the artist is offered a suite of sync opportunities across the TV schedule around release. “We try to stir in a live performance, there might be a short interview or an online piece, and we bolster it all with a social media campaign,” explains Brackpool. “Having managers on board for that is really helpful.”

And while broadcasters will always be on the hunt for tracks from current artists to back their programming, Brackpool encourages managers to be proactive and get in touch.

“Have a look at our schedule,” he suggests. “If you know your artist is a massive Arsenal fan and you can see we’ve got Arsenal v Barcelona in the Champions League then get in touch. More and more we’re trying to do talent led videos where we ask an artist to do a mini feature to promote the game.”

When it does come to pitching your music for sync, it’s important to think realistically about the kind of television shows, films or adverts that might suit your artist’s sound. And a highly targeted approach is far more effective than simply sending every track in your catalogue to every broadcast contact in your address book. Remember that music supervisors are bombarded with music every day, so if you can help them by offering a small handful of tracks that you think may work for a particular project they’re working on after careful research, you’ll get both their attention and gratitude.

A good sync team will help you understand whether your artist’s songs are ‘syncable’ in the first place. As Believe Digital’s Pete Beck told the MMF audience: “Just because you have a great record doesn’t mean it will make a great sync.”

Your sync partners will also have a good idea of the kinds of shows and ads that your music will fit particularly well with – and it’s a good idea to take their lead.

“We often have artists say they’d love to see one of their tracks on Made In Chelsea but I know that it’s not right for that programme,” explains Sentric’s Simon Pursehouse. “Our job revolves around our relationship with the gatekeepers of these shows and so we need to have open conversations with artists and managers about what their music is right for and what it isn’t.”