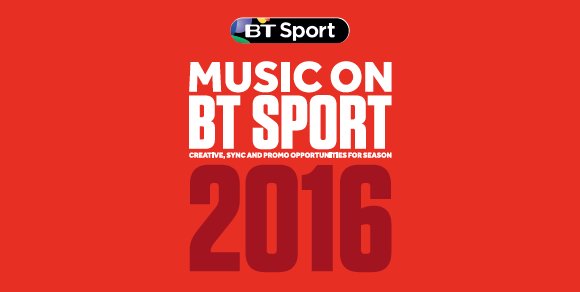 Across film, television and advertising, the world of broadcast is full of big and small screen opportunities to help maximise the success of a new single or album around release. Of course, the best strategies are those that intertwine the various threads of a campaign so that they work together seamlessly.

For managers, labels and publishers, when working with broadcasters, brands and agencies, it’s important to understand briefs, timelines and deal structures associated with different mediums as well as who the key gatekeepers are, the best way to pitch for the right projects and the various opportunities that may be available across different channels.

For broadcasters, brands and agencies, working with music artists will undoubtedly be a unique experience compared to working with actors, athletes or presenters. Complicated rights and licensing structures alone can make the music industry a daunting business to engage with for anyone on the outside.

With a view to bringing individuals from both sides together, the MMF and BT Sport will be hosting a discussion for managers around strategies for music media, broadcast and sync in BT Sports’ impressive TV studios on Thursday, July 14.

Followed by an MMF Social, sponsored by Believe Digital, in the Olympic Park with beer, BBQ and aroundersmatch, the event will connect artist managers, labels, publishers, broadcasters, brands, PR’s, agencies and music supervisors, with opportunities for networking and discussion about how the various sectors can work effectively together.

“The fact of the matter is pretty much every copyright holder in the industry is after sync, both for the income it can generate and the exposure it offers…”

On the day, a panel of music supervisors including Amelia Hartley (Endemol UK), Peter Bradbury (Sky), Jim Brackpool (BT Sport) Andrea Madden (Made In Chelsea), Pete Beck (Believe Digital) and Richard Kirstein (Resilient Music) will discuss best practice on implementing a media strategy around artists’ releases. Leading the panel will be Simon Pursehouse, Director of Music Services at independent publisher Sentric Music, which has established a strong track record in sync over its 10 year history.

“The fact of the matter is pretty much every copyright holder in the industry is after sync, both for the income it can generate and the exposure it offers,” Pursehouse tells the MMF ahead of our event. “With that in mind, the question is; how on earth do you stand out in an outrageously crowded market place? As it happens, 98% of the copyrights out there aren’t being pitched properly and, therefore, if you do the basics right and work with the right team, you can significantly increase your chances of landing a placement.”

Pursehouse hopes to draw out some invaluable tips from his panel of experts at MMF’s forthcoming event, helping managers in the audience improve their chances of landing syncs for their artists. But he also points out that any sync placement should be part of a wider media plan, rather than a final destination in itself. And, in a cyclical way, being able to present a broader campaign that’s already well underway will help boost chances of landing a decent sync in the first place.

“Sync should be something that aides the trajectory of a project rather than it being the be all and end all,” says Pursehouse. “Music supervisors will usually lean towards a track that is ‘in cycle’. Being able to show that a song is getting traction on radio, online, press and so on, will essentially ‘justify’ a supervisor, brand or TV show’s decision to take a punt on it.”

BT Sport’s Head of Music Jim Brackpool, who will be present on the MMF panel, says that, because of their unique position in an artists’ overall business, managers are best placed to see the opportunities in media partnerships beyond basic sync placements in adverts and TV shows. For the same reason, they are usually also the ones tasked with bringing all aspects of a campaign together.

“Or, because it’s such a passion piece for them, some artists are up for coming on BT Sport because they get to meet one of their heroes or they love the club or the tournament that we’re featuring. Managers look at these projects in their totality and as something that the artist might want to do just because they’re fun, meaningful and will speak to their fanbase in a different way. Whereas rights-holders can get caught up in the transactional aspects, rights considerations or contractual precedents.

“Inevitably, it is the manager that sees the bigger picture, glues the project together, leverages stakeholders and ensures they are all working together so the artist gets the most out of every aspect of the opportunity.”

We’ll be delving deeper into the best sync and media strategies at the MMF Sync Sports Day & Social on July 14. The event is open for MMF members and associates only, who can RSVP below: