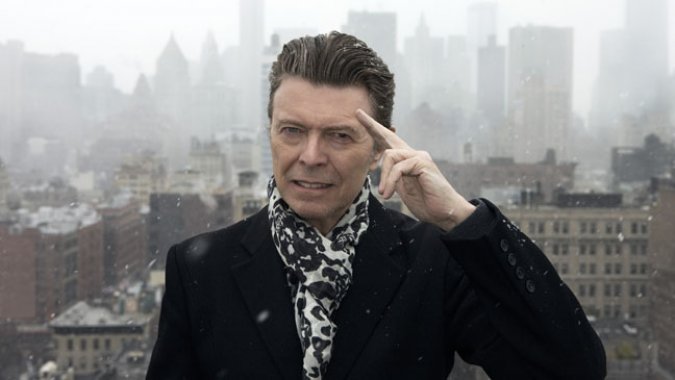 Everything that can be said has been said over the last few days.  Whether Bowie has been part of the soundtrack of your life over past decades or whether you’re young and discovered him more recently everyone has their story.

In the Eighties I was director of record producer Tony Visconti’s companies, acted as his PA and managed his iconic recording studio, Good Earth, in Soho for five years.  It was an era when there was plenty of money and we were very young and full of confidence.  You could do anything you wanted if you had drive, energy and passion.  Good Earth clients included the Boomtown Rats, Thin Lizzy, George Michael, U2, Duran Duran, the Stranglers, Hazel O’Connor and many more. It was party time (our Good Earth parties were legendary!) and there was “a Scene” that everyone belonged to and we hung out together at the Blitz club and the like.

In 1980 Visconti was co-producing Scary Monsters with Bowie.  Bowie was a long-time friend of Visconti’s as well as them having worked together on earlier albums of course.  The stories Visconti would tell were mesmerising and we would all spend hours listening and David joined in with anecdotes when he was with us.  Many stories are out there – others are not and never will be!

So they started recording in New York and then moved to London.  We were used to major artists coming through our doors and knew how to take care of everyone but of course David was going to be extra special.  I’d not met him yet but Coco Schwab, David’s PA and fierce protector, was in touch in preparation for the sessions.  We got the Columbian coffee in, the Silk Cut cigarettes, ordered his favourite drinks and food, made the studio immaculate, did extra maintenance, got in supplies, extra equipment, flowers everywhere, anything we could do in preparation for our soon to arrive guest.  I double checked the insurance for the studio to make sure that, if David should cut his finger and not be able to play an instrument, we had more than our usual high cover (I think Coco got me to do that in retrospect – it would have been on her Tick List!). The day arrived and an air of expectancy, excitement and a little nervousness vibrated around the studio. We so wanted to make it a smooth and warm family feel for David and be a credit and support to Tony.

Well it was the start of a wonderful time.  David arrived and immediately made friends with everyone.  He was relaxed, very friendly, inclusive, funny, charming, at home at Good Earth and work commenced.  He would sit on the sofa in my office for hours when not needed, chatting on every subject under the sun or commenting on the newspaper article or book he was reading.  Unlike so many other artists, although we spent time talking music, our conversations would centre much more on subjects that were absolutely nothing to do with himself or his career.  He was incredibly intelligent and well informed on world affairs, history, finance, travel, art, new technology, theories on life, the universe and everything in between.  He was curious and constantly looking into new ideas and possibilities.  He wanted to know about us, what our opinions were, what we loved, what we hated and that included all of us from the tape op upwards. We loved him.

So all ran smoothly.  In the evenings we would sometimes go out to eat with him or go clubbing and the recording of Scary Monsters continued.  The birth of another amazing record took shape and I can’t tell you how magical it was to be there and listen to the tracks as they developed and were finished.  I remember finding a Japanese actress called Michi Hirota to recite lyrics over the music on “It’s No Game (Part One)” and getting someone to rush out to get bottles of red wine for Pete Townshend who was coming in to play on “Because You’re Young” and required copious alcohol (at that time!).  We all felt very involved with the album and protective of David – some people naturally inspire loyalty and care don’t they.

But my one abiding memory of that time was the day when the album was finished and a posse from RCA arrived to listen to it.

Visconti and the team were in the control room playing the tracks and David was outside wandering around reception, in and out of the artist lounge, back and forth in my office.  He would sit down and then stand up again, was smoking his Silk Cut one after the other and was clearly agitated.  I asked him if he was Ok, thinking something had gone off that I didn’t know about. And he said with trepidation “What if they don’t like it Diane?”.  David Bowie was worrying about how the “nervous in the presence of an icon” record company people would feel about his new masterpiece!  I’ve always remembered that – none of us are excluded from feeling vulnerable.

So you know the rest, the album came out, the iconic video with the kids from the Blitz was made and the miracle that is Bowie carried on.

The next time I saw Bowie was later that year when we flew to New York to see him in The Elephant Man on Broadway.  He was stunning as usual – everything he turned his hand to was done with passion and to perfection.

We all land on this planet and we’re the stars of our own story and effect those around us and those we meet along the way but on very rare occasions something incredible and magical happens and someone effects whole generations and leaves a legacy that will never be forgotten.

There won’t be another Bowie.

But as music lovers let’s pray that the right conditions exist in today’s world that somewhere there will be someone who will touch a whole range of generations in a similar way.  I really hope so.