Home / Uncategorised / MMF IN THE USA: COMPLAINING IS NOT A STRATEGY – WHAT MANAGERS ARE SAYING ABOUT THE MUSIC BUSINESS
< Back to articles

MMF IN THE USA: COMPLAINING IS NOT A STRATEGY – WHAT MANAGERS ARE SAYING ABOUT THE MUSIC BUSINESS 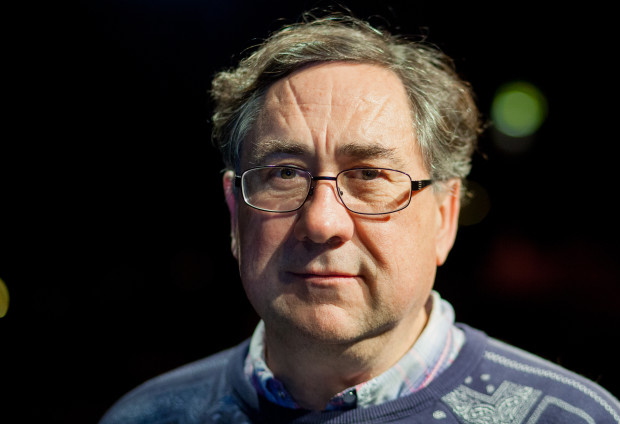 Jonny Dawson and I last visited the US in June just after the Berklee Rethink report was published.

In the three short months since, streaming rates have all but vanished from the lips of US managers and artists – replaced by transparency and the putative industry codes of conduct which might provide it.

Under the banner “Complaining is Not a Strategy – Innovation or Legislation to Solve Opacity” a distinguished and vibrant panel, moderated by yours truly, discussed the issues at New York’s Standard Highline Hotel.

Allen Bargfrede, executive director of Rethink Music at Berklee, reminded the 70-strong audience of the four topics that had been raised in the report: A Creators Bill of Rights; an industry wide standard of transparency of data and payment; rights databases and whether new technology like blockchain can help.

Oh! and education, the watchword of the MMF and FAC.

Having just read the English translation of the recently agreed Online Music Paris Memorandum I wasn’t slow to point out that it exists in this form for one reason only – the French Government’s willingness to legislate and license collectively with compulsion if the industry couldn’t agree.

Therefore, the French Code contains elements which might not be conceded so easily elsewhere, although why that should be is of course moot. The French also have a strong influence on Brussels policy when it comes to creators’ rights.

“IN JUST THREE SHORT MONTHS STREAMING RATES HAVE ALL BUT VANISHED FROM THE LIPS OF US MANAGERS – REPLACED BY TRANSPARENCY AND THE INDUSTRY CODES WHICH MIGHT PROVIDE IT.”

The “accurate reporting of data” in the Rethink report has now been surpassed in France to include the banishment of digital packaging deductions and the sharing of all revenue streams.

Whilst the UK have at least a body in UK Music to air discussions about a similar code, the US has almost nothing comparable (another issue raised at the Rethink conference in Boston the previous week) – which is exactly why the MMF are trying to bring together managers and other like-minded organisations.

David Rappaport, the lawyer, wondered if everyone wasn’t being a tad idealistic in this area but A2IM Board Member Tommy Silverman pointed out that the WIN Declaration adopted by thousands of indie labels worldwide was already in operation.

The latter was also first to chip in about a successor to the GRD, saying that it was “only a matter of time” before a new GRD would be started.

Who is going to pay for it? Maybe it will take a complete outsider to help us put our internal differences aside and make this happen? Blockchain, the word on many people’s lips, could just be a part of the solution.

Manager Jake Friedman pointed out that transparency was not the highest item on the agenda for him but that artist education to counteract erroneous stories about supposedly tiny artist streaming pay-throughs were more important.

Finally, the subject of a US artists’ organisation that could join the IAO (International Artists Organisation) was raised.

Talking Heads’ David Byrne thought it would be easier to coalesce round a single issue like the Fair Play, Fair Pay campaign or similar. Lots of work to do. A sunny Nashville morning greeted a new audience at Boundary Restaurant. Nashville always a smaller crowd but makes up for it with huge passion.

Following a similar agenda as New York, David Macias, president of Thirty Tigers management and label firm, introduced the idea of Fair Trade and thus collectivity as a central tenet to the creators’ charter debate.

The latter is a tough call in the US – the whole business ethos being about the individual or firm protecting its’ own interests and rarely the greater good and yet…… maybe the times they are a changing.

The idea that the business has always been this (financially “corrupt ”) way and can’t change is finally being challenged.

“BO DIDDLEY MIGHT HAVE BEEN BOUGHT OFF WITH A CADILLAC, BUT SHARES IN COMPANIES WORTH BILLIONS HAVE MORE ALLURE TO MODERN ARTISTS.”

Bo Diddley might have been bought off with a Cadillac but shares in companies worth billions of dollars have more allure to the modern artist and manager.

What wasn’t challenged was the point about data in the Rethink report and the fact that we as an industry have abysmally failed to provide a solution. There was resignation in the air as the belief grew that it would take an outside entity to make real progress.

Someone would need to cut through the vested interests. Jim Selby, representing A2IM and a man with a many-hatted career, concurred that tech companies could help – but would they?

Whoever does pull it off will need to spend a lot of money and who is going to foot that bill?

Third panellist John Romero from large management company Vector was optimistic and positive about the digital future and that real growth would come.

The idea of an American FAC was welcomed by artists in the audience. Thursday in frying pan-hot Los Angeles was hosted in the cool of the Sonos studio. Kobalt President Richard Sanders joined our third panel.

A sponsor of the Berklee Rethink report (for which Kobalt received criticism from some quarters, but not here) Richard laid out his company’s commitment to transparency whilst also agreeing that it was ingrained culture that kept many of the old school players lagging.

Panos Panay from Berklee outlined the ethos and conclusions of the Rethink Report, whilst agreeing that sustained pressure would be needed to affect change. And that action, not passivity, was needed to rebuild an equitable industry; something not lost on the 1,000 annual Berklee graduates who helped write the report.

Lawyer Jordon Bromley and artist manager Jake Udell from The Third Brain talked about the breakage issue, but also said it was not surprising when “no audit had ever found overpayments – just always money owing.”

“ACTION, NOT PASSIVITY, IS NEEDED TO REBUILD AN EQUITABLE INDUSTRY.”

There was even caution about viewing “at source” accounting as a step forward, owing to the large amount of possible deductions made by CMOs for a whole host of reasons that can make a mockery of the term.

Jordan Bromley interceded on the subject of artist leverage and stated that as it grew individuals could make waves about how and where they wanted content to appear.

Occasionally, though, it needs a representative group to talk on behalf of those without the crowbar.

Jake Udell added that the concern really was about: “Anytime there’s a company that’s making decisions on behalf of their entire catalogue as opposed to the needs of the individual artists it’s not  going to benefit the artist”.

Our first visit to Austin found us hosted by manager/promoter Ryan Matteson at C3presents (pictured) – the first day of the second weekend of Austin City Limits.

Similar topics to the other three sessions were discussed, until Phil Waldorf of the Secretly Group (fielded by A2IM) highlighted the increased importance of playlists and those that compiled them.

The light of transparency perhaps needs shining in this new area as well.

In a wide-ranging discussion, attendees voiced rumblings that labels were prohibiting artists from recording sessions for radio and TV stations and the tactical use of exclusives by all players.

“ATTENDEES VOICED RUMBLINGS THAT LABELS WERE PROHIBITING ARTISTS FROM RECORDING SESSIONS FOR RADIO AND TV.”

We are returning to the “promo dept. puts it up, legal dept. takes it down” mentality of yore.

That surely is going to be a factor in future contract negotiations. There are many powerful entities out there pulling in many directions.

All in all, the MMF’s visit to the US was a positive trip but where the same questions of imposed versus voluntary agreements:

There was a definite feeling that action is beginning to deliver results, however, and that is no bad thing.