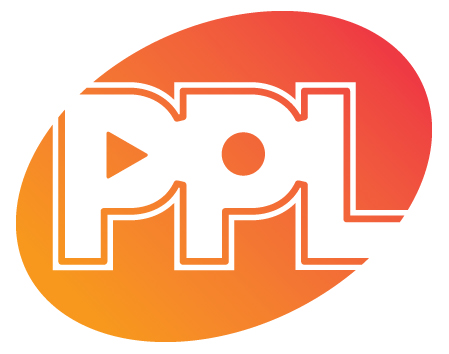 We are pleased to report that Mark Kelly and Crispin Hunt have been elected to the PPL Board as Performer Directors. Congratulations to them both and to Fiona here at MMF/FAC for successfully rallying support. Many thanks to those who encouraged their artists to vote.

This week (Wednesday 27 November), two Performer Directors were elected to join the PPL Performer Board and main Board at the seventh PPL Annual Performer Meeting (APM).

Performer and songwriter Mark Kelly was re-elected, having already spent a successful four years as a PPL Performer Director. Performer, producer and songwriter Crispin Hunt was newly elected to take the second available position; a recent introduction instated earlier in the year at the PPL Annual General Meeting (AGM).

The meeting took place in the grand setting of the Royal Institute of British Architects (RIBA), Portland Place, London. PPL Performer Board Chairman Gerald Newson opened the annual event, warmly welcoming those in attendance and outlining the proceedings of the meeting.

Two items of formal notice were announced by PPL’s Company Secretary David Harmsworth; item one being the election of the two Board Directors. David explained the voting system and also provided a summary around the four candidates standing for election which included Robin Millar CBE and Iain Sutherland.

The second item of formal notice was the release of the Annual Performer Review. The informative review begins with statements from Peter Leathem, PPL CEO and Gerald Newson – who were delighted to announce that in 2012, there was an 11% increase in licence fee revenue and a 12% rise in the amount distributable to members, with progress continuing into 2013. The document provides a range of top-line statistics around 2012’s financial highlights and up-to-date detail on revenue streams, played recordings, PPL systems, membership services and also UK and International payments. Click here to view the PDF of the Annual Performer Review 2012-2013.

Insightful presentations were delivered by Gerald, Peter and PPL’s Director of  Performer Affairs Keith Harris. Peter thanked both the PPL Performer Board and main Board for their continued insight, support and governance. A ‘Q and A’ session then followed, with Peter inviting members to openly express their views and queries to the presentation panel.
Following the meeting Mark enthused: “It’s great to see that more performers stood and voted than ever before in this election and I will continue to look after performers’ interests at the Board table at PPL.”

Crispin commented: “I am honoured to be a member of this Board. I am extremely grateful to everyone who voted for me. And I will do my damnedest to properly represent those that this position was created for – the makers of new music.”
Crispin and Mark share the role of CEO of the Featured Artists Coalition (FAC). The FAC are an organisation promoting the rights of Featured Artists, helping all performers acquire their fair share of the profits generated by their music, notably now more than ever digitally. A key focus of the FAC is up-and-coming featured artists and emerging acts, aiming to familiarise them with the music industry and their own rights.

Both are also members of PPL. Crispin originally found musical fame as lead singer of 1990s Britpop band ‘The Longpigs’, and now writes and produces music for a long list of artists including Jake Bugg, Florence and the Machine, and Rihanna; plus a host of underground dance DJ’s and X-Factor winners. Mark has now been the keyboardist of British rock band Marillion for 32 years and is a huge advocate of new digital technology for making and marketing music – campaigning for the fair and accurate distribution made to performers across all channels.

You can read Crispin’s and Mark’s full candidate statements by clicking here.

Regarding this election, Peter Leathem, stated: “I would like to offer my congratulations to both Crispin and Mark. I look forward to working with them both and know that they will help us to continue serving the needs of our performer members with even greater effectiveness and clarity.”

Gerald Newson also commented: “Congratulations to Crispin and to Mark on being re-elected. We look forward to the benefit of their music industry experience and contribution to the new board structure. They are valuable additions to the task of serving performer interests and revenues.”

For more information about the APM, view our official APM press release. PPL were also live tweeting from the event;  to read the event updates and join the conversation, search #PPLAPM2013 and remember to follow @pplukfor future event and company news.