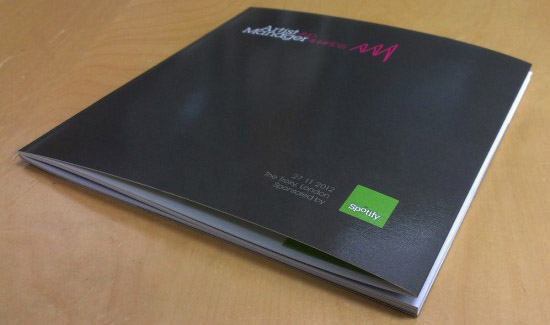 The MMF and FAC are excited to announce the nominees of this year’s Breakthrough Awards. These awards have been created to shine a light on those individuals’ hard work to create great music, build an audience and get the attention of the music business. The winner will be announced at the Artist and Manager Awards, sponsored by Spotify on 27th November.

With one week to go until the awards, there are a very limited number of tickets left. To buy yours please visitwww.amawards.org

The MMF and FAC will be providing free taxis to run from Liverpool Street station on the evening of the awards. To book yours, please email info@thefac.org

Terry Blamey, who has managed Kylie Minogue for the past twenty five years has put together a list of his favourite tracks including Massive Attack, Gotye and of course, Ms Minogue herself.

Amanda Palmer’s playlist, entitled Evil Inspiration, showcases those artists that inspired her whilst making her 2012 album, Theatre Is Evil and contains the likes of The Doors, Adam & The Ants and Philip Glass.

Meanwhile, Zane Lowe created a ‘Class of 2013’ playlist predicting the biggest players of next year comprising of Mikill Pain, Monsta and Palma Violets, whose management company, Golden Arm, has been nominated for a Breakthrough Manager Award this year.

The Spotify playlists can be embedded online to enhance editorial coverage using the Spotify Play Button. If you need any help embedding tracks, albums or playlists please follow the easy-to-use step-by-step guide on the Spotify blog, found here