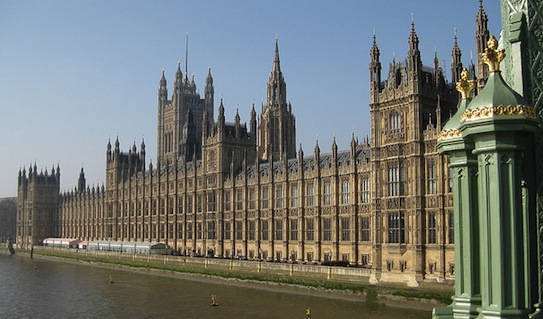 Please see below a letter from Lord Clement-Jones regarding the restrictions of free flyering and leafleting that are imposing unnecessary bureaucracy and fines on small music events and emerging artists.

To show your support to Lord Clement-Jones’ campaign please email Josie Appleton of the Manifesto Club at josie.appleton@manifestoclub.com  asking her to add your name, position and company to the petition. You can also help to raise campaign awareness by circulating this information to your colleagues, artists and contacts.

A letter from Lord Clement-Jones:

Last year the Manifesto Group published a booklet entitled “A Liberty Lost” outlining how up and down the country local authorities are using powers granted by the Clean Neighbourhoods and Environment Act 2005  to restrict leafleting for cultural events, including performances at comedy clubs, theatres, music venues, art galleries and even village halls.

Then Manifesto Group and many supporters inside and outside Parliament are now starting a campaign for an exemption to be introduced as an addition to the existing exemptions for religious and political groups which would cover the announcing  of any small-scale local event of an educational, cultural, social or recreational character. Small scale would mean comprising not more than 500 people.

For me supporting this campaign is very much allied to the objectives of my Live Music Act passed earlier this year which sought to encourage small scale music events and deregulate them from unnecessary bureaucracy.

We are seeking a wide range of support for a letter and a corresponding petition, which we hope to publish in the Telegraph in mid October, signed by wide range of prominent members of the music, entertainment and the arts sectors.

This is the wording of the letter and petition:

Under the Clean Neighbourhoods and Environment Act 2005, councils can designate areas within which people must buy a licence to hand out leaflets. Nearly a third of councils now restrict leafleting, and licences are prohibitively expensive – £350 for a Saturday in Basildon, £50 per person per day in Oldham and Rugby, £262 per distributor in Wolverhampton.

These rules have been catastrophic for local organisations such as theatres, village halls, comedy clubs and small nightclubs, which rely on leafleting to build an audience, but cannot afford such fees.

A flyer ban in Leicester Square caused the collapse of several comedy nights and a dramatic reduction of audiences. One Women’s Institute was threatened with a fine for handing out leaflets about their art exhibition. Oxford student societies and arts events have to pay £100 a month for leafleting. The leafleting licence system in Brighton caused the decline of small experimental music nights.

Leafleting is a key civic freedom, with a long tradition in this country, and should not be restricted without good reason. Litter can be dealt with through the proper provision of litter bins and other common sense measures, rather than restrictions on people’s rights to use public space.

We call on the government to amend the Clean Neighbourhoods and Environment Act 2005, to provide an exemption for leafleting in relation to small-scale cultural and community events. The Act already provides exemption for political and religious leafleting, or leafleting on behalf of a charity. A wider exemption would avoid the unnecessary penalisation of small-scale events that are so valuable to community life.

I very much hope you will be able to confirm your public support for the campaign and help spread the word to your high profile contacts in the industry.

Photo: Parliamentary copyright images are reproduced with the permission of Parliament.