Home / Uncategorised / Jonny MMF checks in from SXSW…
< Back to articles

Jonny MMF checks in from SXSW… 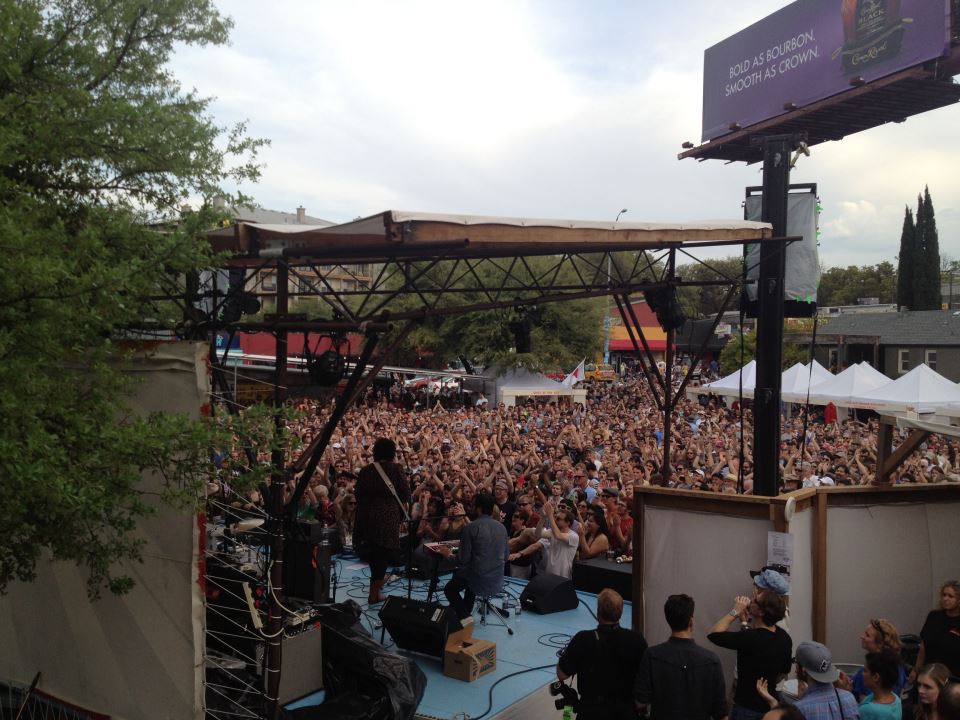 So SXSW 2012 has been absolutely brilliant so far. Rumour has it that its the biggest attended SXSW in 5 years, and it feels it. A bit of a British invasion too. Highlights on that front have been the Communion Records showcase, the Bella Union showcase and the British Embassy showcases have been ace. Ben Howard, Michael Kiwanuka, Marcus Foster, Daughter, Treetop Flyers (I manage them so would say that 😉 the list goes on and it seems to be going down a storm!

It’s my first SXSW and for those that haven’t been it’s basically like being at a Western themed Glastonbury, but it in a city, in venues! It’s hot, lots of BBQ meat and beer and lots of UK industry. It’s strange seeing so many familiar faces miles from the UK.
Aside from the great British bands I’ve seen there has been a massive ‘one to watch’ from this side of the pond. Alabama Shakes are the absolute festival highlight for me so far, a bit like an early female fronted Kings of Leon, with a dose of soul thrown in. The star signing for Rough Trade this year, and definitely a band to check out then they tour the UK this summer!

Not much time for sitting around here, but just wanted to say big thankyou to all who attended our UK & US manager get together on Friday. It was incredibly useful and great to get some US perspective on global issues.