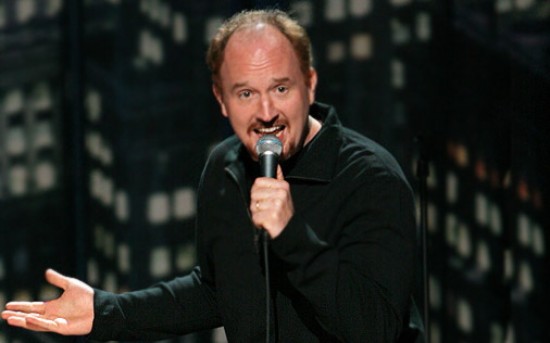 In a recent Lefsetz Letter, Bob Lefsetz highlighted US comedian Louis CK’s direct to fan sales experiment – in which he made 500,000 USD in 4 days from sales of a DVD of one of his live shows.

Read Louis’ own reflections on the experience, how he and his team pulled it off and the valuable lessons learned here. And find Lefsetz’s disection below.

He brushed aside college and went straight to the clubs. He went all in, like a gambler in Vegas. And his career was riddled with one failure after another, can you say “Pootie Tang”? But he kept on keepin’ on and now he’s the number one Internet sensation, I’ve gotten more e-mail about the distribution of his Beacon show on the Net than any other subject in months. What have we learned?

You can go on a TV show, your name can be known by millions, but that doesn’t mean you’ve got any staying power. If you want a notch in your belt, a line in your resume, go for instant fame… But I’ve got to tell you, so many of the flashes in the pan, especially the reality TV stars, are ashamed of their notoriety and would give anything to have it fade away and never radiate. Sure, there are those still trumpeting their moment in the sun, but they’re such creepy losers we want nothing to do with them.

To be great, you’ve got to make mistakes. Louie’s FX show may have been nominated for an Emmy, but “Lucky Louie” on HBO was canceled and forgotten. It’s kind of like signing a major label deal and failing to connect and going out and making it anyway. But today people want the label to do all the work and are sour grapes when they don’t make it. You’re on your own baby, nowhere as much as in show business, where they’re lining up to replace you.

No one arrives instantly formed. I’ve known of Louie for years, but only now has he connected, only now, having matured in years, has he refined his comedy to the point where the masses can relate. He hasn’t forgone his edge, but now he can show his heart.

Someone sent me a Kickstarter campaign for an 11 year old who wants to make a CD. That’s what I want to hear, the wit and wisdom of middle school. Why do we keep on listening to the prognostications and idiocies of the young and stupid when anybody with a brain knows that wisdom comes with age?

What is Kim Kardashian gonna do in ten years?

The same thing Paris Hilton is doing. Drugs. And trying to find a spot in a society that has no place for her.

Without a fan base, without an audience, Louis C.K.’s Beacon video would have fallen on deaf ears. You can pay a publicist to get you on “Entertainment Tonight”, just don’t expect anybody to care.

People still believe if you can just cross that threshold, you’re in the club. And the way to get there is by signing a deal with a major or working the publicity angle so damn hard that everybody knows you and you’re made.

Linda Chorney may have gamed the Grammy system, may have even gotten a bit of mainstream publicity, but is anybody listening to her music, has she gained any real fans?

So she can post her nomination certificate on her wall, has a story to tell, but she’s moved the ball not an inch as an artist.

It’s easy to be famous.

It’s hard to have fans.

The Internet video sale only worked because Louie had fans. First and foremost who were aware of what he was doing. We’re all on information overload. You can put out the press release, the paper can even print it, that does not mean the target audience sees it. You’ve got to have people who follow you, you’ve got to earn their trust to the point they’re paying attention to you on a regular basis. You don’t do this by yelling at them, but by creating work they value.

3. Publicity is a byproduct, it comes after the fact.

I guarantee you Louie had no idea this story would become an Internet sensation. You just do the work, you never know what will happen. He did one Q&A on Reddit, posted a bit on his homepage and suddenly people were forwarding his words around the globe.

This is the story of the 99%. We want to embrace our own, put them on a rocket to the top. We hate being talked down to, sold to, we’re sick of homogenized crap made for everyone that appeals to no one. Louie didn’t edit his act for popular consumption, the fact that he was his true self blew this thing up.

4. This is proof of concept.

That you can do it without the machine. But don’t expect the floodgates to open. The first mover gets all the attention. And most people just don’t want to put in that much work. They’d rather have someone else do it. But if you want control, and art is all about control, you’ve got to do it yourself. And the great thing about having success on your own is you get all the money. Which in this case could end up being less than a traditional outlet might pay Louie, but the name recognition and status achieved through the Internet sale is worth MILLIONS!

Louie didn’t try to screw his customers with DRM and regional locks. That’s for the fat cats at the movie studio, the 1%ers. That’s why the entertainment business is in trouble, it’s on the wrong side, that of the clubby fly private rich as opposed to the unwashed minions keeping them alive. You can put up all the barriers you want, they’ll never hold the public back. We see this in politics and it applies in business too. You’re in bed with your customers, never forget it. And I’m sure plenty of people torrented this show, but maybe the non-payers weren’t really fans and now will become ones. Furthermore, fans paying for Louie C.K. is like Wisconsinites investing in the Green Bay Packers. There’s no return, just the honor of being involved. What kind of messed up world do we live in where people believe in sports teams more than musicians? The players are two-dimensional, artists turn sideways and there’s still something there. But today’s big time “artists” have capitulated to the system. We love those who break the rules, like Radiohead and Louie C.K.

This is a milestone. Radiohead’s pay what you want model wasn’t repeatable, but it paved the way for artists doing it for themselves, when the winners take chances, when they don’t play along with the money, it turns heads, it inspires people. Arcade Fire not selling out, not making a deal with a major, showed that it could be done. Everybody won’t be selling their concert videos online and making hundreds of thousands of dollars but when given no opportunities by the man, they’ll see they can do it another way.

One of the reasons artists have lost power is they no longer lead. It’s kind of like our President. He’s so busy appeasing people that even his natural constituency is turned off. Hell, the public has no idea where it’s going, it needs those with experience, with attention, to take risks and lead the way. And they must do this unencumbered by the system. We’re mired in school, we work for the man, our artists are supposed to inspire us, not shrug their shoulders and say they’ve got no option but to rip us off.

People are excited by the possibilities Louie C.K.’s move has uncovered. You don’t have to do it the traditional way.

But no one’s gonna care if you don’t have the goods. A great marketing plan is irrelevant if the product sucks.

And a great artist doesn’t repeat what someone else has already done but tweaks it, improves it, makes it his own.

The dam has been opened.

But really, only a trickle has seeped out.

But our entire nation, the whole world is sick and tired of being abused and told they’ve got no power. John Lennon was right, POWER TO THE PEOPLE, RIGHT ON!

A synopsis of the story (so you don’t have to read the entire Reddit Q&A): http://bit.ly/vHFJz7

AND MOST IMPORTANTLY, LOUIE’S STATEMENT: https://buy.louisck.net/statement