The Music Managers Forum (MMF) and YouTube Music are delighted to announce the first 24 individuals to benefit from the Accelerator Programme for Music Managers (APMM). Drawn from across England and Scotland, these managers represent talent from a wide range genres including grime, metal, reggae, pop, drum & bass and jazz.

The programme, which is also supported by Arts Council England and Scottish Music Industry Association (SMIA), was launched in October 2018 and is the first independent funding and professional development initiative designed solely for artist, songwriter and producer managers. APMM is aimed at benefiting upcoming music management businesses through a combination of financial and educational support – offering 12-month grants of up to £15,000. With additional backing from ACE and SMIA, recipients will benefit from tailored training and expert mentoring delivered in partnership with CMU Insights and Music Ally.

All will be overseen by experienced manager and music specialist Paul Bonham, who will take a 12 month secondment from his current position as Relationship Manager, Diversity & Music at Arts Council England to project manage the initiative. Consulting partners for APMM include Urban Development, Small Green Shoots, I Luv Live and Generator, while partners providing business support include Harbottle & Lewis, Sheridans, Simkins, Simons Muirhead & Burton, Music Insurance Brokers and SRLV. 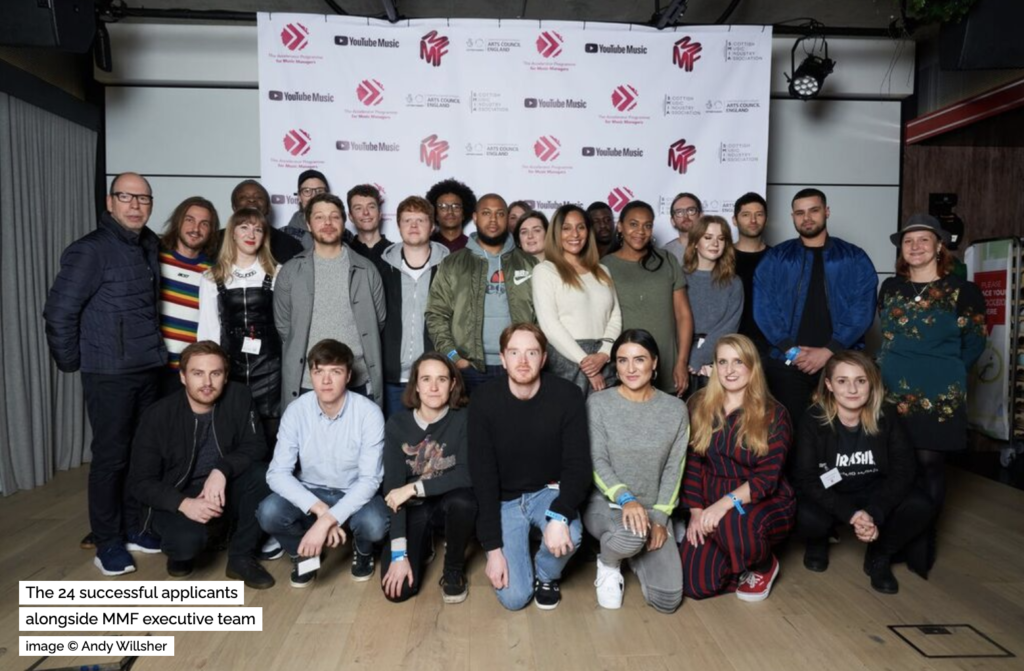 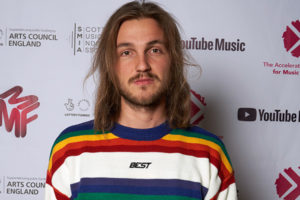 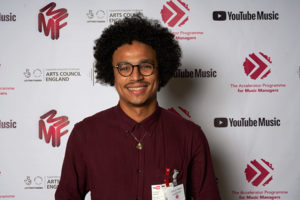 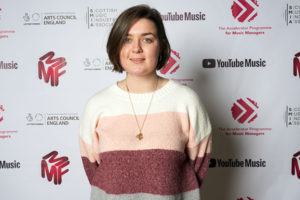 After a couple of years working between management companies, labels and touring, Charlie started up in Highfield Music in 2014 in the hopes to develop a varied roster of exciting, talent and forward thinking artists, producers and songwriters. Her current roster is made up of Jordan Mackampa signed to AWAL Recordings, Million Miles signed to Anti Fragile Records and Matt Ingram who has worked with the likes of Laura Marling, Lianne La Havas and many more. 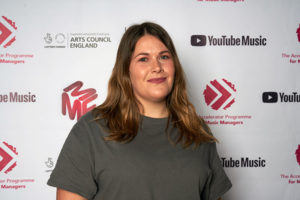 I started out my working life with the intentions of becoming a lawyer completing my Law LLB at King’s College London and then on to a post-grad LPC qualification, My true love however was always music and specifically the business of music. My first internship was with Berlin-based !K7 Records which soon turned into a full time job managing Tricky and German trio Brandt Brauer Frick which took me touring across Europe and really was a baptism of fire. I moved from there to a younger start up company with an expansive roster. After that closed down I set up shop solo and so began cSquaredLDN. Taking with me existing clients, producer/artist TĀLĀ and the act I had begun developing Eloïse we have had a very successful 2.5 years, including the Christmas Bose TV campaign, partnering with Native Instruments, working with Grammy nominated producers and now very much looking forward to the year ahead. I have also recently expanded the roster with pop megastar-in-the-making Raphi. 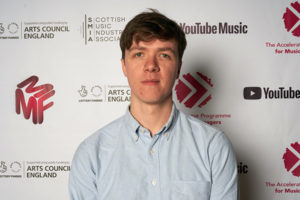 Chris Chadwick is an artist and producer manager based in London. Following stints working for Transgressive Records, Rockfeedback Concerts and Stephen Budd Management, he started Famous Friends Management in October 2016 and currently manages the careers of artists and producers including Puma Blue, Guy Sigsworth and Cherif Hashizume. 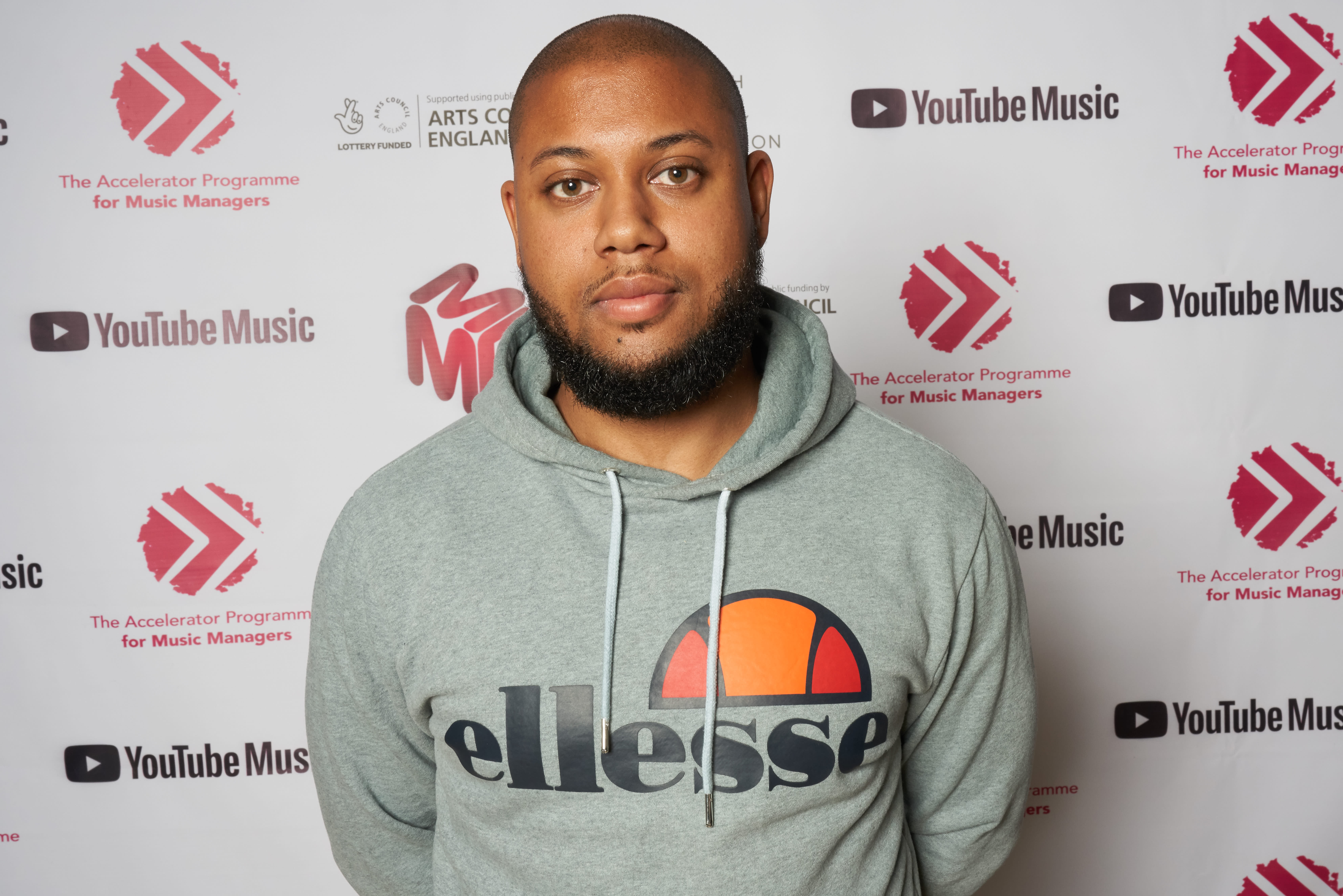 I started off in the industry as an event promoter back in Uni first booking the local funky house MCs which then evolved to throwing after parties for US urban artists. Management happened by accident as i started off helping songwriters to find sessions & pitch songs, fast forward to now where I run management company; Forbidden Artists where we represent artists who have a distinctive cultural edge in their own right. Under the roster is Culan; a dancehall influenced artist & producer who’s on Black Butter, production duo; Y.K.W who have credits for the likes of Chris Brown, Ms Banks & Wiley and Fredwave; an artist who merges soul and underground influences within his music. 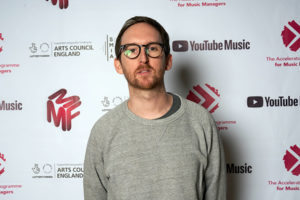 London based Manager David Rowett of Northbank Management who currently manages TENDER, Big Society, LANNDS, and Keels. TENDER release new Album ‘Fear of Falling Asleep’ on Partisan records (IDLES, Cigarettes after Sex FONTAINS DC) on January 18th who have amassed over 80m+ streams to date. Big Society, LANNDS and Keels are all working on various new music and releases all scheduled for release later in 2019/2020. 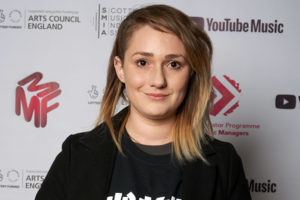 Georgia Strawson has been working in the music industry for six years, first cutting her teeth in the live business after joining ATC Live in 2013 working alongside the MD in nurturing the company and looking after a roster of 30 artists. Her venture into management began in 2014 when she began to A&R and develop talent in her spare time. She is now running her own independent business under Time Management, operating with a strict ethos of quality over quantity. Georgia currently manages IDER (Glassnote) and has recently signed a brand new artist whom she’s moving into production this year. 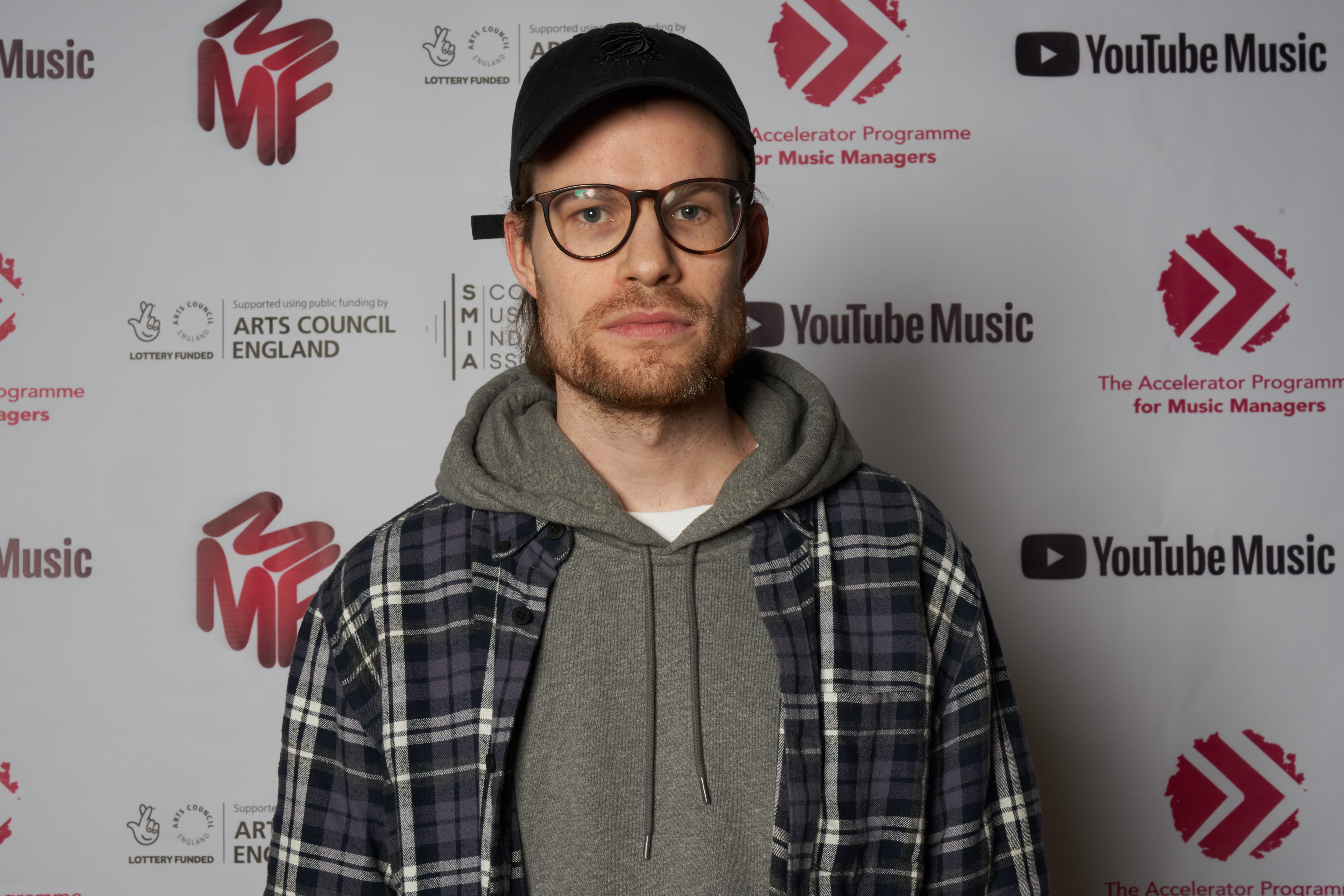 Born in Newcastle-Upon-Tyne, Grant Brydon is the manager of East London singer and songwriter Murkage Dave. The two have been friends and collaborators for the past five years, and last year independently released Dave’s debut album ‘Murkage Dave Changed My Life’. The pair have focussed on cultivating a dedicated community around Dave’s music, selling out a headline show in 24 hours before the album was even released, repeating the success a month later when they sold out his 2019 headline tour even faster. They thanked fans for a successful year with True Religion-sponsored Christmas Dinner and are kicking off 2019 with a support slot across the UK and Europe with The Streets. Outside of management, Grant is also deputy editor of Clash Magazine, online editor at RWD Mag and co-founder of PUSH. Ian Tunstall is an artist manager from London who started as a music journalist before setting up an independent record label and management company SO Empire. He began his management career working primarily with UK and US rap artists. Now working across several genres, his current roster includes LA-based singer Amindi K. Fro$t, UK producer/DJ duo Brookes Brothers and artist/producer Ayo Beatz. 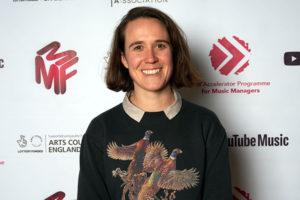 Jen Long has been working in music for over a decade. She presented BBC Introducing on Radio 1, was the voice of BBC Three, and presented festival coverage for the channel. After leaving the BBC, Jen worked at DICE as Music Editor before leaving to set up her own company Take Care Management looking after Aaron Porter, Para Alta and Mammút. Former creative strategist at agency The Brooklyn Brothers and A&R scout at the record label Young Turks – where he signed the artist network TTY – at present, the London based DJ, radio host, music & creative consultant works with some of the most exciting budding artists spanning avant-garde experimental music to pop, Rap / R&B in London and the USA. Notably including the multi award winning Jazz virtuoso Moses Boyd. 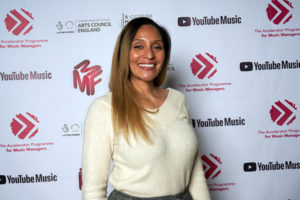 Loretta Andrews started in music at a young age and has over 20 years of experience in the industry. With experience as a session singer, signed artist, Radio broadcaster and event host she has well-rounded skills in most aspects of the business. She founded Safe Music Management in 2015. Currently Loretta manages Poet, Producer and Rapper, Joshua Luke Smith, British/Nigerian/Jamaican Folk-Soul Singer-Songwriter, Bianca Rose and award-winning Rap and Grime artist Guvna B. 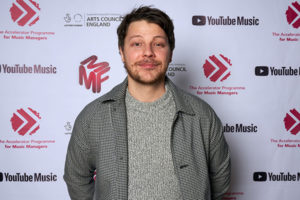 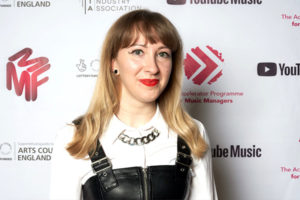 Incendia Music represents artists across the rock and metal spectrum and has been operational for 7 years. Having featured as one of Music Week’s Rising Stars, Lulu Davis aspires for her company and roster to be at the forefront of heavy music. Her personal roster consists of Australian Prog Metal outfit Voyager who have gone from strength to strength in the 4 years she has been managing them, and who have recently signed a record deal with Season of Mist. Other acts on her roster include Metal Hammer Golden Gods Nominees Brutai, who will release new music this year, and The Five Hundred, who have been making waves since their signing to Long Branch Records. Nick’s entry into the music industry was as a DJ with Digital Farm Animals, having performed all over the world at festivals and clubs including Tomorrowland, Mysteryland, V Fest, Fabric and Ministry of Sound. He has over three years experience in songwriter, producer and artist management and in early 2018, Nick set up 37º looking after multi-platinum DJ-artist Jay Pryor, grammy-nominated soul and RnB producer-writer Maths Time Joy and Brazilian bass music bad-ass rrotik. Prior to embarking on a career in music, Nick studied and lived in Beijing and Moscow and qualified as a chartered accountant at international firm Deloitte.

‘Nike Durosaro was a practising social welfare lawyer in 2011 when she started working with Shakka. She initially started managing Shakka part-time as a “passion project/ side-hustle”, alongside her main job. Seven years later, she decided to quit her job to manage Shakka full-time and can now proudly say that she has developed a two time MOBO Award winner, platinum selling songwriter and a gold selling artist. Shakka’s 2018 summer single “Man Down” has been streamed over 70 million times, clocked up 22 million youtube views and climbed to #25 in the UK singles charts. He had his first headline European & UK tours in 2017 and has just announced his second UK tour for April 2019 (tickets on sale now). 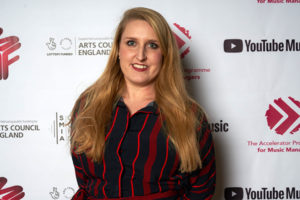 Rachel Millar Management aims to build a creative partnership with artists to help realise their vision. Currently representing two of the most innovative and in-demand jazz musicians in the world, UK based saxophonist Shabaka Hutchings and US based trumpeter and producer Keyon Harrold. 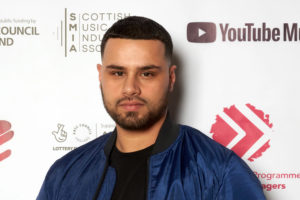 RNR Management was launched following over 5 years of professional work in and around the Music and Audio Industries. With a natural network of fantastic contacts built up across Labels, Music companies, Singers/Writers, Other management companies and Audio manufacturers, this led to an easy decision to launch my first business venture as Music Management. 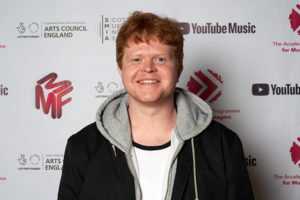 My name’s Sam Meaghan, and I manage two acts, one is called SPINN, and the other is a new one called SPQR. Over the past two years, I have been working for ModernSky UK and their bands on the roster such as The Blinders, Red Rum Club, No Hot Ashes, and, Calva Louise. 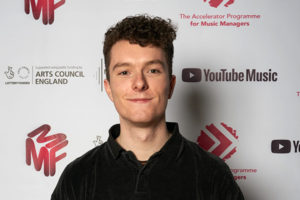 Stephen Archibald is the owner of Jumping the Shark MGMT, based in Glasgow, Scotland. With a background in PR and digital marketing, Stephen and his company have a strong focus on in-house promotion and development, understanding the benefits of third party collaboration, as well as the importance of providing its artists with a self-sufficient release platform. 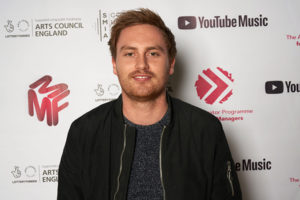 I have been around the music industry for nearly 10 years, from being an artist myself to running my own management company. These experiences have given me a unique perspective with my work. I currently look after a number of exciting UK artists in the Rock and Metal genres, who will all be releasing new records alongside extensive international touring in 2019. Polar who are signed to Nuclear Blast / Arising Empire, Woes who are signed UNFD and a brand new artist called My Only. 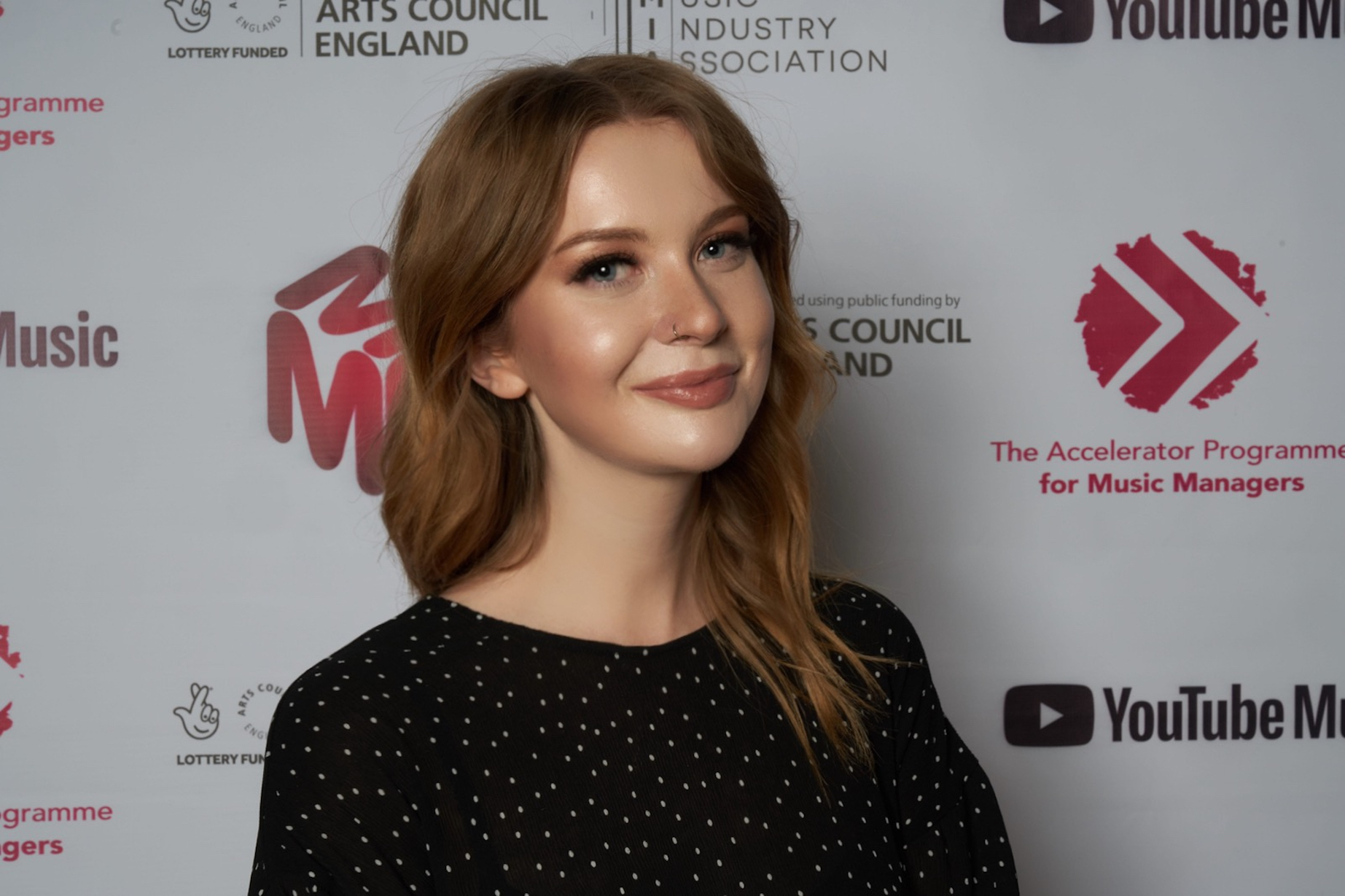