The Music Managers Forum (MMF) and YouTube Music have today announced the second wave of successful applicants for the Accelerator Programme for Music Managers.

Reflecting the true depth and diversity of British music, this year’s 20 participants are drawn from across the UK and represent an extraordinary range of 66 artists, songwriters and producers – from drill rappers and heavy rock bands to experimental instrumental groups and award-winning jazz ensembles. They include managers of acts shortlisted for the BRIT Awards Rising Star, the BBC Sound of 2020, BBC Radio 1Xtra’s Hot for 2020 and the Mercury Prize.

Over half the group are from outside London. 38% are female, and 52% are from Black and Ethnic backgrounds. Only three currently operate as full-time music managers, with the majority balancing this role with other freelance, consultative or short term employment. Developed by the MMF, Accelerator is generously supported by YouTube Music, Arts Council England, Creative Scotland and the Scottish Music Industry Association (SMIA). 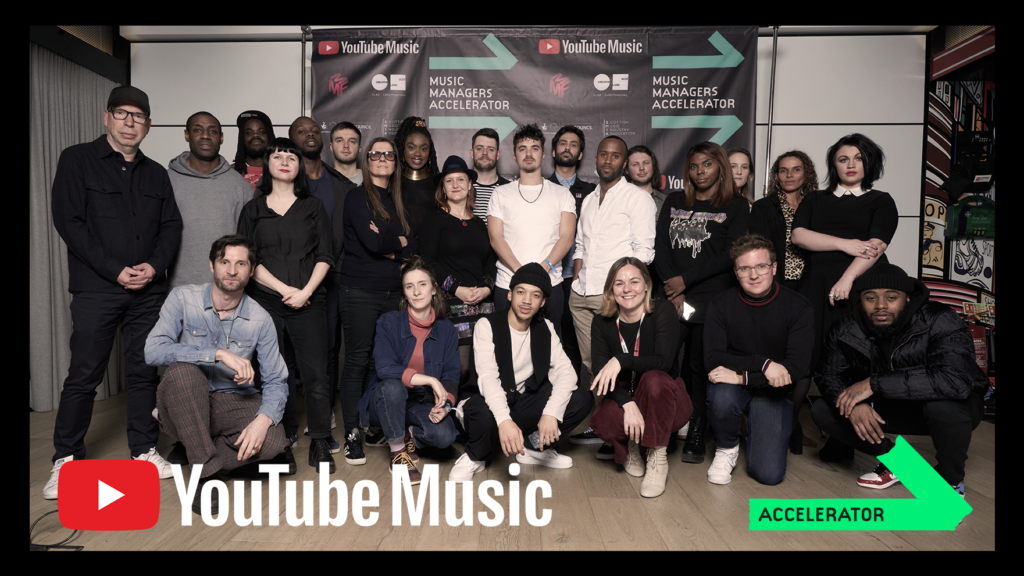 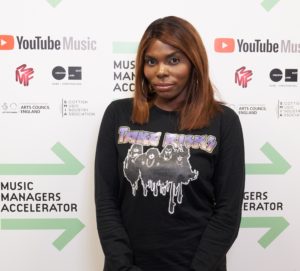 “My niche is that I only work with Midlands talent as this is a place with a lot of creativity but not enough managers to build artists. So I started The Ko-Lab as a music management company working to build artists missed by the mainstream. My highlights so far? A Class working with Red Bull for a creative series, Smuggzy Ace doing a Nike campaign and Mowgli going on tour with superstar Popcaan. Looking forward to reaching new heights and new goals in 2020.” 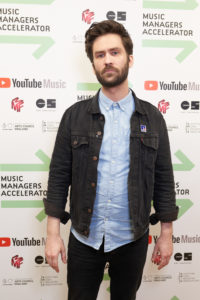 Following an early career in the live sector as a promoter and tour manager, in 2014 Ellis shifted across into creative production and development consultancy. Across these roles, he has worked with and for the likes of Crystal Fighters, Actress, Flohio, Ladytron, Neneh Cherry, Mount Kimbie, Darkstar, Michael Price, Kelly Lee Owens, and Evian Christ. Having gained a broader perspective on the needs of artists, managers and the wider industry Ellis moved into management in 2019, focusing on artists that blur the lines between artform and genre. His roster currently includes Erased Tapes’ instrumental group Immix Ensemble (collaborators of artists such as Jane Weaver, Bill Ryder-Jones and Forest Swords), electronic producer and composer – Vessel, and the acclaimed violinist and director of Manchester Collective, Rakhi Singh. 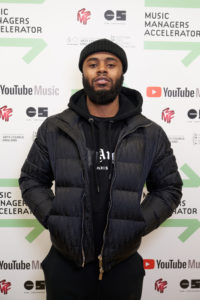 “Growing up I was influenced by moguls such as P Diddy and Jay-Z. What they have achieved in this industry is inspiring and revolutionary. I feel like now is a great time for young aspiring managers like myself to look at that history and be able to make their mark. My goal is to take the artists on my roster to an international level whilst remaining independent and building a brand that will give the artists business longevity.” 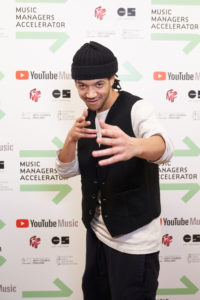 With over eight years industry experience, Bobby managed the career of singer/songwriter Elli Ingram from 2011-2018 – overseeing major publishing and recording deals (with Sony ATV and Island) and collaborations with artists including Chase and Status, Will Heard & Jordan Rakei. During this period, Bobby also worked for Disturbing London, advising on projects for A2, Sasha Keable, Siobhan Bell, Wizkid and Tinie Tempah, and partnering on events with Mercedes-Benz and Disturbing Ibiza. Currently living in Brighton he looks after rap & production duo Frankie Stew & Harvey Gunn (two sold-out UK tours in 2019) and Karl Benjamin who recently signed to Little Goat/Atlantic Records. 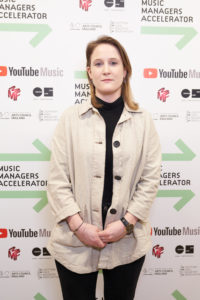 Starting out running live music nights around Camden Town, Charlie joined global live agency UTA for a two-year period before gravitating towards management – becoming independent in January 2018, and taking on London-born soul singer Joy Crookes. After signing to Insanity Records, Joy has built a significant online audience – a performance of Mother May I Sleep With Danger? on the COLORS platform has received more than 8m YouTube views – and following a recent Jools Holland performance and a BRIT Awards Rising Star shortlisting, she secured fourth place on the BBC Sound Of 2020. Joy’s debut album is scheduled for release this year. 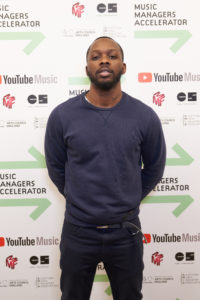 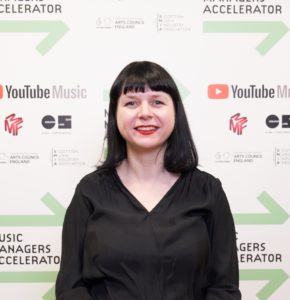 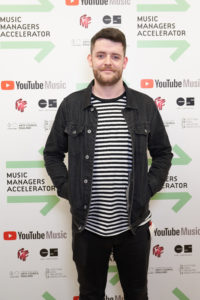 After a decade working in live music, including roles as an international tour/production manager and promoter for bands including The Hunna and Coasts, Conor established Narrative Management in 2018 and works with a new generation of rock bands. From his current roster, both InVisions and Captives will tour the UK later this spring. 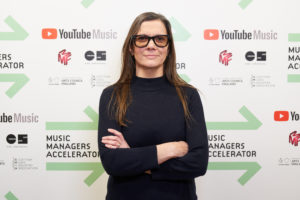 Denise is the co-founder of Glasgow-based management company 677, and represented Glasvegas since 2006 – guiding the band to Platinum success and a Mercury nomination for their Sony-released debut album. Glasvegas will release their fourth album 2020, alongside new music from other 677 clients, indie rock band Freakwave, and Steph Johnston, a street soul singer who has supported Catfish and the Bottlemen. 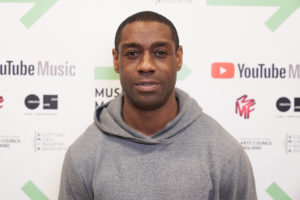 Born and raised in Coventry, Earl ran a Caribbean takeaway before entering music management – converting unused space in the upstairs of his restaurant to create a studio. This became a hub for aspiring musicians, supported by an in-house team of producers. Growing from strength to strength, Frontlinzz as offered strategic guidance, planning and mentoring to local musicians, including Jevon and now Pa Salieu – whose track Frontline, licensed to Warner Music UK, has already catapulted him onto Music Week’s one-to-watch shortlist for 2020. 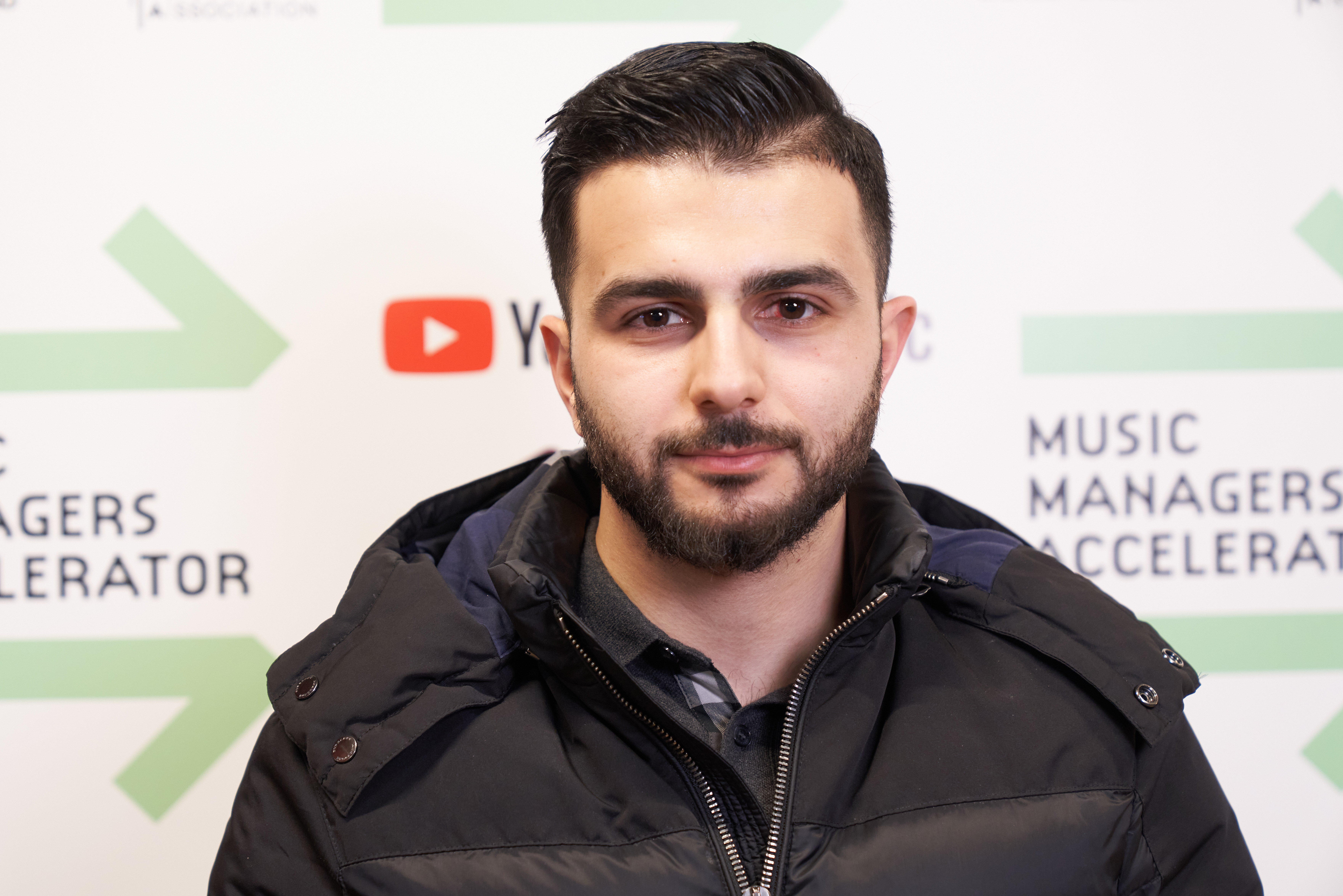 1Xclusive is an emerging music company based in London focusing on musicians in the UK. Founded by Edd, in 2017, the company has since acquired and developed many clients. The management company is continuing to develop the current roster successfully, with the aim of acquiring more talent in the future to support emerging or established talent to add to the UK music scene. 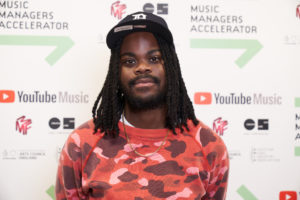 Pausing a prospective career in law to pursue music management, Gaius has overseen the success of UK rap collective House of Pharaohs since 2015 – facilitating the release of five mixtapes/EPs, numerous singles, collaborations with Nike and sold out UK shows. The careers of several group members have blossomed since, with Bandanna taking a role on Netflix’s Topboy, BlazeYL releasing a run of underground hit singles, Danny Stern providing voice-over for FIFA20 and Sam Wise receiving critical acclaim for his debut EP. 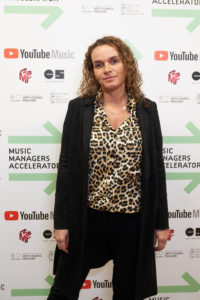 Returning to A&R for a 5-year spell at Virgin/EMI (Gorgon City, Kali Uchis, Sinead Harnett, Kiesza) and then ATM (Chase & Status, Alesso, Swedish House Mafia, DJ Snake), Jade currently consults for Alex Boateng at Island Records – working on projects for Ray BLK and Miraa May – and has cemented her experiences to launch a new management company aiming to support new and emerging artists and producers. 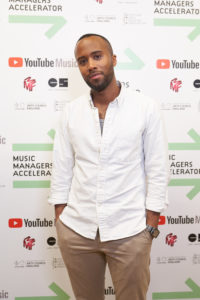 Jazz is a manager of artists, producers and songwriters as well as an A&R consultant. Originally from Birmingham, he started out in music as a performer and scored two Top 40 singles when part of a band in the early 10’s, he ventured into management by cutting his teeth at ATC & Prolifica Management and founded 67 Artists in late 2018. 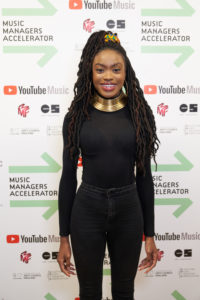 Currently manages solo artist AFRONAUT ZU, artist collective STEAM DOWN and its founder AHNANSÉ, Kaiya has worked with a great deal of other notable artists throughout her career also and has worked with many brands and companies including Adidas, Apple, Beats, Puma, Ellesse, Dr. Martens + many more. In 2017, London’s Young Music Boss Awards honoured her work in the music industry by awarding her ‘Manager of the Year’.

In addition to artist management, after observing the amount of women being overlooked within the business side of Music, Kaiya Milan started her own all female creative collective called The Sorority House & Co. established in 2015, which aims to connect, empower, celebrate and inform women in the creative industries and construct a shared sisterhood mentality.

With over a decade’s experience as a DJ, which took him to countries including Colombia, Mexico, Panama and Cuba and performances everywhere from the London Eye (as part of Red Bull’s Revolutions In Sound) to Bestival, Louis founded From Concentrate in 2017 with growing success. Last year, Joy Anonymous completed a debut tour of Spain and Portugal, performed shows in Iceland and featured on the FIFA 19 soundtrack alongside MEI who, in turn, secured PRS Foundation Women In Music funding to produce a series of EPs. Meanwhile, Louis’s third client, Quiet Man, announced himself with a debut EP and festival bookings at The Great Escape, El Dorado, Shindig and Smoked & Uncut. Louis’ favourite artists are Madlib, Alex Turner, Sleaford Mods and Burial. 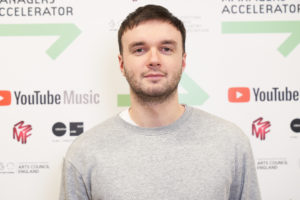 Alongside business partner Nathan Dunphy, Lyle currently represents two clients: Glasgow soul-pop singer Joesef, who was added to the coveted BBC Sound of 2020 longlist, and DJ/production duo t e s t p r e s s, a permanent fixture on Scotland’s underground dance scene. Outside of business, Lyle has gained an MA: Music Industries with distinction from the University of the West of Scotland for his research dissertation titled ‘The Modern Music Manager: How has the rise in independent and digital technology influenced the role of the music manager?’ 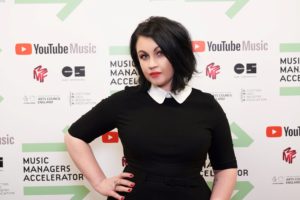 Born in Liverpool, Megan began her career in cinema – winning the Venice Film Festival’s Marcello Mastroianni Award for her role in Stephen Frears’ Liam and landing a prominent role in Danny Boyle’s cult classic 28 Days Later. Under the pseudonym Betty Curse, she later pursued a musical career, signing to Island Records and releasing her debut album Hear Lies in 2006. Now firmly on the management side of the business, Megan has nurtured a roster of UK and international artists, securing them tours with the likes of Black Rebel Motorcycle Club and Katatonia as well as bookings at major festivals.

Previously holding A&R positions at Play It Again Sam/[PIAS] UK Ltd and Atlantic Records, and running his own independent label, Pip has more than a decade’s experience working with artists including Enter Shikari, Ghostpoet, Lucius, Crystal Fighters, Keaton Henson and Editors. Now focussed predominantly on producer and songwriter management, Friends Vs Music’s client base have worked with everyone from Selena Gomez to Bring Me The Horizon, Michael Kiwanuka and Lady Gaga. 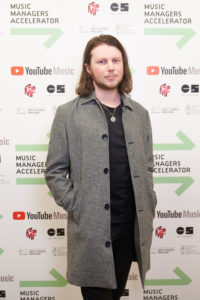 Founded in late 2016, the goal of Cannibal is to build a complementary roster of shared artistic values. Since launch, Our Girl and Dream Wife have released critically acclaimed debut albums and toured the world. Both acts are now hard at work on their second records. Heading into 2020, Tim now also manages singer/songwriter Willie J Healey and the much talked about alt rock band Dry Cleaning